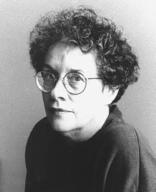 “I didn't have a chance to buy you anything," she said, then held both closed hands toward him. Uncurled her fingers. In each cupped palm a brown egg. He took them. They were cold. He thought it a tender, wonderful thing to do. She had given him something, the eggs, after all, only a symbol, but they had come from her hands as a gift. To him. It didn't matter that he'd bought them himself at the supermarket the day before. He imagined she understood him, that she had to love him to know that it was the outstreched hands, the giving, that mattered.”