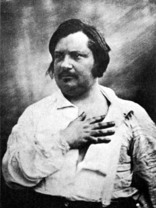 “The more he saw, the more he doubted. He watched men narrowly, and saw how, beneath the surface, courage was often rashness; and prudence, cowardice; generosity, a clever piece of calculation; justice, a wrong; delicacy, pusillanimity; honesty, a modus vivendi; and by some strange dispensation of fate, he must see that those who at heart were really honest, scrupulous, just, generous, prudent or brave were held cheaply by their fellow-men.
‘What a cold-blooded jest!’ said he to himself. ‘It was not devised by a God.’
From that time forth he renounced a better world, and never uncovered himself when a Name was pronounced, and for him the carven saints in the churches became works of art”