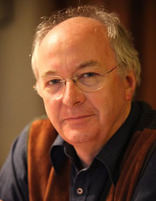 “I have said that His Dark Materials is not fantasy but stark realism, and my reason for this is to emphasise what I think is an important aspect of the story, namely the fact that it is realistic, in psychological terms. I deal with matters that might normally be encountered in works of realism, such as adolescence, sexuality, and so on; and they are the main subject matter of the story – the fantasy (which, of course, is there: no-one but a fool would think I meant there is no fantasy in the books at all) is there to support and embody them, not for its own sake.

Dæmons, for example, might otherwise be only a meaningless decoration, adding nothing to the story: but I use them to embody and picture some truths about human personality which I couldn't picture so easily without them. I'm trying to write a book about what it means to be human, to grow up, to suffer and learn. My quarrel with much (not all) fantasy is it has this marvelous toolbox and does nothing with it except construct shoot-em-up games. Why shouldn't a work of fantasy be as truthful and profound about becoming an adult human being as the work of George Eliot or Jane Austen?”

40 likes
All Members Who Liked This Quote