The linear view of art history that ignores everything branching off from the primary shoot culminating in Modern art has shown little interest in Symbolism. Certain artists have been deemed worthy of study, but only as they relate to more 'relevant' artists; for the most part they've been seen as transitional oddities. The fractal, tree-like chaos of the Post-Modern art world, however, sees Symbolism as a vital, loosely related movement whose choice of subject matter anticipated the rise of Psychology and Surrealism, as well as New Objectivism, Fantastic Realism, and scores of the most important names in Contemporary Art.

There have been some very significant monographs and exhibitions relating to Symbolism, most of them isolating what Symbolism meant in various European nations and periods. 'Myths and Mysteries: Symbolism and Swiss Artists' gives a vast retrospective platform to examine its contributions as perhaps the soul of Symbolism. Arnold Bocklin, Ferdinand Hodler, Giovanni Segantini, and Carlos Schwabe were giants all.

France was always the likely birthplace of the movement; even more than Bocklin, Gustave Moreau can be called the spiritual and artistic inspiration of Symbolism. His effortless creation of cryptic beauty and mysterious meanings is unparalleled in its decadent, intricate splendor. 'Jupiter and Semele' is proof enough by itself. Odilon Redon is just as influential, but in different ways, inspiring Fauvism through his protégé Matisse.

In Britain, what began as a group of idealistic artists who called themselves 'The Pre-Raphaelite Brotherhood' would expand to include three generations of painters. They represented a very distinct British form of Symbolism, and even at the time there was recognition of shared aesthetic philosophy between the English and their Continental counterparts. This is explored in the excellent monograph entitled 'The Age of Rossetti, Burne-Jones and Watts: Symbolism in Britain - 1860-1910'.
flag 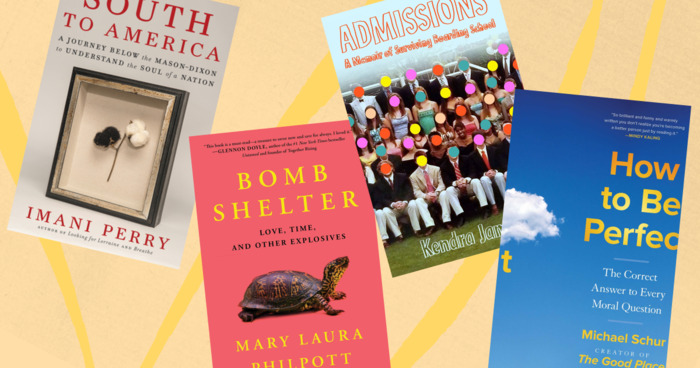 Readers' Top Nonfiction of 2022 (So Far)
For those with a taste for nonfiction—or even just a curiosity about what’s out there—we’ve gathered below the most popular nonfiction titles...
Read more...