Anyone who has studied and/or lived in China is well aware of the profoundly conflicting attitudes towards sex that pervades contemporary Chinese culture: the production or sale of pornography is a federal crime punishable by death, yet hair salons (brothels) "exist in every quarter of every city across the country"; teenage intercourse is endemic, yet when surveyed, most Chinese teens admit they only do it because they are "copying the Americans"; a majority of Chinese female adults polled "have never had an orgasm" and consider sex strictly as "a means of reproduction."

Most of these contrasting beliefs can be traced back to the Socialist indoctrination of 20th century China, whereby "repressive" governmental policies dominated every and all aspect of society, leaving the individual morally and physically "confused" as to how to "reject" their human nature.

Even in contemporary China, women are stigmatized by the state for fostering "unhealthy behavior" in society: a strict, one-child policy literally "punishes" women who become pregnant again; pubescent girls are "required" to keep their hair boy-short until college and wear baggy tracksuits at school (contrast this with the infamously revealing miniskirt uniforms in Japan).

Moreover, China has the "highest rate of prostitution per-capita in the entire world" even though it is technically "illegal." Mainland Chinese sex workers are under constant threat of arrest despite studies showing that the most common patrons of brothels in China are in fact "government officials and police officers."

The following list of scholarly works examines China’s fluctuating and contradicting attitudes towards sex, prostitution and erotica from the dynastic era through present day "New" China.

[Note: Many of these books are nonfiction university textbooks and academic papers not intended for mass-market consumption. Feel free to add fiction novels as long as they are pertinent to the theme of this list.]
flag 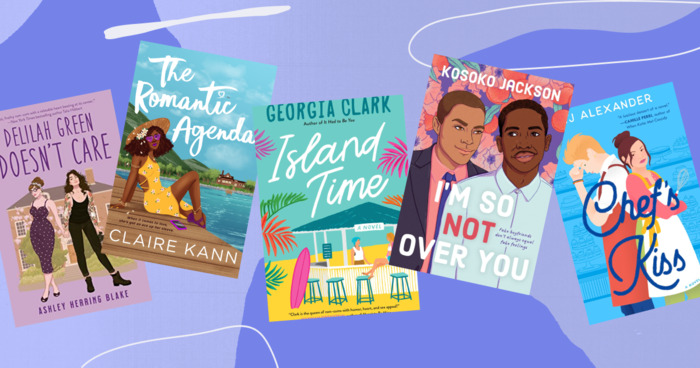 New LGBTQ+ Romances to Read for Pride (and All Year Long)
If you're looking to fall head over heels for some LGBTQ+ romances, you'll find yourself quite lucky in love with recent books. In the first...
Read more...