(There are probably more; I just haven't read them yet. Feel free to add some.)

Whether it's better storylines, less pretentious dialogue, or more compelling characters - these ten books outshine TFiOS in some way, at least to me. Your mileage may vary on whether these are all "good"; I just liked them better than TFIOS. The only cancer book I like less than TFIOS is a Walk to Remember (that's why it isn't here).

1. Before I Die
by Jenny Downham

Tessa's battle with cancer, and her drive to live as much as she can before dying, are totally compelling. Unlike with Gus, I actually felt the loss when she died.

This is aimed more at adults; it's about a group of men undergoing treatment at a Soviet-era clinic. Solzhenitsyn is in top form here.

Gus can't hold a candle to this kid.

4. Me and Earl and the Dying Girl
by Jesse Andrews

A kid's brutally funny, awkward, and honest account of what it's like when your sort-of-friend is dying of cancer.

5. Mercury Under My Tongue
by Sylvain Trudel

I haven't read this since it first came out, but I remember being struck by the lyricism and the seriousness. This book examines a teen boy's final months in a cancer clinic.

Possibly the first "cancer kid" book I ever read. Added for the blend of excellent characterization, intriguing plot, and thought-provoking concepts. There's a lot more than cancer that goes on here.

A fresh take on the usual cancer story - a man recounts his mom's cancer in graphic-novel form.

8. Side Effects
by Amy Goldman Koss

An honest and irreverent take on cancer that doesn't try to be more than what it is. Aimed at younger teens.

9. A Summer to Die
by Lois Lowry

Great characterization and realism. Older than the rest of the YA books here, it's sort of dated, but it's a classic.

Aimed at sdults, but worth the read for anybody. This was originally a play. Added for the intellectual angle on sickness and dying that TFIOS tries for but never achieves. "
flag 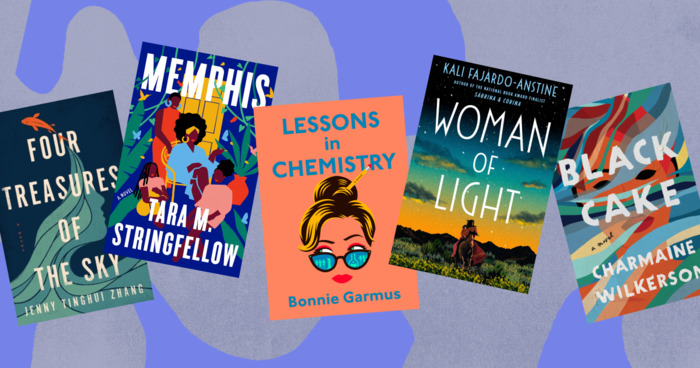 The Most Popular Historical Fiction of 2022 (So Far)
The latest in our midyear series of roundups turns to the ever-popular genre of historical fiction, as we track the most popular books of 2022...
Read more...