Per Wikipedia: The "Canongate Myth Series is a series of short novels in which ancient myths from myriad cultures are reimagined and rewritten by contemporary authors. The project was conceived in 1999 by Jamie Byng, owner of the independent foundation Scottish publishing firm Canongate Books, and the first three titles in the series were published on October 21, 2005. Though the initial novellas received mixed-to-positive reviews, the project was heralded by many in the press as "bold" and "ambitious," with Metro calling it "one of the most ambitious acts of mass storytelling in recent years."

The series is intended to have an international focus, with contributing authors that have included Russian writer Victor Pelevin and Israeli author David Grossman. Also, the first title in the series, Karen Armstrong's A Short History of Myth, was published the same day in 33 countries and 28 languages, in what the Washington Post called "the biggest simultaneous publication ever." As of 2008, nine books have been published in the series, with Byng hoping to eventually publish 100."

All Votes Add Books To This List
flag this list (?)
Flagging a list will send it to the Goodreads Customer Care team for review. We take abuse seriously in our book lists. Only flag lists that clearly need our attention. As a general rule we do not censor any content on the site. The only content we will consider removing is spam, slanderous attacks on other members, or extremely offensive content (eg. pornography, pro-Nazi, child abuse, etc). We will not remove any content for bad language alone, or for being critical of a book.
18 books · 51 voters · list created August 28th, 2010 by Candiss (votes) .
Tags: adaptation, adaptations, canongate, mythology, myths, retelling, retellings
142 likes · Like
Lists are re-scored approximately every 5 minutes.

Candiss thank you for introducing this series to me as I had no knowledge of it, and I love myths. This seems to be a nice new twist on it. :0)
Can't wait to read some of them!

Removing The Devil's Apocrypha: There Are Two Sides to Every Story.
by John A. De Vito .

Not a part of this series.

Melanti wrote: "Removing The Devil's Apocrypha: There Are Two Sides to Every Story.
by John A. De Vito .

Not a part of this series."

By the way, I was looking at Canongate's list of authors who've contributed to this series and keep seeing Tomás Eloy Martínez mentioned.


This was planned to be about myth of the Patagonian King, per an interview with one of the Canongate people.

Some more googling lead me to find this documentary, A King for Patagonia , released in 2011

I also found an indication that there was supposed to be a book released in 2011, that never happened. Mr. Martinez died in 2010, so I wonder if there was a book planned too and he just never had a chance to write it.


This is all speculation, so if someone knows the real story, please fill me in!

The books by Urban and Tokarczuk aren't available in English either or on the Canongate list. Not published. Should be removed.

Annabel wrote: "The books by Urban and Tokarczuk aren't available in English either or on the Canongate list. Not published. Should be removed."

Both have been removed.

Milos Urban's website says that it's a part of the series.

Now, whether or not Canongate ever got around to getting it translated or published is another matter, but it seems clear that it was written as part of the series.

I'm not seeing a similar statement by Tokarczuk, but if you look at the covers, there's a Canongate logo on some of the covers, so they or one of their subsidiaries was most likely involved somehow.

In both cases, I'm also seeing newspaper articles and such saying they contributed to the series.

I don't see any reason to remove them from the list. Someone who speaks Polish or Czech might find it useful.

Melanti wrote: "Milos Urban's website says that it's a part of the series.

Now, whether or not Canongate ever got around to getting it translated or publishe..."

There are more books to the series that are not listed on the Cannongate site. Some of the authors are listed at the begining of several of the books I have read.

Yep. Their site is not maintained at all. But you can't trust those lists in the front of the book. They're a bit too ambitious. They seem to list planned books, not just the ones already published.

The Oedipus book mentions Chinua Achebe, Niccolo Ammaniti, and Donna Tartt - none of which have written books for the series (to my knowledge).

The intro to the newest installment (Alai) doesn't list any of these authors. Nor does it mention Urban or Tokarczuk anymore. (Who clearly have written their contributions, even if Canongate never followed through with translating them to English.)

The only one it's still mentioning that isn't on this list is Tomás Eloy Martínez, whom I think passed away before/during writing his contribution.

I did try to find a site other than cannongate and Wikipedia that has the list, but so far no luck. I'll keep looking, but don't get your hopes up. I really do enjoy reading these books. It was happenstance that I found them while I was reading Margaret Atwood's, Penelopiad.

I'm pretty sure Canongate is done with this series. They've even taken down the series webpage from their site.

If that's the case, then we probably won't get any new additions to it.


For what it's worth, though, I found out about The Song of King Gesar by searching "Canongate myths" in Amazon's site. I hunted around and couldn't find any references to it anywhere official, so I ended up adding it into this series page and Wikipedia myself. 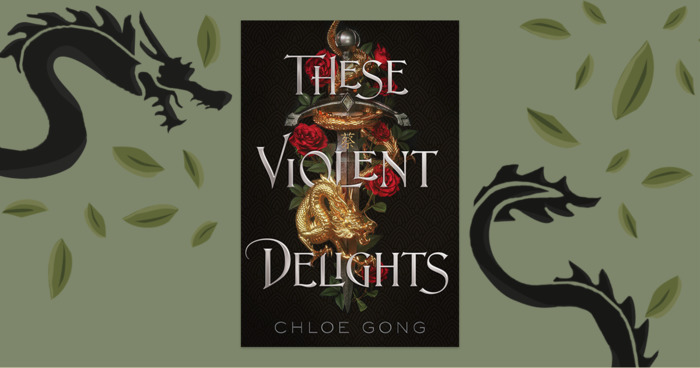 YA Debut Sets 'Romeo and Juliet' in 1920s Gangster Shanghai
Chloe Gong has a lot going on. In addition to releasing her debut YA novel, These Violent Delights, in the midst of a pandemic, she's also...
Read more...