We Are The Knights Who Say F*** - Best Grimdark High Fantasy

This list is for books which fall into the genre of high fantasy (constructed-world setting as opposed to one very similar to reality, significant magical/supernatural elements) with a much higher degree of "gritty realism", cynicism, death, destruction, misery and general unpleasantness than is often associated with the genre. Books of this sort often focus more on realistic human evil (political skulduggery, slavery, oppression, sexual violence etc.) than more traditional high fantasy, sometimes deliberately deconstructing the latter. Usually, when well executed these books will induce depression, cynicism and nihilism in their readers.

This genre has of course been popularized by George RR Martin's Song of Ice and Fire series and its TV adaptation, and this list could basically be called "Stuff Like Game of Thrones". However, there are plenty of earlier examples, and the criteria for inclusion in the list are pretty subjective. If a book/series focuses primarily on purely supernatural threats (a nonhuman Dark Lord with an army of mindless soldiers and suchlike) and displays a high degree of idealism, it shouldn't go on this list. Crucially, this means that large amounts of violence/sex don't necessarily by themselves qualify a book for this list - a story can feature graphic sex and/or violence and still be idealistic/wish-fulfilling/uplifting, whereas true grimdark fantasy will avoid the notion of solving real-world problems easily even if it doesn't feature a lot of (im)mature content.

Note that to prevent overload by long series, only the first book in a series should go on this list, unless it can be argued that a series only became grimdark in later books.

(Title inspired by the third image on this page.)

All Votes Add Books To This List
flag this list (?)
Flagging a list will send it to the Goodreads Customer Care team for review. We take abuse seriously in our book lists. Only flag lists that clearly need our attention. As a general rule we do not censor any content on the site. The only content we will consider removing is spam, slanderous attacks on other members, or extremely offensive content (eg. pornography, pro-Nazi, child abuse, etc). We will not remove any content for bad language alone, or for being critical of a book.
15 books · 15 voters · list created February 4th, 2017 by Keith (votes) .
Tags: a-song-of-ice-and-fire, asoiaf, blood, dark, fantasy, game-of-thrones, gore, got, grimdark, high-fantasy, misery, the-knights-who-say-f, ungentlemanly-behaviour
23 likes · Like
Lists are re-scored approximately every 5 minutes.

I feel like The Pillars of the Earth should almost go on this list, except it isn't fantasy! It's historical fiction. It reads a lot LIKe fantasy though, just without magic and monsters! :P 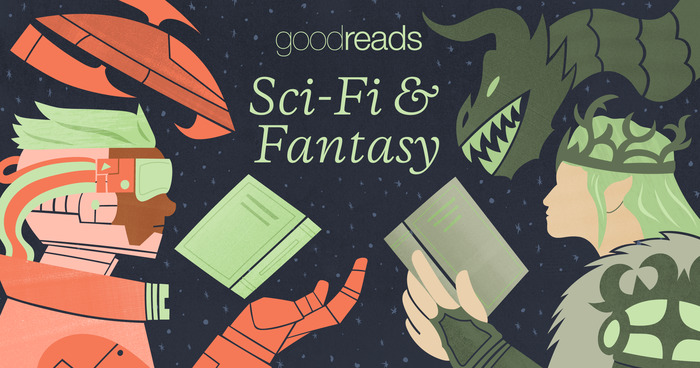 Discover Science Fiction and Fantasy Week at Goodreads!
It's time for our most out-of-this-world genre celebration! Join us as we explore speculative fiction's newest horizons.   ...
Read more...