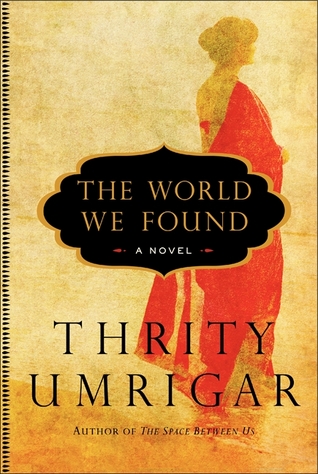 Her home base may be Cleveland, Ohio—where she teaches creative writing at Case Western Reserve University—but American writer Thrity Umrigar often returns to the settings of her childhood in her fiction. Born and raised in Bombay (now Mumbai), Umrigar has written about India's most populous city of 20 million in her novels, including The Space Between Us and Bombay Time, and a memoir, First Darling of the Morning. Her newest book, The World We Found, splits time between the United States and India as it tells the stories of four women—Armaiti, Laleh, Kavita, and Nishta—who became close during their university years in 1970s Bombay and have since drifted apart. When Armaiti is diagnosed with brain cancer, she asks her three old friends to visit her before she dies. The politically active quartet may have once shared a revolutionary attitude toward the future of India, but now their lives have diverged both in geography and circumstance. Umrigar shares with Goodreads her favorite works of literature that embody the changing face of India.

"It was my good fortune that the first novel I read by an Indian writer—until then I was raised on a steady diet of Western writers—was also a masterpiece. I read Rushdie's tour de force at the age of 21 and was immediately captivated by his brio and by his invention of a new language, complete with local idioms, puns, and wordplay, which accurately captured the dazzling, surreal stew that is India." 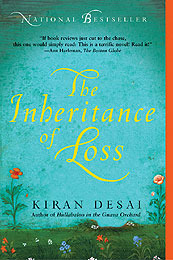 The Inheritance of Loss by Kiran Desai

"Desai's penetrating, clear-eyed, ironic view of colonialism and the class divide is set in the mid-1980s but feels painfully relevant to our globalized world. The characters are so sharply observed that even the dog, Mutt, is more alive than the human characters in other novels." 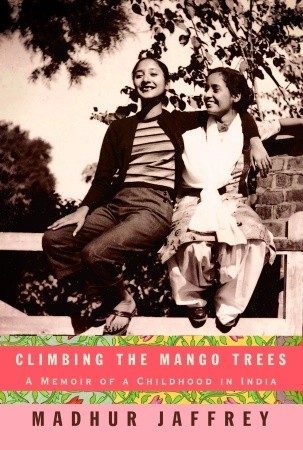 "A delightful, spirited memoir of Jaffrey's idiosyncratic, privileged childhood in a large cosmopolitan family in pre-independence India. Jaffrey writes about being welcomed into the world by her grandmother with a speck of honey placed on her tongue. Food features prominently in this warm memoir, which contains several family recipes." 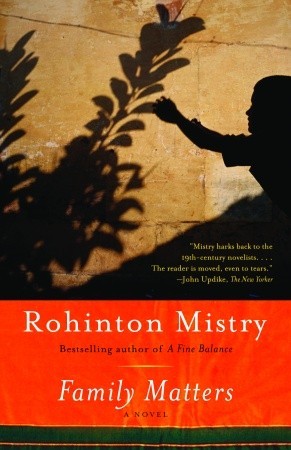 "Though smaller in scope and ambition than his earlier A Fine Balance, this novel is vintage Mistry. An old man's fall and ensuing illness precipitates a crisis within a family and tests each member's devotion and character. Most of the characters are Parsis, members of the tiny religious community that I often write about, and so the book has a special resonance for me."

The White Tiger by Aravind Adiga

"Adiga's comic debut novel had me at hello. The central conceit of the novel—a poor chauffeur writing to the premier of China—along with its breakneck speed, dark humor, and above all, irresistible narrator, make for a fun read, despite its grim depiction of the corruption and materialism of modern India."


Vote for your own favorites on Listopia: Best India Books

I have already reserved The World We Found from my library and am so excited it will soon be here. I can't wait to read your latest book! Thank you and happy new year!

I loved Umrigar's The Space Between Us, so I am anxious to read more of her work. As to favorite novels about India, I would put A Fine Balance by Mistry on that list for sure.

I have passed your list on to my sister who will be visiting India for the first time soon, and loves books set there.

Thrity,
I have read two of your books after having gone to visit India. I loved them and have ordered the rest of the books you have written in addition to the ones you have suggested. I admire your tenacity, your spirit, and courage to leave "home," and come to America. It's amazing how children often become the family's protector/prisoner when someone at home is definitely NOT the Ovaltine woman. My grandparents were my protectors. You have inspired to me to write my own story as I read many of your feelings that matched mine in First Darling of the Morning.

Last Man in tower by Adiga (White Tiger) is a knock-out. Probably 5 stars

Haven't read Family Matters but my wife and I listened to the audiobook of A Fine Balance and loved it.

I have read The Space Between Us, White Tiger and The Inheritance of Loss. All were really great books. I look forward to reading the rest of these recommendations.

"The Space Between Us" is one of my favorite books. It's also a good parallel to "The Help", both great discussion books.

You have been my favorite author for many years. I'm so excited to read what you're latest is. Some say the greatest author is one who can inspire the reader to start writing...every time I read one of your books (including The Space Between Us literally 100 times), I have to pick up my pen immediately after.

You did not mention your book, The Weight of Heaven, which I found to be very compelling all the way to the astonishing end. I love your books, thank you so much. Can't wait to read The World We Found."

Arundhati Roy's God of Small things is a good work as well.

Is there a better book set in India than Shantaram? On my all-time Top 5 list.