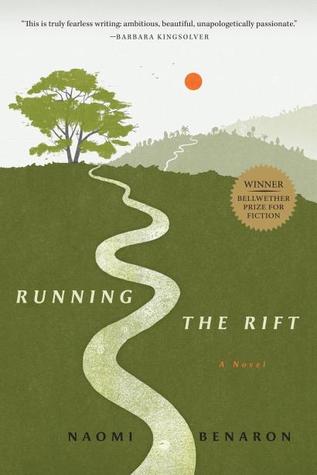 While volunteering as an advocate for African refugees in Tuscon, Arizona, writer and scientist Naomi Benaron listened to a Somali man's gut-wrenching tale of his flight from his country. Hearing his vivid description triggered an impulse: to learn more about the survivors of extreme violence. Since then she became engrossed in another East African country, Rwanda. In 1994, the nation lost an estimated 800,000 people to genocide in just 100 days of organized killing, and some estimates placed the death toll as high as 20 percent of the country's population. Benaron's 2012 debut novel, Running the Rift, incorporates two passions: her discipline as an Ironman athlete and her desire to share the resilience of the Rwandan people. Her book follows the journey of a gifted Tutsi athlete who dreams of running track in the Olympics during the years leading up to the genocide.

Running the Rift won the 2010 Bellwether Prize for Fiction, an award established by author Barbara Kingsolver to promote socially engaged fiction. Benaron now teaches through the UCLA Extension Writers' Program and mentors Afghan women with the Afghan Women's Writing Project. The Tucson-based writer shared with Goodreads some images from her time spent in Rwanda. 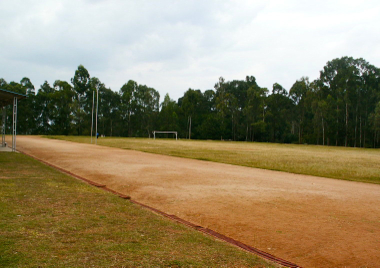 Track at National University Butare
Goodreads: What inspired you to make your protagonist, Jean Patrick Nkuba, a track star?

Naomi Benaron: There are two reasons. The first is that I am a runner, and although I'm no track star, I was a competitive age group triathlete for many years. Running is a necessity for me, and so I understand Jean Patrick's driving need and his deep love for the sport. Jean Patrick had to be someone whose heart and soul I knew, so running served as the bridge between our very different cultures. The second reason is that I have a good friend who ran the 800 meters for Burundi in the Olympics, so I could borrow parts of him and mix them into Jean Patrick Nkuba's character.

GR: The Rwandan genocide was a staggering tragedy. What steps did you take to understand the history and ethnic tension in order to tell the story from the perspective of a young Rwandan Tutsi? 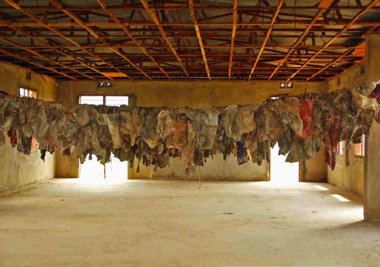 Clothes of victims at Murambi Genocide Memorial
NB: I visited Rwanda three times for extended periods of time. I talked to many survivors, and many became my friends; I stood in the churches and schools where genocide was committed and let the stories seep into my bones; I watched every film on the genocide I could find (Hotel Rwanda doesn't even count); I read every book about the genocide I could get my hands on; I visited Rwanda during the Commemoration Week and went to the services and heard the testimonials and witnessed the unspeakable trauma that remains, ghostlike, in the people's souls.

Knowing the backstory was particularly important for me, because I didn't want the focus of my novel to be the genocide itself but rather the meticulous planning over many years that made that horrific event possible. I wanted the reader to understand that genocide can happen anywhere and to recognize the signs and symptoms in other cultures, including our own.
GR: One reviewer remarks, "Like a novel that opens in Honolulu in 1940, or the Warsaw Ghetto in the late 1930s, you know what you're gonna get with a book featuring Rwanda of the early 1990s." How do you use or fight against that reader knowledge when crafting your plotline? 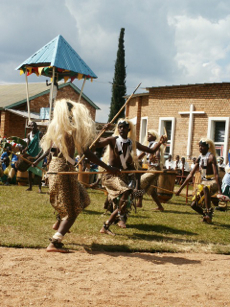 Intore dancers in Rwanda
NB: That's an interesting point. A few months ago I read Julie Orringer's The Invisible Bridge, a Holocaust novel, and had a similar experience. The novel is 750 pages, and for 400 pages I was watching these characters, whom I had grown to love, go innocently about their business while the Nazi noose tightened bit by bit around their necks. I would have to say that one just accepts that knowledge as a given and then puts it to use to heighten story tension. The coming Holocaust—or in my case genocide—is the demon that waits in the shadows around the bend. Of course you know it's coming, but you don't know how it will impact the characters. You are compelled to read on because you care about these characters and are invested in them. You read on because you have to know how (or if) they survive.

NB: I'm working on three things. My "breathing room" project is a picture book starring Scout, my coonhound, and his amazing prize-winning ears. The second is a full-length poetry manuscript that is in need of final editing and ordering. The third is a novel-in-progress about three generations of Holocaust survivors: the grandmother, a survivor of Terezín and Auschwitz, her daughter, and granddaughter, who grow up navigating the Holocaust's landscape.

As a runner who lives in east Africa (Djibouti) I am looking forward to reading this!

The novel is amazing. It succeeds on every level. Thank you for writing it.

The novel is amazing. It succeeds on every level. Thank you for writing it.

I would like to know when and Where the book will be in Argentina.

I would like to know when and Where the book will be in Argentina.