"In Bed" with John Hodgman 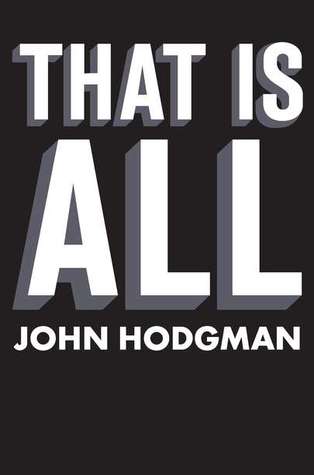 Why must one never say the word "omelet" while at sea? What is proper etiquette while visiting a British zoo? When will Oprah Winfrey give Jonathan Franzen a secret mission? Find the answers to these questions and more in John Hodgman's unhelpful but hilarious collection of false facts, That Is All. The humorist, actor, and writer often visits The Daily Show with Jon Stewart as the "Resident Expert," and his familiar face appeared as the human "PC" in Apple's long-running Mac advertising campaign. In 2005, Hodgman's first satirical book of lists, The Areas of My Expertise, established him as an authority on made-up data, a reputation solidified by the 2008 follow-up, More Information Than You Require. Now the former literary agent-turned-minor celebrity shares his favorite almanacs, books full of occasionally useful trivia. 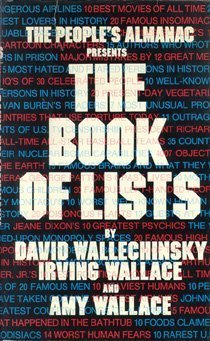 The Book of Lists by David Wallechinsky, Irving Wallace, and Amy Wallace

"This is the original collection of fascinating, weird esoterica such as Body Parts You Didn't Know Had Names and 9 Tattooed Celebrities. A huge best-seller in the 1970s, it even inspired a board game. I am very jealous of this."

"This is probably the greatest second compendium of trivia that I have ever read—an enormous influence on my own second book, More Information Than You Require. While the Book of Lists books were, sadly, all entirely factual, they did have a sublime sense of humor, each ending with a picture of 'Franz Lizst.'" 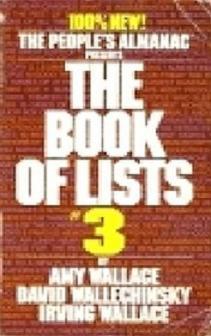 The Book of Lists #3 by Amy Wallace, David Wallechinsky, and Irving Wallace

"One day, when I was pushing against the deadline of my own third book, That Is All, I found I was running out of ways to procrastinate. I picked up the third edition of this book and eerily opened the pages to a list of books that were written in less than a month. Fate was providing me inspiration! It took me another six months to finish, however." 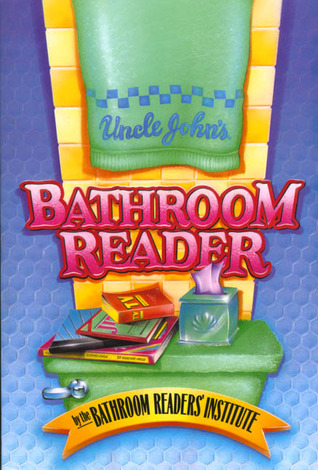 "There are many volumes now of this great work of disposable facts for disposable time, but I discovered the first edition lying around back when I was still an agent at Writers House in New York City. I was not a very good agent, but Writers House itself, a beautiful 18th-century townhouse once belonging to J.J. Astor, was a lovely place to read and scheme up a new life. And, thankfully, they also had a bathroom."

"A little 19th-century almanac of general knowledge loaned to me by my friend, the clip art cartoonist and artisanal pencil sharpener David Rees. Offering information on everything from the lives of the presidents to the diseases of the horse, its motto was 'Look within, and you shall find it'—an inspiring boast for a book only a couple hundred pages long. With That Is All, I have now written almost 1,000 pages of invented trivia and fascinating untrue facts, so I pretty much have lapped that old rag. David Rees can have it back now."

I can remember those original "list" books when they were published.... I want to add that I adore John in his role in HBO's "Bored To Death"- my husbandand I were out of control laughing watching the Dick Cavett interview episode! You're a great comic addition to that "literary noir" show.

I am also a big fan of John Hodgman's various enterprises...especially his podcast, Judge John Hodgman. I highly recommend it! Hodgman is one of the best humorists working today.