Posted by Goodreads on October 31, 2011
79 likes · 12 comments
A thriller writer for the cerebral reader, Umberto Eco is just as renowned for his intricate plotting as for the arcane details he adds to his historical mysteries. Given Eco's extensive background in semiotics and philosophy, it's no surprise that his books borrow from those scholarly domains, but what is impressive is their widespread appeal. Translated into dozens of languages and read worldwide, his best-sellers include the murder mystery The Name of the Rose (1980), the conspiracy-theory potboiler Foucault's Pendulum (1988), and more recently the psychological thriller The Mysterious Flame of Queen Loana (2004). His latest historical mystery, The Prague Cemetery, is already stirring up controversy among European readers for its challenging portrayal of an anti-Semite, the novel's sole fictional character among a host of 19th-century historical figures. The immoral Captain Simone Simonini works as a master forger and secret agent possibly responsible for The Protocols of the Elders of Zion, a fraudulent text and conspiracy theory that later served as Adolf Hitler's justification for the Holocaust. The Italian writer and professor shares with Goodreads his thoughts on writing a despicable protagonist. 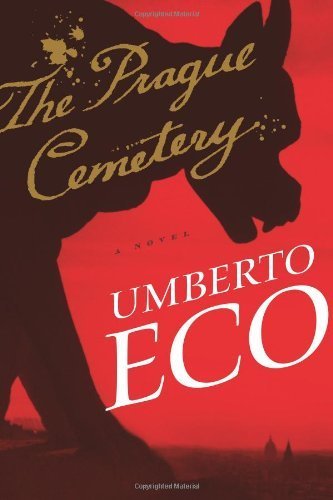 Goodreads: At the heart of The Prague Cemetery is the concept of hatred. What inspired you to explore hatred as a theme for a novel?

Umberto Eco: I could say that there are too many novels devoted to love and that it was time to explain hatred, which is a feeling far more diffused than love (otherwise there would not be wars, crimes, and racist behavior). Love is a selective relationship (I love you and you love me and the rest of the world is excluded by such a feeling), while hatred is collective, social: An entire people can hate another one, and that is why dictators, to keep they followers together, ask for hatred (not for love). I remember that having spent my childhood under a fascist dictatorship, I was continually taught to hate some other country—French, Englishmen, Americans—and was encouraged to love only Mussolini. Happily this kind of education did not work, and this is why I have written The Prague Cemetery.

GR: On the Internet, information spreads very quickly. Compared to the 19th century, would you say that it is now easier or more difficult to determine what is true and what is false? Could a text like The Protocols of the Elders of Zion become influential today?

UE: Unfortunately it works more today than before: It is enough to go on the Internet and see how many sites are devoted to racist arguments. And on the Internet a naive surfer never knows if what is said is true or not. Better that young people read my novel so they will know what is a forgery. The Protocols circulate largely in the Arab world, but you can also find them in many Western bookshops. It means that there is always an audience for them.

GR: Your protagonist, Captain Simone Simonini, is a misanthropic, disagreeable man. What were the risks of placing an antihero at the center of your story?

UE: Simonini extols such dangerous and repugnant ideas that it was important to make him equally repugnant. Was that solution risky? At the beginning I was afraid that it was. Then statistics convinced and is convincing me that a great number of readers in various countries accepted the game. Besides, in the history of fiction there are many other negative characters. Take, for example, Richard the Third, Macbeth, Iago.

GR: Digital books are beginning to expand the definition of a "book" by including multimedia, reader interaction, and other innovations, as you discuss in This Is Not the End of the Book, written with Jean-Claude Carrière. Can the traditional book be improved?

UE: We are saying that the book (the paper book) is still the best way to convey information. I am a user of computers and the iPad, and I think that they are very useful for many purposes but that they cannot ever substitute for the book. In the same way in which photography did not make painting outdated.

GR: Goodreads member Nigel_s asks, "There is a self-referential quality I love that occurs in almost all of Mr. Eco's works—books about books, characters who are unreliable storytellers who force or encourage the reader to question the story, storyteller, author, and sometimes even themselves. I would love it if he would comment on that perception and possibly share what kind of list, or list of lists, was created while writing the current book."

UE: It was an enormous list of texts of the 19th century, anti-Semitic tracts, anti-Masonic pamphlets, anti-Jesuitic booklets, and so on. For instance, I succeeded in recovering the immense amount of books published by Léo Taxil, a character who many readers believe was invented by me because it looks highly incredible, and instead really existed and did what he does in my novel.

GR: Goodreads member Serbulent Sengun asks, "I would like to know whether Mr. Eco thinks that he uses history to create literature or literature to explain history? Is history a living science?"

UE: In some of my novels (such as Baudolino) I used history to create literature, but in The Prague Cemetery I used literature to tell the historical truth, to uncover a historical fraud.

UE: It can happen that I can write on a train, or I can imagine what I will write later when doing something else. The general habit is rather that I collect materials and ideas when I am in the city, and then I write when I am in the countryside during the winter or the summer.

UE: If I were influenced by a single author I would be an idiot. One is influenced by different authors in different seasons of one's life. That is intellectual growth. Besides, my answer would be different if you ask about philosophers or about novelists or poets. In order to answer let me give two names, Joyce and Borges.

UE: Please, in two months I'll be 80 years old. Let me think about new programs and ask the question again for my 90th birthday.

I have enjoyed S. Eco's books very much, particularly Foucault's Pendulum. His ability to weave plot, believable characters, history, philosophy and semiotics, while keeping the reader guessing about who is telling the truth, who is self-deluded and who is a complete charlatan, and simultaneously making the reader wonder about not just the content of the book, but also his or her own comprehension and predispositions, always leaves me in awe.
I'm so glad to hear there is another novel available!

Immensely enjoyable book. I am an ardent admirer of Eco, this was also unputdownable.

I was glad to see this interview waiting in my inbox. Eco is easily my favorite living author. Excited about the new work!

Did you research the Jewish section of Prague(and the cemetary) personally ?

I have enjoyed Eco's ability to write well in numerous genres.

Happy Birthday Mr. Echo. I very much look forward to what will be a great read no doubt..

Only one word: Thanks.
Mr. Eco novels have been a great pleasure to read and always taught me something new. The two main ideas are: you can collect dates and names, mix and get almost any version of history... so be cautious about what are people selling you as the truth.
Second: if you travel to the past to kill Hitler before he was a dictator, any other could have been a fanatic trying to anihilate another group (blacks, latinamericans, gays...)

I've read The Name of the Rose and Foucault's Pendulum...love them...Eco's other books are on my wishlist. 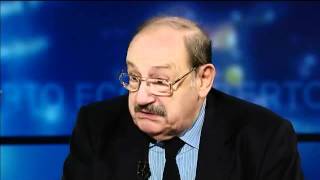