"In Bed" with Oscar Hijuelos 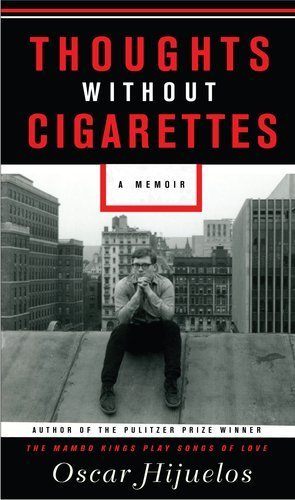 In 1990, American novelist Oscar Hijuelos became the first Latino writer to win the Pulitzer Prize for Fiction; his The Mambo Kings Play Songs of Love is a lyrical and sensuous story of two Cuban brothers who go to New York City to become musicians during the mambo craze of the 1950s. Hijuelos's oeuvre, which includes Our House in the Last World (1983) and Dark Dude (2008), often explores immigrant life and identity in the United States. The author now turns his focus inward with a new memoir. Thoughts Without Cigarettes recounts Hijuelos's childhood in a rough Manhattan neighborhood as the son of working-class Cuban immigrants and examines the events that transformed him into a writer. Now a professor of English at Duke University, Hijuelos shares five great works by Latino writers. 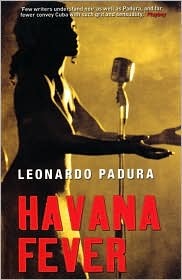 Havana Gold, Havana Red, and Havana Fever by Leonardo Padura
"I just discovered this Cuban writer recently, and I'm glad for it: He writes highly readable and lively mysteries that not only pay attention to language, but are also deeply textured in their prose as well as entertaining. Or to put it differently, he combines the intrigue and dark colorations of the noir genre with a quite literary sensibility."

Learning to Die in Miami: Confessions of a Refugee Boy by Carlos Eire

"This is a memoir about Carlos Eire's early experiences as a newly arrived Cuban exile in America in the 1960s and his gradual—and reluctant—assimilation into American culture. A moving account about his growing pains, it is also often quite funny—and well worth reading for both Latinos and non-Latinos alike." 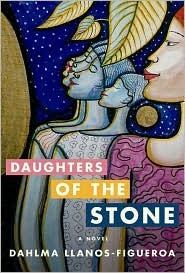 "This first novel traces the lives of succeeding generations of Puerto Rican women from the 19th century onward. Though its ambitious historical narrative is reminiscent of the Latin American boom writers, it has a distinct personality of its own. In particular, I enjoyed its feminist perspective as well as the author's tender loving care about language, a quality I find badly wanting in many a book published today." 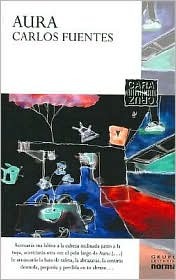 "This hard-to-find ghost story is a marvel of Borgesian sleight of hand combined with dashes of García Márquez's magical realism. Decades old, it showcases the craft of a young master on the verge of becoming a great novelist. This is a book for readers who like solving a literary puzzle as it unfolds."

"If there is a grandfather of Latin American magic realism, it is Juan Rulfo. Set in a mystical Mexican landscape, Pedro Páramo is a paradoxical novel—brief and mysterious. Like a dream unfolding, it is both grounded in reality and in the supernatural. This is for readers who like to get lost in a world different from their own."

I am Cuban American,thank you Good reads for introducing me to these authors

This is great; thank you for the recs. I'm always looking to widen my reading genres!

This is a wonderful list. I am bi-lingual/bi-cultural, Spanish-speaking African-American female and I am always excited to learn about books by Latino writers. My bookclub, Go On Girl! Book Club, read Daughters of the Stone by Dahlma Llanos-Figueroa and voted her both our 2010 Best Female Author and Best New Author of the Year. She is the first person in our 19 years of giving author awards to earn this distinction. I'm glad to see the book recognized by Mr. Hijuelos as well.