"In Bed" with Dorka Keehn 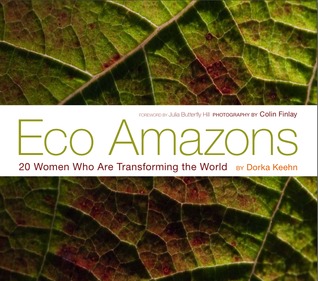 Journalist, filmmaker, and social entrepreneur Dorka Keehn dedicates her time to finding female-driven stories. She is the founder of Emerge America, which has trained nearly 700 women interested in running for political office. Also passionate about creative pursuits, Keehn is the producer and host of Keehn on Art, an arts and culture radio and Internet program. Her new book of personal interviews, Eco Amazons: 20 Women Who Are Transforming the World, highlights female environmental leaders and their planet-friendly sustainable projects and includes images by documentary photographer Colin Finlay. Keehn shares five books written by transformative women.

"The Pulitzer Prize-winning autobiography of Katharine Graham, the first female CEO of a Fortune 500 company and the former publisher of The Washington Post who died in 2001. A painfully honest account of a woman who overcomes deep insecurities, troubling family relations, and a destructive marriage to become one of the world's most powerful and influential women. Her story is not only one of breaking gender barriers but the story of the United States from the '60s to the '80s told by a woman who had her fingers on the pulse of the nation."

An Unreasonable Woman: A True Story of Shrimpers, Politicos, Polluters, and the Fight for Seadrift, Texas by Diane Wilson

"When shrimper Diane Wilson, a minimally educated mother of five, finds out that her little Calhoun County on the Gulf of Texas led the nation in toxic emissions, she embarks on an epic 'Diane versus a multibillion-dollar international chemical company Goliath' battle. Along the way she encounters corrupt politicians, death threats, and personal tragedy that takes her to the edge of existence. A riveting true story of a woman who is willing to give up everything for what she believes in." 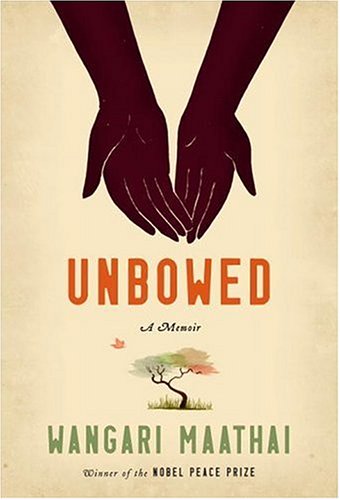 Unbowed: A Memoir by Wangari Maathai

"The extraordinary journey of Wangari Maathai, the first woman in East and Central Africa to earn a doctorate, the first African woman to receive the Nobel Peace Prize, and the founder of Kenya's Green Belt Movement. Mobilizing thousands of women to plant millions of trees in an effort to restore Kenya's indigenous forests, she broadened the Green Belt Movement into a campaign for democracy and was elected to Parliament, in spite of imprisonment and death threats—a powerful story of personal and political struggle." 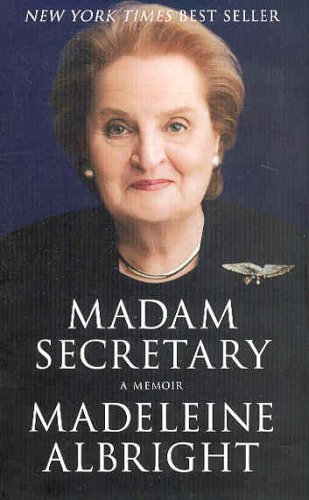 "The story of how a refugee from Czechoslovakia eventually became the first woman Secretary of State in American history. Self-deprecating and funny, Albright offers an insider's view of U.S. foreign policy in the '90s—a period of unprecedented turbulence—and shares personal stories of her friendships and conflicts with world leaders, including Václav Havel, Vladimir Putin, Slobodan Milosevic, and Kim Jong-il." 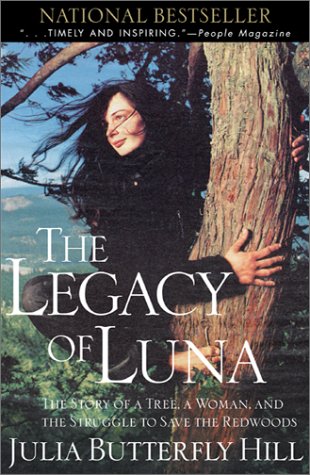 The Legacy of Luna: The Story of a Tree, a Woman, and the Struggle to Save the Redwoods by Julia Butterfly Hill

"Julia Butterfly Hill brought international attention to the plight of the world's last remaining ancient forests after climbing 180 feet into the branches of a 1,000-year-old redwood tree she named 'Luna' and refusing to come down. Battling extreme weather, threatening loggers, and loneliness and doubt, her historic protest culminated after 738 days with a negotiated agreement that provided permanent protection for the surrounding forest. The incredible true story of a young woman whose spiritual faith and belief in her cause allowed her to persevere."

I am looking forward to reading Kheen's book about women passionate about conserving our planet's natural resources. I am writing Ya Eco mysteries to raise kids who will become wise stewardsm of the earth. The light shining in the eyes of students they get that they are empowered to do something to make a difference, keeps me writing the next in The YA Eco mystery series.

this is such an important issue and it is the children who can really make an impression on their parents. It is up to us to decide what out impact will be and most of the power is in our buying decisions. Do we buy green products, eat local, recycle, write letters to our governing bodies about issues that concern us. Lets all be eco stewards!

I agree with Pm that actions speak loudly. In addition, helping kids become wise consumers of scientific information, as opposed to be taken in by junk science, is paramount to becoming wise stewards of the environment.

Here's what I want to know: what's a transformative woman? Does that really mean anything or is it Marketingspeak? How can a woman and a workshop both be transformative?

Here's what thefreedictionary.com has to say:

1.
a. The act or an instance of transforming.
b. The state of being transformed.
2. A marked change, as in appearance or character, usually for the better.
3. Mathematics
a. Replacement of the variables in an algebraic expression by their values in terms of another set of variables.
b. A mapping of one space onto another or onto itself.
4. Linguistics
a. A rule that systematically converts one syntactic form or form of a sentence into another.
b. A construction or sentence derived by such a rule; a transform.
5. Genetics
a. The change undergone by an animal cell upon infection by a cancer-causing virus.
b. The alteration of a bacterial cell caused by the transfer of DNA from another bacterial cell, especially a pathogen.

I don't think any of those can apply to women. Or workshops. I guess it's too much to hope for that a site devoted to literature would use English properly.

Vivian, I find it odd that with all the amazing transformational women and stories in this one brief post you choose to focus on a possibly mis-used phrase.

Maybe what should be taken away from this is that the meaning is more important than the detail.

I for one was immediately inspired just by Keehn's smiling face and her diverse bio, let alone the amazing women I will be able to read about now!

please do not preview your books in italics. very hard to read.

I think more people needs to know what is epithelioid mesothelioma there for they will comes to understand how to manage their health for cancer.