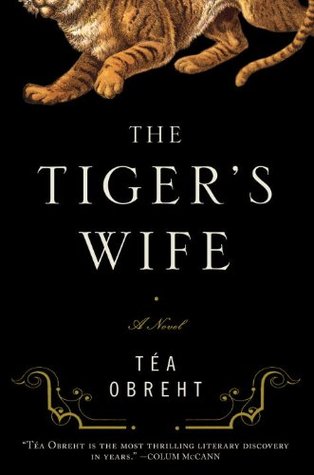 Born in Belgrade in the former Yugoslavia, Obreht moved to the United States at age 12. She returns to the land of her childhood in The Tiger's Wife, the story of a young doctor named Natalia who investigates the mysterious circumstances of her grandfather's death in an unnamed Balkan nation. Natalia eventually suspects that her grandfather was searching for "the deathless man" of Slavic folk legend in his final hours.

For Goodreads Obreht shares a photograph that captures the enduring beauty of the Balkan region, despite its war-torn history. 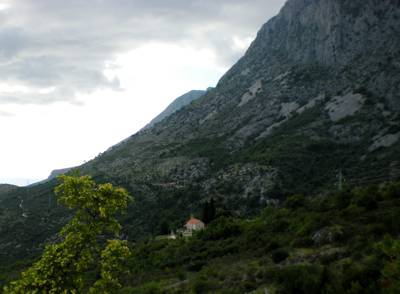 A church outside the village of Drvenik along the Dalmatian coast of Croatia.
Goodreads: Several Goodreads reviews of The Tiger's Wife describe the book as magic realism. Would you agree? How have traditions of folk tales and myths inspired you?

Téa Obreht: A lot of the books I love are categorized as magical realism, so the influence is certainly there. I do think that the prevalence of myth in The Tiger's Wife goes back to creating a sense of place. In cultures with rich oral storytelling traditions the blurring of that line between myth and reality is almost inevitable: Stories grow as they pass from storyteller to storyteller. A lot of the novel deals with whether or not it is important in the end to distinguish myth from reality beyond a certain point.

GR: The setting is a postwar Balkan nation, but it is never named. What resources did you draw on—childhood memories, research, recent travels?

TO: I'm definitely attracted to a strong sense of place in the kinds of literature I like to read, and one of the reasons the nation remained unnamed is because I wanted to capture the essence of place rather than limit myself to the specifics of reality. I left Yugoslavia when I was very young, so my memories were limited to time spent with loved ones and faint impressions of spaces, but what I did remember definitely found its way into the book. Now I try to get back once a year to visit my grandmother, who still lives in Belgrade, and this has allowed me to get to know the Balkans as they are now. Sometimes what I've learned clashes with the way I remember things—I'm taller now, so things seem smaller—but ultimately the whole region is so beautiful, and its history is incredible.

GR: Rudyard Kipling's The Jungle Book is special to Natalia and her grandfather. Do you have any treasured books that you read again and again?

TO: Certainly. I was one of those solitary children who spent lunch breaks in the school library, and reading has always been a primal comfort for me. To this day, whenever I struggle with writing or feel stressed, I go back to Pablo Neruda's poetry or Love in the Time of Cholera or The Master and Margarita.

I have been looking forward to The Tiger's Wife ever since I read an excerpt in The New Yorker 2 years ago. In fact, I wrote her a fan letter after reading the short story -- my first ever! I'm counting the days until her book hits the shelves of my favorite bookstore. She is truly gifted!

and was so affected by it! Very powerful and layered with meanings. I couldn't believe it when I found out how young she was! So, yes! I too am very excited about her novel and also by the fact that she is very influenced by magic realism. I love it too! Woohoo!

I really enjoyed the unique and interesting characters in The Tiger's Wife. The setting in Yugoslavia after the war, the unbelievable superstitions of the people, and the wonderful characters add immensely to the overall story. The relationship between the grandfather and his granddaughter is especially interesting through the stories he shares with her.

I just read this and instantly went and ordered the book. It sounds wonderful, can't wait till I get it! :)

Anita I really enjoyed the unique and interesting characters in The Tiger's Wife. The setting in Yugoslavia after the war, the unbelievable superstitions of the people, and the wonderful characters add immensely to the overall story. The relationship between the grandfather and his granddaughter is especially interesting through the stories he shares with her.

. The relationship between the grandfather and his granddaughter is especially interesting through the stories he shares with her.

Anita I really enjoyed the unique and interesting characters in The Tiger's Wife.

i just read this and instantly went and ordered the book. It sounds wonderful, can't wait till I get it! :)

I just read this and instantly went and ordered the book. It sounds wonderful, can't wait till I get it! :