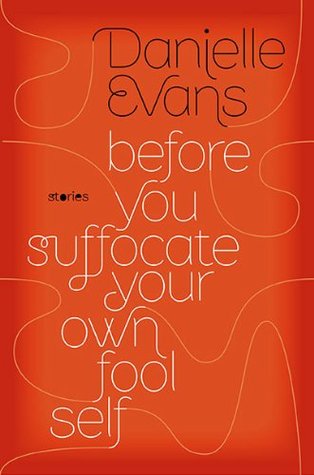 "There are stories everywhere," says debut author Danielle Evans, revealing the joy of a young writer on the make. The self-professed "people watcher" stumbles upon gems of inspiration everywhere in her daily life, sometimes literally from signs and graffiti. Fresh out of the Iowa Writers Workshop, Evans has already seen her work in The Paris Review and The Best American Short Stories 2008, edited by Salman Rushdie. Her new collection of short stories, Before You Suffocate Your Own Fool Self, illuminates the lives of teen girls and young women, all grappling with critical choices about identity, family, race, sexuality, and more. Evans shares some snapshots of places where she found real-world inspiration. 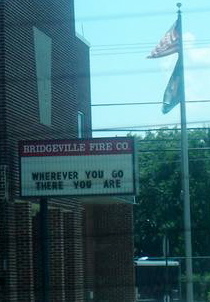 "A billboard I passed in Bridgeville, Delaware, [which] eventually became the title of one of the stories in the collection."
Goodreads: What is your approach when crafting a new character to place in a story?

Danielle Evans: More often than not, I let the person find the story rather than the other way around. I tend to start with characters—a strong voice in my head, a line of dialogue, or a person in a complicated situation. I like to think that a lot of writers are the type of people who think of the perfect comeback three hours after the conversation is over, or who envision themselves as bigger risk takers than they are in their daily lives. Some of my writing starts from moments like that—thinking about how the story might have been different had it happened to a different person, to a person who would have said the right thing in the right moment, or said yes to the risky decision.

The trick with short fiction is that you have to reduce all of the moments that would tell you about a character to a shorter moment or set of moments and have the reader convinced that out of a lifetime, this was one the moments when something huge changed, or could have, that whatever happens in 20 or so pages isn't something the character will wake up and brush off the next morning. 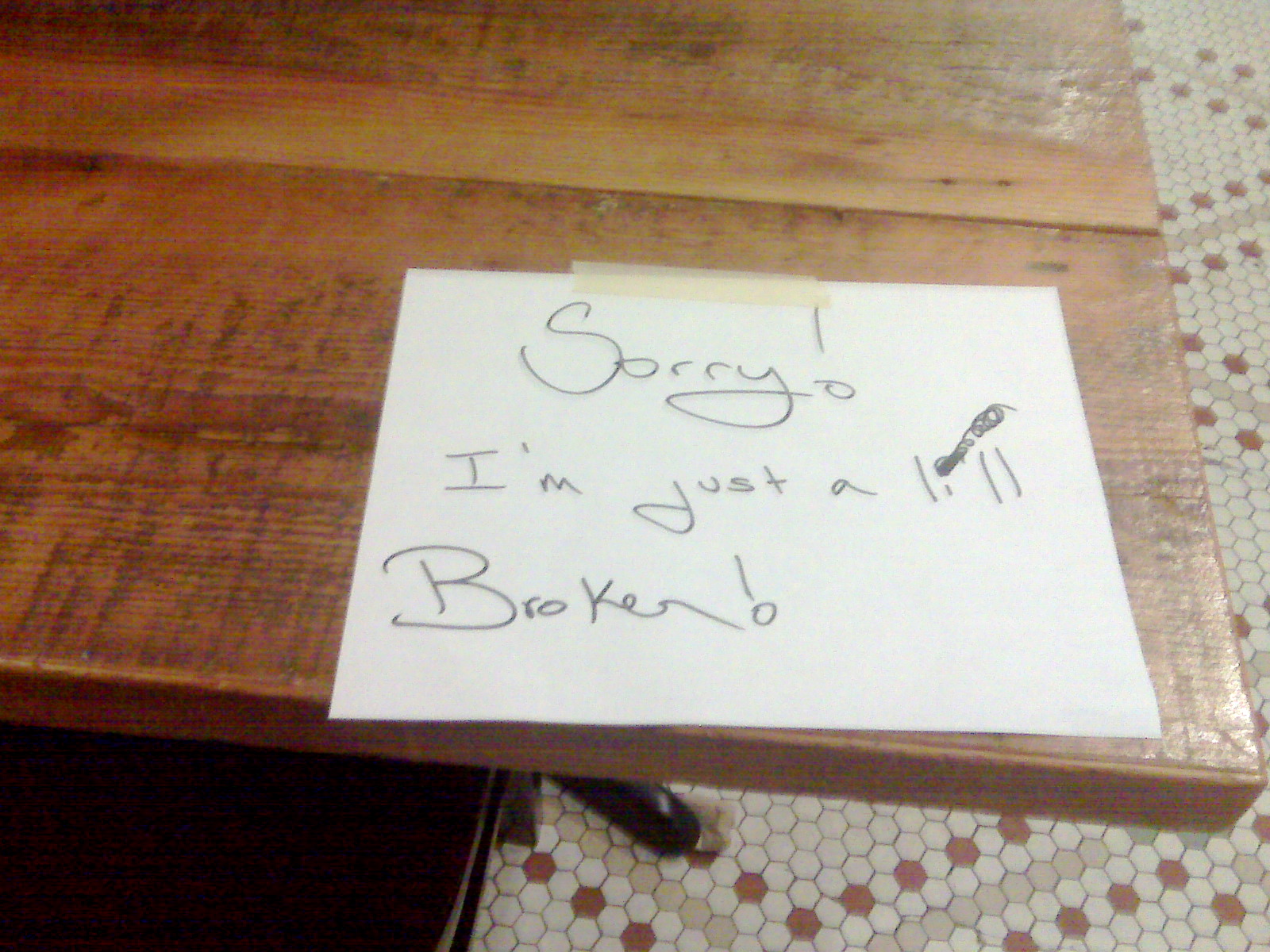 "A snapshot of a table in Barriques coffee shop in Madison, Wisconsin. I wrote there for the better part of a summer, and one day walked in to see this sign, which seemed a good omen considering how many of my fictional characters are in the same boat."
GR: The title of your book is a line from a poem, correct? What does the title mean to you, and how does it connect with the short stories?

DE: The poem itself, The Bridge Poem by Donna Kate Rushin, I'd read and liked in college. It's very much about the ways that people become marginalized or more valuable to the world for what they can do for others than for what they can do for themselves, particularly as women, particularly as women of color. There's an element of the title that's confrontational, that's directed at the reader, saying, "Try to understand my experience before you drown in your own," which seems fitting in a collection that is somewhat concerned with characters who don't often get to tell their own stories in their own words. But of course, removed from the poem itself, the title also reflects back upon many of the characters in my book who have often gotten themselves into their own messes, or are at a moment where they need to make a choice about who they're going to be, and whether their best selves will hold their worst selves at bay. So the title also works as a link between the stories in the collection and a directive to the characters.

GR: You also have a novel in the works. What can readers expect?

DE: The novel is called The Empire Has No Clothes, and it tracks about a year in the life of four women—two sisters, their mother, and their grandmother—but it's also a book about U.S history and how we talk about it. The older sister, Cora, has just gotten a job at a progressive charter school, and her job is to construct a progressive history text. Her approach is to try to make history personal for the students, which backfires when she finds a connection between her own family history and a controversial (fictional) historical event. Her discovery has potential implications for the other members of her family, her coworkers, and her new boyfriend, and so the moral center of the book becomes her wrestling with whether or not there's an absolute value to truth. There's also a senate election, a lot of fictional media commentary, some fictional student history papers, and a cross-country train trip. Looking this over, I've just described a work of realist literary fiction with sides of political policy, print media, and U.S. history, and since all of those are things people allegedly don't read, I should note that there's also a lot of sex and drugs.

Danielle Evans has a very interesting approach to story-telling i.e. putting herself in the shoes of the character when writing the dialogue.I find it close to my own approach.
I'm looking forward to her novel, The Empire has no clothes especially since it has a historical perspective.

Danielle Evans has a very interesting approach to story-telling i.e. putting herself in the shoes of the character when writing the dialogue.I find it close to my own approach.
I'm looking forward to her novel, The Empire has no clothes especially since it has a historical perspective