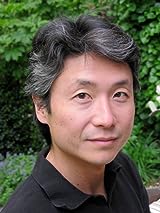 New Jersey novelist Chang-rae Lee writes stories that slip quietly into the cracks of human emotion, or lack thereof. Introspective themes of emotional alienation permeate his work, including his celebrated first novel, Native Speaker, which features the identity crisis of a corporate spy. After leaving Korea at age three, the Ivy League writer attended Exeter and Yale and now teaches creative writing at Princeton. His new book, The Surrendered, probes the emotional toll of the Korean War, a topic inspired by the refugee experience of Lee's father. The writer talked with Goodreads about this book's personal roots.

Goodreads: When did you begin writing about the Korean War?

Chang-rae Lee: I actually started writing the book about 12 years ago, even before finishing my second novel, A Gesture Life. The story and characters were very different to start, not anything like what's in the novel now, and I had difficulty sustaining those early attempts for a variety of reasons, though perhaps the primary trouble was that I couldn't quite find the right galvanizing element, which can be an image, a scene, a motif. So I put it away and wrote and published two other novels. I had always wanted to write something about the war, given my family's experiences, particularly my father's, and it was only in revisiting his experience of witnessing his brother's death during their refugee travels did I decide to try writing the novel again. My father's experience was a rough map to what I would write concerning June's beginnings.

GR: In The Surrendered, 11-year-old June Han loses her family during the Korean War. She survives extraordinary circumstances and meets American GI Hector Brennan and missionary Sylvie Tanner. All three central characters are orphaned in some way or haunted by a difficult past. How does this relate to the titular concept of "surrender"?

CL: They are each surrendered for starters to certain tragic experiences by the forces of war. In this sense, though I naturally see them as individuals endowed with their own complex backgrounds and consciousnesses, I also viewed them as these quite tiny figures, minuscule, at least against the grand backdrop of history or destiny. I find that difference in scale inherently dramatic and poignant.

GR: Goodreads member Sue calls your new book an "exquisitely written, haunting story about irrevocably broken people." And Susan says, "It is a story about damaged souls going on to damage other souls." Is it possible to recover from the horror of war?

CL: They are almost completely broken, yes, but I hope not irrevocably. I think the characters, despite what might appear as their self-destructive tendencies, in fact can't help but try to survive and endure all that's transpired. They still strive, somehow, to the last.

GR: The Surrendered includes some details that echo your own family history. Your mother passed away from stomach cancer—a diagnosis also faced by June in the book. What is your process for weaving personal details into fiction?

CL: I never consciously thought I would ever use what happened to my mother in a fiction. I simply knew that as we encountered June as an adult that she would be facing the abyss, and I found myself very naturally writing about her struggles, not exactly as my mother struggled, but surely the way I envisioned June's physical and sometimes emotional state was informed by memories of my mother's final months.

GR: Relative to the first-person narration used in your first three novels, The Surrendered has a more complex story, using third-person narration with multiple time periods and settings. How did writing this new book compare to past writing experiences?

CL: Writing in the third person came naturally enough, so technically there wasn't much difficulty for me. But the invention of multiple main characters, in multiple time periods and settings, and most critically the orchestration of all those various characters and chronologies into some unified whole, was indeed daunting. At times I felt I had let the canvas grow too large, that I would never make sense of what had gradually become, in effect, a mural. I felt lost. That I was losing control. I'd had similar feelings with my previous novels, that particular sort of queasiness and desperation that I think many novelists suffer during the writing of a long work, but I must say the feeling with this novel was trebled.

GR: The Surrendered begins in Korea, and June eventually immigrates to New York City. Your earlier work often tackled themes of race and identity, notably with Asian Americans. How is this new book different?

CL: In my previous novels I happened to write about characters who were confronting themselves and notions of themselves, and in due course issues of identity and ethnicity and culture arose. But in The Surrendered we have June, a Korean woman who doesn't give a scant moment over to thinking about her "Asian-ness" or some such.

GR: How has teaching writing at Princeton University impacted your own development as a writer? Do you feel that your style has matured or evolved since your first book?

CL: I try to keep my teaching writing quite separate from my writing life. They're completely opposite activities, one being a wholly self-centered and cloistered discipline and the other requiring sociability, empathy, trying to figure out what a particular writer and story needs. As for my own style, I don't know if it has matured or evolved; others can muse about that if they like. I know that I've matured (or hope so, anyway); I was 29 when I published Native Speaker, and I'm 44 now, and in the interval I've had children, read countless books, made new friendships, traveled. And then I've written three more novels, the practice of which changes you. I'd like to think my perspectives have widened, that I have deeper focus. But really, I don't care to think too much about how my writing has changed or not changed. I don't think it's helpful.

CL: For this novel certain works were rolling freshly around in my head. I was fortunate enough to have a wonderful friendship with the late Robert Fagles, the eminent translator of Homer's work and Virgil's Aeneid, and I was reading his Iliad and Odyssey and his manuscript of The Aeneid, which was Bob's last translation before he died. We had regular lunches when he talked about epic poetry and heroism and humanity, and perhaps above everything else he conveyed to me a sense of life's pageant. He took a truly long view, which it seems few folks do these days.

CL: My writing days are very ordinary: just rear to chair, just writing or trying to write. I make breakfast for the kids, and once they head to school I go up to my office in the house and work until lunch. Maybe I'll exercise if I'm feeling enervated, but then I'll work again until late afternoon. Nothing glamorous.

CL: An "immigrant novel" that doesn't quite fit that bill, with a China angle.

What a great interview with an obviously very thoughtful author. I can't wait to read this book!

It is very important to know about two types of readers. (There are many types, but conditionally speaking, there are two of them). For the first type, the moral of the story is vital. What did the author want to say? What does it lead to? This type of reader pays attention to the style, which is sometimes more important than the story itself. The second type is concentrated on the captivating moments. Whether the story is interesting, and s/he can forgive stylistics. I remember one famous author. Stylistics is terrible, his novels are difficult to read, there are many fans though, a couple of films have been shot on his books. The moral of the story is not really needed, the main character has defeated the bad guy, that's enough. The main thing is - how did he do it?
When I was writing my first novel, I could hardly breathe. I found several blogs, where they shared the tools for writing novels and it dawned on me that they only interfered, as I could hardly produce a thought. Then, I used essay tools web page to count sentences and words, prayed for the sake of my novel to make it go live!