"In Bed" with John Banville

Ireland may be a small island, but its literary reputation is mighty. Native John Banville is yet another original voice from the country with a centuries-old tradition of storytelling and stinging wit, and penmen such as Oscar Wilde, C.S. Lewis, and George Bernard Shaw. Winner of the 2005 Man Booker Prize for The Sea, Banville has written 15 novels as well as several crime novels under his pseudonym, Benjamin Black. His latest book, The Infinities, is narrated by Hermes and filled with the antics of Zeus, Pan, and other impish Greek gods as it follows a day in the life of a dying mathematician. In celebration of St. Patrick's Day, Banville shared with Goodreads his favorite books by Irish raconteurs.

"This is a late text of Beckett's and one of his greatest works. An old woman living alone in a house in the countryside is watched over by 12 mysterious sentinels. Beckett has never been as poetic or as tender as he is here."

The Third Policeman by Flann O'Brien

"This is a violent and comic work that starts with a murder and progresses downward into darkness. At Swim-Two-Birds, his best-known book, is lighthearted and richly funny, but The Third Policeman is his masterpiece."

The Tower by William Butler Yeats

"This is surely the greatest single volume of poetry ever published. It contains a clutch of masterly poems, including 'Leda and the Swan,' 'Among Schoolchildren,' and 'Byzantium.' Yeats the man was a ninny, but Yeats the poet was truly great."

"Swift would probably object to being included in a list of Irish writers, but I am going to claim him anyway. The Travels is still an astonishing work of imagination and contains some of the finest English prose ever written."

"One might be expected to choose Ulysses over Joyce's first book, but Dubliners is still my favourite among his works. Late in life Joyce was visited by an acquaintance from Dublin who ventured that he thought Dubliners his best book. After a moment's reflection, Joyce agreed. QED."

But aren't these books a bit expected? What about more contemporary works? Emma Donoghue? Colm Toibin?

"Yeats the man was a ninny" is a phrase that warmed my heart. I must definitely read the Beckett. Thanks for that. 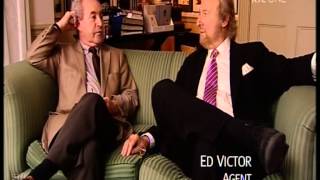