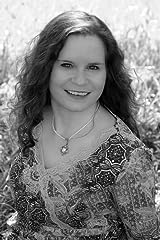 Vincent van Gogh may be revered for his paintings, but he's equally known for his madness. It's no urban legend that Van Gogh cut off part of his ear and gave it to a prostitute named Rachel for safekeeping. Told from the perspective of the prostitute who loved him, art historian Sheramy Bundrick's debut novel, Sunflowers, describes Van Gogh's descent into mental illness as he created what would become some of the world's most iconic paintings. We asked Bundrick to share her favorite Van Gogh self-portrait (she picked "Self Portrait in Front of an Easel" from February 1888).

Goodreads: How much is known about Rachel's relationship with Van Gogh?

Sheramy Bundrick: Virtually nothing. The only mention of Rachel in the historical sources is a newspaper article from December 30, 1888—the Sunday paper of Arles—mentioning her as the prostitute to whom Van Gogh gave the piece of his ear. Vincent himself mentions only "the girl I went to when I lost my wits" in a letter to [his brother] Theo. They must have known each other, because the newspaper article says [Van Gogh] asked for her. But how? That kind of historical mystery opens the door for a novelist to imagine all kinds of things! But at the same time, it is crucial to be faithful to the historical record as much as possible.

GR: The book focuses on Van Gogh's final years as he succumbed to mental illness. What familiar paintings were produced during this time? How did his illness influence his art?

SB: Most of the paintings people associate with Van Gogh were produced during the last two years of his life, the period covered in Sunflowers. Just to name a few: Starry Night, Vincent's Bedroom at Arles, Irises...and so many others. I tried to incorporate as many of the works as possible in the story without overdoing it!

As for how his illness influenced his art, I'm not sure it actually did. It's very tempting to look at that swirly sky in Starry Night and say, "Oh, he painted it that way because he was crazy," but that's too simplistic. Van Gogh's illness was intermittent; he'd have episodes of severe depression and hallucinations for days or even weeks, then it would pass and he would return to complete lucidity. Nearly all his paintings were done outside of these episodes. Although Van Gogh has the reputation of being an intuitive artist who worked quickly, his artistic choices were always carefully thought out. The mad genius slapping paint on canvas is nothing but a myth.

I've always been equally fascinated and repelled by Van Gogh. I agree with the opinion that Van Gogh must have painted when he was lucid. Just as Hemingway wrote only when he was not drinking.

Great interview! I've added the book to my to-read list.

What a creative premise. I agree with Angela's observation that Hemingway and Van Gogh did their thing sober and lucid (such a convenient word). I will add Sunflowers to my to do list.

Excellent Interview!! I was so interested in the interview that I wished it was longer..LOL!! Thanks for posting this interview with this fantastic author!!