Posted by Goodreads on October 6, 2009
5 likes · 13 comments
London native Nick Hornby charged onto the writing scene in 1992 with a literary memoir about his fanatic love of football (aka soccer). Despite its unlikely subject matter, Fever Pitch became a bestseller and spawned film adaptations on both sides of the Atlantic. Hornby then completed a hat trick with two additional best-selling books about aimless but charming 30-something men, High Fidelity and About a Boy. They also exposed his second great passion: music. Hornby's new book, Juliet, Naked, takes fandom to a whole new level of crazy. It tells the story of Tucker Crowe, a reclusive ex-rocker—think the J.D. Salinger of the rock world—whose music and subsequent disappearance kept dedicated fans speculating for decades. Hornby talked with Goodreads about his personal definition of art and why he could never cut it as a proper recluse. 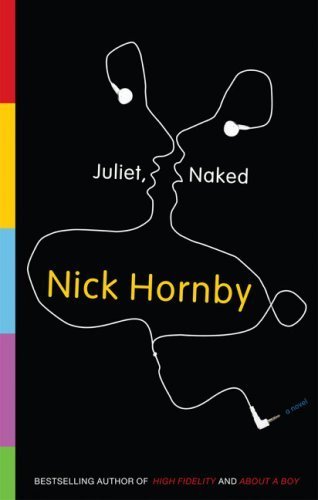 Goodreads: Juliet, Naked is receiving a lot of comparisons to High Fidelity. However, your characters have turned a corner into the problems of middle age. How is this new book different?

GR: The idea of wasting time is a strong theme in your work. The characters of your novels often share a disability to engage fully with life—a motif that can be traced back to your memoir, Fever Pitch. Do you see this as one of life's primary challenges?

NH: The trouble is, of course, that it's a challenge one can never win. I refuse to accept that the people who have never wasted a second of their lives in the conventional sense, the people who climb mountains and run for high office and find cures for diseases, have succeeded in engaging fully with life. They're the ones with the damaged relationships and the piles of unread novels, the people who don't know what Little Walter sounds like...I'm frustrated by how much time has slipped by in my own life, and I've wasted more time than most, but I'm not sure I'd feel any better if I'd been more productive. For a start, my first couple of books were a product of all the times I'd wasted at football matches and in record stores.

GR: In Juliet, Naked, the characters Annie and Duncan argue passionately over the relative merits of two fictional albums by reclusive rocker Tucker Crowe. What is your personal definition of art? Must it be toiled over and perfected, or can a lightning strike of inspiration create a fully fledged piece of art?

NH: My personal definition of art is that if you think it's art, then it is. I don't think it's possible to construct any other theory of art that makes sense. I am dubious about lightning strikes—on close examination, it turns out that just about everything we value required work and craft of some kind or another—but there is no doubt that some artists are more intuitive than others. That doesn't mean they're better artists, though.

GR: Have you ever obsessed over an album the way Duncan obsesses over Tucker Crowe's Juliet? On the flip side, are there obsessive fans poring over Nick Hornby's body of work, chapter by chapter, on the Internet?

NH: I think I used to obsess over albums simply because I didn't have very many. Back when I started listening to music, your record collection began with one album. And then, a couple of weeks later, when you'd got the pocket money together, it became two, and so on. And that meant you had a pretty intense relationship with the albums you owned in your teenage years. Now it's different. My nieces and nephews ask me to fill up their iPods. I give them a couple hundred albums with the flick of a mouse. I can't really imagine what that is like, being presented with the history of rock 'n' roll like that.

I've been told that there are a couple of fan sites for me and my work, but I've never looked. I'm too scared.

GR: Did you have any certain musician in mind as you created the character of reclusive ex-rock star Tucker Crowe?

NH: Nobody in particular. Part of the idea came when I read a magazine piece about Sly Stone and his long disappearances, but obviously Tucker is a different kind of musician and a different kind of man. There's a bit of Dylan in there, the odd reference to Springsteen, and of course Salinger. The idea for the photo that Tucker's fans pore over came from that horrific picture of Salinger someone took a few years back, where he looks so frightened and angry.

GR: Why does it seem that so many artists become recluses? You seem to be the opposite of a recluse—launching your writing career with a memoir, actively blogging and writing about your tastes in music and books, and sharing personal details such as attending therapy. But are you ever tempted to run away from it all?

NH: In the middle of publication—right now!—I want to run for the hills. But mostly I have the need to communicate with a readership, and that means writing. I also think that if I take money from a publisher (and I do) then I am obliged to help them earn some of it back, so I promote the books. I am also a great enthusiast, so when I read a book or hear a piece of music I love, I tend to want to share it with people. But I don't think I'd make a great recluse. I like living in the world.

GR: Your books have been described as "American" in feel, but you have also been dubbed a modern-day Charles Dickens, who has a distinctly British legacy. Is there anything meaningful in the labels "American writer" or "British writer"?

NH: I don't think there's as much of a distinction as there used to be. I watch a lot of American TV, read a lot of English fiction, listen to African music, see French movies...It all goes in and comes out again as something else. But we are still bound to our own culture in thousands of tiny ways. I grew up in a country that was very different from the U.S.—more different than it is now—and I was brought up by parents whose influences were something else again. This runs off on you.

I think that the U.S. is more culturally democratic. The idea that you can write a work of literature about sport, say, or R&B, is still a strange one to a lot of people who write about books in the UK. That's why I feel more comfortable with American definitions of art.

NH: There are a lot of authors I've tried to rip off: Anne Tyler, Lorrie Moore, Roddy Doyle...but lots of my influences weren't novelists, and I think it's hard to pretend that anyone writing in the 21st century hasn't been affected by TV and movies. I also owe debts to Preston Sturges, Springsteen, the English comedy writers Ray Galton and Alan Simpson, and Bill Forsyth.

GR: Describe a typical day spent writing. Do you have any unusual writing habits? Do you play music while writing?

NH: I'm a 9 to 5 writer—I never work on weekends or in the evenings. I have an office round the corner from my home, so I drop a kid off at school and walk down the road, where invariably I waste the first few hours of the day writing e-mails, playing Solitaire, reading sports news on the Internet. I don't listen to music while I'm at the computer, but it is an important part of the working day—things tend to spark up better if I'm having an intense relationship with a song or an album.

NH: I'm rereading William Cooper's wonderful and surprising novel Scenes From Provincial Life, and Laura Cumming's brilliant book about self portraits, A Face To The World. I'd say this is the first time in my life that I've ever thought about the Old Masters. Some of them were pretty good, it turns out.

GR: What can we expect from the eagerly awaited Ben Folds collaboration? And what's next on the writing front?

NH: We have half an album at the moment, and it sounds good to me, but that's because Ben can turn anything into a good song. He's started playing a couple of them live, which is a weird experience. He's sent me bootleg recordings and YouTube clips of things that were finished relatively recently. Things move faster in that world. I think that the next project will be the script for an animated movie called The Babymakers, which I'm writing with my friend Giles Smith.

Sweet! Love this interview, can't wait to read the book...

Great interview! It's a little funny to me how someone with such a loose & free sounding attitude (I mean that in a good way) has such a regimented writing routine. Guess you can't judge a writer by his interview. :P

Nick is one of my favourite authors. I remember feeling devastated when I heard that the film High Fidelity was going to be set in Chicago rather than London, with Rob and the other characters played by American actors. Fortunately my fears were unfounded and High Fidelity features in both my all-time top 10 books and movies. I think the reason the story works well across both mediums and cultures can be attributed to Nick's down to earth writing style.

I love Nick Hornby's stream-of-consciousness writing here. He would be a very interesting person to talk to face-to-face. I haven't read Hornby's previous books, but after reading this interview, I'd love to read several of them. I can't wait to read Juliet, Naked!

I've loved all of Nick Hornby's books, including the collections of book reviews and columns from various newspapers and magazines. It is hard to find some of them in Canada still, so I get what I can. Looking forward to reading this new novel. He is clearly a great interviewee, so I'll probably watch the video noted at the top when I get a chance. I dream of having his writing routine. Right down to dropping my kid off at school...

Nick Hornby is one of my favorite authors, and I thought this was a great interview! Really good questions that provided the answers to some things I've wondered about myself.

I'm reading it right now and it's a lovely, clever, insightful book. I plan to read other novels by Hornby. Ordered it because I heard him interviewed on "Fresh Air" on NPR. So happy that I did.

Great interview. NH has always been one of my 'will definitely read when I have time' authors.

I just read my first Nick Hornby, A Long Way Down, and am now doing the usual research that follows falling in love. Luckily he hasn't been so prolific that it'll take me years to catch up, as with, for example, Thomas Kennealy, whom I discovered last year.

So proud to say that William Cooper is my great uncle. I adore Nick too.

I want to know, Nick, if you ever worked in a record shop. (I did--and, even if you didn't, you nailed it.) 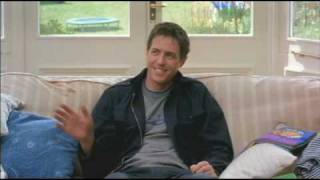