A One-Night Stand Kicks Off a Showdown in ‘Risky Play’

Posted by Hayley on March 1, 2019
56 likes · 27 comments
When planning the perfect one-night stand, remember the romance novel rule: Don't sleep with your boss...or anyone who might become your boss.

To be fair to Mackenzie Dupont, this is easier to accomplish when no one uses a fake name. The wine heiress heroine of Risky Play, the latest sports romance from Rachel Van Dyken, just wanted a sexy tryst with a stranger, but after a night of passion and a morning of misunderstandings in Mexico, Mackenzie discovers she has a new boss, one with an unfamiliar name and an extremely familiar face. As the sparks and the insults fly, these two former lovers stumble toward their happily ever after.

Rachel Van Dyken, who also wrote Ruin and The Bet, talked to Goodreads about perfect matches, wine pairings for Risky Play (whether you want to splurge or get something cheaper), and her lifelong love affair with dreaming up stories.

Rachel Van Dyken: Mackenzie had bought a surprise honeymoon for her fiancé. After she's left at the altar, she realizes she could use the escape.

She doesn't tell anyone what she's doing until she's on the plane, sipping champagne.

GR: The one-night stand (that turns into a many-night stand) is such an irresistible trope. What inspired you to start Mackenzie and Slade's roller-coaster relationship with such a bang?

RVD: I know this might sound crazy, but when my editor and I were talking about this book, we originally didn't even have it as a sports romance. It was supposed to be this fun vacation romance with mistaken identities.

Then, as I started writing it, I decided it would be so much more intense for these people to meet and both consciously decide that they needed a break, not just from the world, but from the pressure of growing up in the public eye. They're in different social circles and different areas of the country. But they click in a way that's so organic and perfect.

Of course, reality always comes crashing down. And it does in a huge way when both Mackenzie and Slade make it back to Seattle, neither of them realizing that what happens in Mexico doesn't necessarily stay in Mexico.

GR: What's one of your favorite lines from Risky Play?

RVD: The scene where Mackenzie is at Slade’s soccer practice, and the hate is real.


“Sorry.” Slade jogged over. “My tiny ball must have slipped.”

I glared. “Wouldn’t be the first time, would it?”

“I bet you’d love to find out,” he countered.

“Yes. I would love to find out and then somehow chain your body to a bed so I can force you into marriage. Seriously, it’s on my bucket list right next to tea with Satan.” 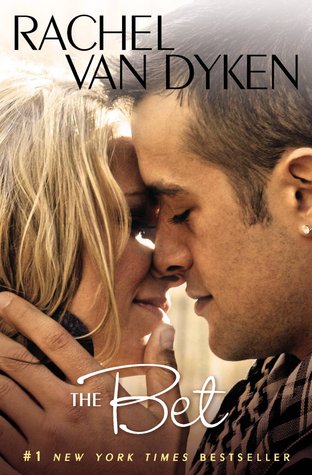 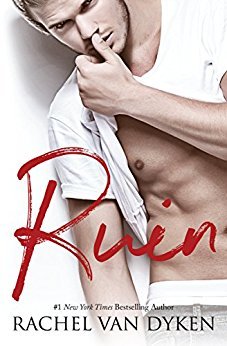 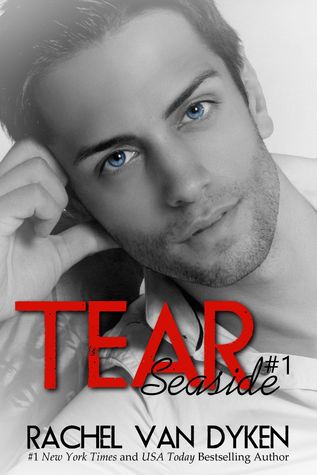 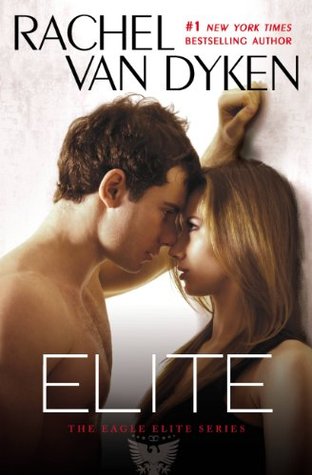 GR: They may have met in Mexico, and he may be a pro athlete, but it's not all fun and games for these two. Can you share about how Slade's recent loss affects this love story?

RVD: When Slade moved to Seattle, he dealt with a lot of guilt over leaving his father behind in Spain. Then his father passes away, and Slade projects his grief onto everything around him. He can't accept the loss. Because if he does, that makes it real, and he's not sure he's strong enough to handle that.

GR: Even though she's an heiress, Mackenzie works at her family's wine company. Any wine pairing suggestions for readers wanting to enjoy Risky Play with a glass?

RVD: I’m from Washington wine country, so I love my wines. One of my favorite red blends is Prisoner. It's a mid-price bottle, so if you don't feel like splurging then try Columbia Crest H3.

GR: If your life was turned into a romance novel, what would be the title?

RVD: That's a great question! Because my husband and I actually met at my sister and his brother’s wedding, I'd probably title my novel Accidental Bride.

GR: When did you first discover you wanted to be a writer?

RVD: I was and still am to this day a total dreamer. I could sit for hours and just imagine things, but you don’t get paid to dream, right? Or so I thought.

I ended up working as a school counselor right out of college and had a lot of down time in between clients. During that time, I really needed to decompress because the job was so emotionally draining. I used that time as a way to start writing short stories. 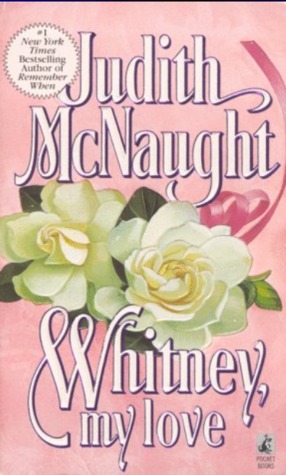 Error rating book. Refresh and try again.
Rate this book
Clear rating
1 of 5 stars2 of 5 stars3 of 5 stars4 of 5 stars5 of 5 stars
I'd first send them to my sister, and she'd say they were great. I'd tell her she was an amazing liar, and I kept writing. Writing became my therapy and still is to this day. It's not a job to me. It's something that I have to do. If I don’t, I might explode. It's been a love affair ever since.

GR: Imagine you get to go on Mackenzie's solo honeymoon to Mexico, all expenses paid. What are you doing on the vacation, and what books are going in your suitcase?

RVD: I’m going to nap and read. I know that sounds extremely boring but I have a toddler so giving me sleep is like giving me a million dollars. Plus time to read? Without interruption?

I'd bring the new Holly Black book, The Wicked King, along with every single Julia Quinn book ever written. (By the way, I almost passed out when I met her two years ago. And no, I wasn't given a restraining order...yet).

And I'd 100 percent bring all of the Judith McNaught books I’m just now discovering because clearly I've been living under a rock! I just finished Whitney, My Love, and I’m wrecked. I typically read around six books a week, so on vacation I could make a giant dent in my reading pile. 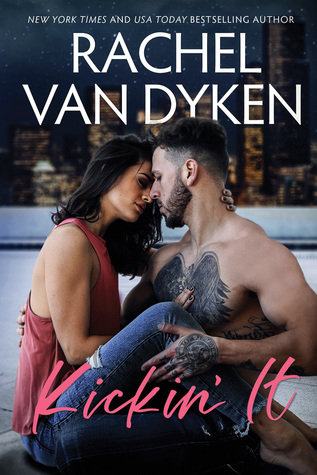 RVD: My very first romance was Redeeming Love by Francine Rivers. I was a freshman in high school and completely enraptured with her words.

It was a downhill spiral after that. I grabbed everything I could get my hands on, starting with books by historical romance authors like Eloisa James, Lisa Kleypas, Johanna Lindsey (to name just a few).

GR: What can you tell about what's next in this series?

RVD: I was writing the next book, Kickin It', when Aly Raisman, McKayla Maroney, and many other young female athletes accused USA Gymnastics national team doctor Larry Nassar of sexual abuse. I felt inspired to write something that confronted this terrible issue and that could help other women find their voice.

I know a lot of young girls read my books, and I want to make sure that they read about strong females who know their own minds and aren't afraid to be heard.

I love Rachel VanDyken's books. She is my go to author. I think I own every book she has ever written. Thank you for sharing this with me! I look forward to her next novel!

Thanks so much for sharing this with me!!! Can I just say I
love, love RVD! She has never disappointed me from her first book that I read to the last book I have read!! She definitely has a gift!! Thanks again!

💙 this is awesome! Thank you!

This is fabulous! 💕❤
Thank you for sharing! I look forward to reading this! I love RVD's books!

Thanks for sharing the link. I look forward to reading this book.

Now I HAVE to read this book!!

Thank you for sharing this with me. I life bed this book so much and I can't wait to read more. She's so great with words.

I love Rachel’s books! Especially “Risky Play”. I started out reading “The Bet” when I found it in an Used Book Store. I was hooked! I finished the related books, then got all her back books, and following her ever since! I hope everything in her personal life got better! She’s a wonderful person!

Auto correct. It was suppose to say I love this book. Lol

Thank you for sharing this. I’m a new Rachel fan. I look forward to catching up on her works. She is an amazing writer and her prose are beautifully written with such heart.

Thank you for sharing this! I'm so happy! I've been a fan of RVD since Ruin. I read almost all her books. They always inspire me a lot, whether it be tears of laughter or tears of emotion. and I know I'll be very moved by her next book. I loved reading this interview.

Thank you so much for sharing!

Thanks for this. I’ve been a fan of RVD since reading

and trying to work my way through all the ones I haven’t read. Great interview!

I love rachels books, she is an amazing writer. Eagle elite series is one of my favourites, it put me through so many emotions and thats what i look for in books something that can make me feel so much and make me keep wanting more. I have loved every book i have read by rachel so far and cant wait to read risky play and many others. Thank you for sharing this with me.

This looks like it is going to be a good one!!!

Love this! Thanks for thinking of me ❤️

Awesome interview but then I was already a fan of her writing skills! Looking forward to reading her new series!

Connie wrote: "Awesome interview but then I was already a fan of her writing skills! Looking forward to reading her new series!"

Thanks for this! Great interview and the book sounds great, of course!

Thank you Goodreads for the share. Great interview. Cheers to great reads !

Thank you so much for sharing this interview. I used to read romance novels here and there before but I got hooked after reading RVD's The Wager. She hasn't disappointed me in any of her books (that I have read). Such an amazing writer 💕.

Awesome interview thank you for sharing. Love all your books and now I see why, we love the same authors. Also Rachel
you really much be living under a rock if you are just discovering Judith McNaught. I'd recommend A Kingdom of Dreams and Paradise if you haven't read those yet. Looking forward to Matt's story, happy writing!

Thanks for sending this to me, I love Rachel and her books!!! I always like to read about some of my fav authors and what we are getting next

Thank you for this, I'm becoming an RVD fan. I just finished Risky Play, I 5 Stars HARD LOVED IT!!! I will be looking forward to the next book but I will be on pins and needles waiting for Jagger's story. I want to mention once more how awesome this interview is.

Rachel is an AUTOMATIC one-click for me. I buy everything she writes. I hate waiting if I know something she’s written is coming soon. She is so so so very amazing!

I Love them alll

All of her books are a secret, passionate joy! Her sexy bad boy men, lol
The chemistry, and her story's are so unbelievable to be believable!
Enjoy! I'll have to get my copy along with a glass of wine, because once I start reading her book, I just know I won't be able to stop....heck give me the bottle, lol
It's only 4 glasses!
Cheers girls!
to reading new books from one of our favorite authors! 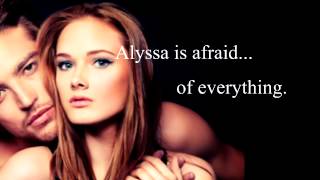