Posted by Goodreads on November 13, 2018
30 likes · 8 comments
Lori Foster's New York Times-bestselling novels have taken readers everywhere from inside the ring to deep undercover. In her latest novel, Driven to Distraction, she'll be taking fans on their wildest ride yet.

This road trip romance features Mary and Brodie, two couriers who are assigned to retrieve a rare artifact for Mary's wealthy boss. The cramped car and the long miles do nothing to lighten the mood, but neither can deny their explosive chemistry.

Far more unsettling than their physical attraction, however, is their growing dependence on each other—and not just as co-workers. "I love creating stories where two people find each other, and through their love they’re better people," says Foster. "Trust is earned, and it takes a strong person to rely on each other." 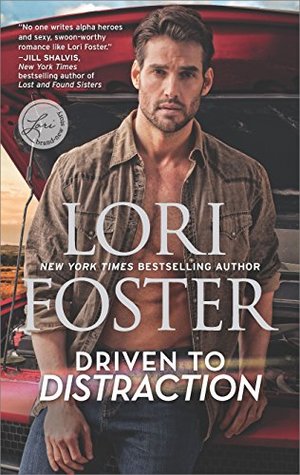 Lori Foster: In my extended family, we had a lot of alcoholism. Not the same as what Mary went through, but it’s related when you see someone you love put an addiction or vice over everything else. I’m a big believer that all children should be loved and protected, guided and educated, and they should be shown tolerance and understanding so they can grow to be strong and independent, but also tolerant and understanding.

What fascinates me is that some children follow bad examples, and some learn what not to do from bad examples. Mary is one of those who learned what she didn’t want…and then Brodie helped her discover what she wanted most of all.

GR: Rare artifacts and collectibles play an interesting role in your story. What made you decide to include them?

LF: I’m often inspired (fascinated?) by things I see in the news. There was a terrific piece about Russell Crowe selling crazy things like a used leather jockstrap, Gladiator armor, and other movie paraphernalia. I assume that any time you’re paying thousands for a collector’s item, you’re not going to send it through regular mail. So…couriers!

And you know, a writer’s mind is a curious thing. It takes a little kernel of an idea and builds a world around it.

GR: What can you tell us about Mary and Brodie? What draws them to each other?

LF: Obviously, there is physical attraction. Mary, being a more voluptuous woman, tries to hide under too-big clothes, but Brodie, being a man with a discerning eye, sees her figure for what it is: sexy. Mary is shocked—and a little titillated—by Brodie’s in-your-face sex appeal. He’s a very elemental guy with no room for shame in his life.

Beyond the sex appeal, they notice each other's unique strengths and vulnerabilities. Mary sees the closeness that Brodie has with his family, and that stirs a deep-rooted hunger in her, one that she does her utmost to deny.

Brodie sees a woman who possesses incredible independence and strength of character, but also a very wounded soul in need of reassurance. 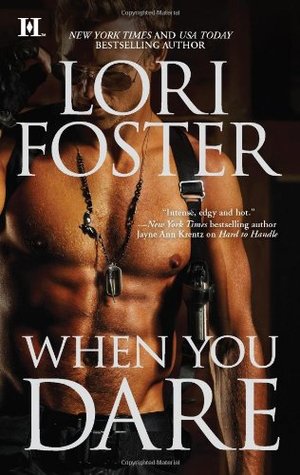 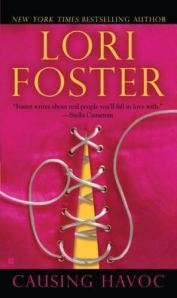 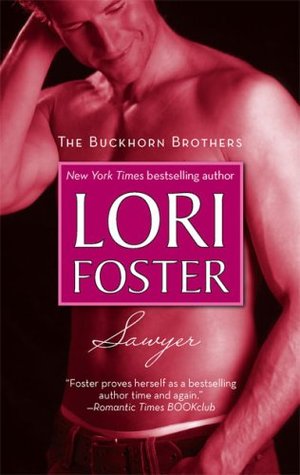 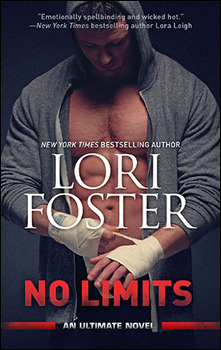 GR: Conversely, what makes them want to stay the hell away from each other?

LF: To be honest, Mary is pretty hard to like at first. In her effort to keep an emotional distance and stake her claim as the boss, she’s a little too outspoken, too sharp-edged and controlling. And Brodie isn’t much better. Once he knows Mary reacts in an adverse way to him, he goes above and beyond to get a reaction.

It takes them a little while to realize that they’re at cross purposes and for Mary to admit that she admires Brodie. She’s worked hard to find a comfortable place for herself in the world, and she fears risking it all for Brodie. Staying clear of him feels a lot safer.

Brodie doesn’t even try to stay away from her. He’s all about winning her over, though at first that didn’t mean "forever." It just meant for now. Then as he got to know her better, it turned into a whole lot more.

GR: What was fun about writing a love story that takes place on the road? Were there any moments that surprised you?

LF: Every moment in a book surprises me! My Muse starts with a character (Brodie) and a career (courier), and then when I sit down to write, I find a heroine, a family, nuances, plot twists, etc. One big surprise was Howler, the big-boned, clumsy dog. Oh, how I love that dog! Brodie loves him, too, and doesn’t mind showing how much.

Mary’s pseudo family was also a surprise. As I wrote her, I knew she’d work for Therman, but I didn’t yet know Therman. Not until he had a scene or two. And of course he loves her! How could he not?

My favorite surprise, though, was Helton—a criminal sort with a lot of conflict of his own. I’m not sure I can say anymore about him without giving away a spoiler, but Helton intrigued me a lot.

GR: How was writing Mary and Brodie’s relationship different from the relationships you’ve written in previous books?

LF: They’re all different because they’re different people to me. You could take two neighbors who worked at the same place, who had the same car and the same number of children, and yet they’d be different based on their past experiences, the things that had hurt them and the values they hold dear. 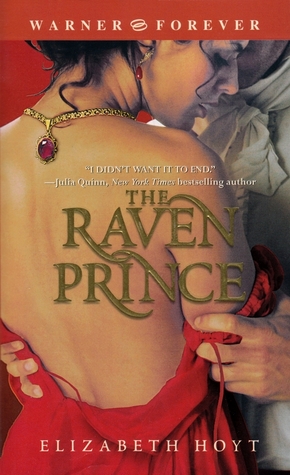 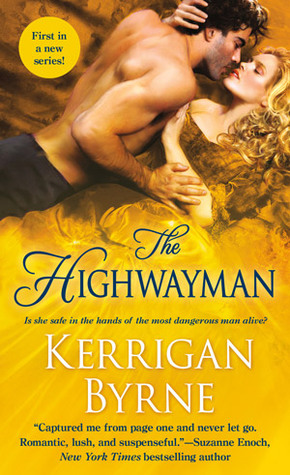 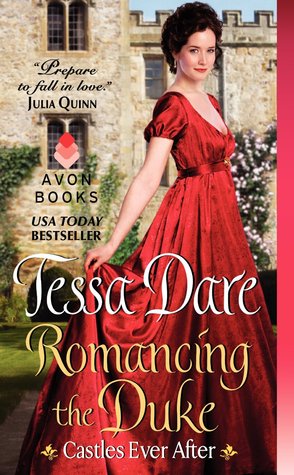 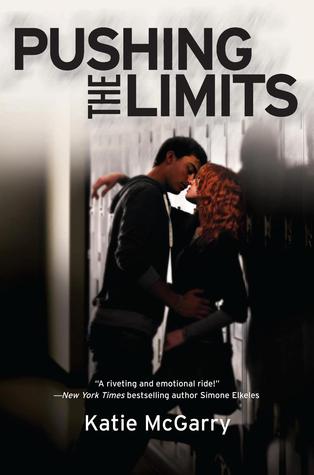 GR: Driven to Distraction is also the first book in a new series! Can you tell us anything about what you’ve planned next?

LF: In The Road to Love series, I also have a story for Brodie’s brother, Jack. Slow Ride is already written and turned in, and I’m anxious to write the third story, which will be for Charlotte, their longtime family friend who is much like a sister.

But first, I’m writing book two in the Summer Resort series. Sisters of Summer’s End picks up with other characters from Cooper’s Charm. For those who read Cooper’s Charm, you’ll recognize Maris and Daron, and Joy…with a new guy, Royce, who owns the drive-in next door to the resort. Because I looooove visiting RV resorts, writing this book is like taking a mini vacation in our RV. Please note, though, each book stands 100 percent alone! You don’t need to have read one to read the other.

GR: Our romance fans can never have enough to read! What romance books would you recommend to them?

LF: Oh my goodness! So, so many. I’ve been on a huge historical romance kick, and I can highly recommend Kerrigan Byrne. So much talent! Her books are very sexy, with amazing characterization and dialogue and fresh, unique plots. I also read everything Elizabeth Hoyt writes. She’s incredible, and like Kerrigan, her stories are very sexy, with intriguing characters.

Other authors somewhat new to me (whom I’ve greatly enjoyed) include Sophie Jorda, Tessa Dare, and Charis Michaels. For contemporary romance, Jules Bennett and Jessica Lemmon are both terrific. And for young adult, I highly recommend Katie McGarry. I could just go on and on!

GR: What books are currently on your Want to Read shelf?

LF: I have Bone Music from Christopher Rice and Shadow and Ice from Gena Showalter next in my lineup of reads, plus Solace Island from Meg Tilly is set to arrive November 6. Not the Duke’s Darling, by Elizabeth Hoyt, is preordered and due December 18. I’m looking forward to each of them! If only there were two of me, one to write…and one to read.

Lori Foster's Driven to Distraction is now available. Don't forget to add it to your Want to Read shelf! Be sure to also read more of our exclusive author interviews, and get more great book recommendations.

Awesome interview!!! Shared on my socials!!💖😉👍

Great interview. Great to how Lori write her characters and is upcoming. It good to know you don't have to read the first book to read the next in the series. I have done this few times with her books.

Haven't read any Lori Foster in a while, I think I need to pick this new series up!

Loved the book and the interview! I can never get enough of Lori Foster.

Fun interview- wonderful preview of Driven to Drastiction - so I ordered it, ha!! Will be on the lookout for Jack & Charlotte’s books too!!!

Terrific interview, learned a lot about the book. Just purchased it but haven't read yet.

Just started reading it, love Brodie already! Love all of her books!

Loved the interview. Lori Foster has a permanent place on my book shelves. Reading the book and looking forward to any and all new books. 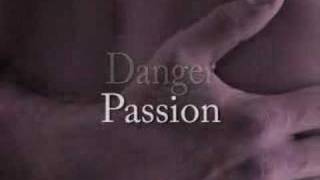