Posted by Goodreads on January 8, 2018
35 likes · 3 comments
No stranger to fables and folklore, bestselling author Holly Black returns to the world of the faerie—fairy, fae, or fair folk, to the uninitiated—with a brand-new series, The Folk of the Air.

The Cruel Prince, the first book in the series, transports readers to the High Court of Faerie. This is not a nice place for 17-year-old human Jude. The treacherous immortals hold nothing but contempt for her kind. But instead of planning her escape, Jude will pay any price to establish her place at court, even if that means defying Prince Cardan, the High King's wicked son.

Black, who has put readers under her spell with The Spiderwick Chronicles, Modern Faerie Tales, and Magesterium, talked to Goodreads about what draws her to mystical legends and why, despite her very faerie ears, she doesn't think she's cut out to be immortal.

Holly Black: There's a lot I love. I love that this world is not just about one being but about a whole ecosystem of trolls and goblins and nixies and pixies and sprites and dozens of other creatures. And I love that they're a bit like nature itself, with the wildness and pitilessness of a storm…but also with the warmth of a lazy summer day.

But most of all I love that, unlike most other supernatural creatures, they are not human and have never been human. They may look a little like us, but they're not us.

GR: Does the world of The Cruel Prince overlap with any of the other faerie worlds you've previously written? Can fans expect to see any familiar faces?

HB: Yes, it overlaps with the Modern Faerie Tales and with The Darkest Part of the Forest. You'll see people from both in The Cruel Prince when the characters come to the High Court for an ill-fated coronation.

GR: Faeries are such otherworldly beings. How do you make them so relatable?

To me, the challenge is to make them seem alien. I want them to be relatable. Then I want the reader to pull up short when the faeries do something that's a little bit off, a little bit inhuman.

GR: Faeries are also very prevalent in young adult fantasy. Have you noticed any trends in how faeries are being portrayed or interpreted? 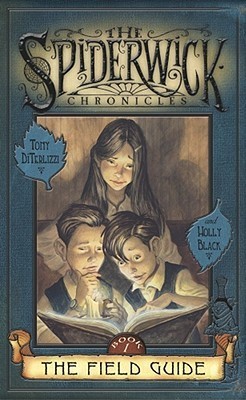 Error rating book. Refresh and try again.
Rate this book
Clear rating
1 of 5 stars2 of 5 stars3 of 5 stars4 of 5 stars5 of 5 stars
HB: It does seem like there's a new crop of faerie books in YA, which makes me very happy. In particular, I've enjoyed Wintersong by S. Jae-Jones and An Enchantment of Ravens by Margaret Rogerson. In every case, I think the authors have brought something unique to the way they've portrayed faeries.

GR: The fans love your faerie ears! What was the process for getting them?

HB: Ha! Well, I'd been looking at the work of a body modification artist, Samppa Von Cyborg, for a long time. I loved the elf ears he'd done for people. I watched some videos and read a lot about it. Last January, in the wake of the election, I decided that there was no point in my not doing it.

I wrote to Samppa, and he had a slot free during a tour he was doing of the United States. So I drove down to Baltimore, where he was going to be, and he reshaped my ears. It took two days—one ear one day and the next ear on the other—and it was amazing and a little terrifying. But now they just seem part of me. I absolutely adore having pointy ears.

GR: What kind of faerie would you like to be in real life?

HB: I am not sure I could really be one. I mean, so much of writing The Cruel Prince was writing from Jude's point of view, as a human, wishing she could be a faerie and being really aware of how impossible that is. I am not an immortal being who smells like crushed verbena. If I were, I would stop being me.

GR: Which of your characters do you feel resembles you the most?

HB: I am not sure any of them resemble me, but in each book there's a character who I identify with more than I probably should. In The Cruel Prince, it's probably Madoc—the redcap who murdered Jude's parents and raised her. He gives a lot of somewhat bad, somewhat practical, advice, and I love writing all his lines. I don't know what that says about me. Probably nothing good!

GR: You've cowritten books (like The Iron Trial with Cassandra Clare). Are there any differences between writing collaboratively versus writing solo?

HB: The best thing about collaborating is to have someone pushing you to do something different (and hopefully better) than you would do alone. It's a little like being a kid again and making up stories with friends. But, just like that, you have to share, which isn't always easy. I love collaborating, but for me, part of what makes it successful is having my solo projects, too.

GR: Which books had the most impact on you as a young adult?

HB: Probably Madeleine L'Engle's A Wrinkle in Time (I can't tell you how excited I am for the film), Lloyd Alexander's The Chronicles of Prydain, Anne Rice's Interview with the Vampire, Tanith Lee's short fiction, and J.R.R. Tolkien's The Lord of the Rings.

GR: What books are you looking forward to most this year?

HB: I am looking forward to Dhonielle Clayton's The Belles coming out so that I can talk about it with everyone. It's incredibly lush and beautiful with some really elegant world-building. And The Astonishing Color of After by Emily X.R. Pan is a beautiful meditation on grief and ghosts. I am also looking forward to Sabaa Tahir's A Reaper at the Gates and Marie Lu's second Warcross book because I want to know what happens! And then there's Maureen Johnson's Truly Devious, which is a delicious mystery with characters who've stayed in my heart. And finally Ally Carter's Not If I Save You First, which I can't wait to read.

Such an eloquent speaker. Would love to meet Holly Black. She sounds Gas

Love Holly Black's books!!! Can't wait to read this one!

I'm really excited to read this one, I read "Tithe" in middle school and not only learned for the first time about Fae and Faerie, but I fell into a ring of fire in love with the genre. 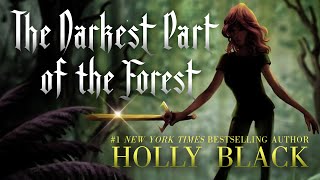