Posted by Goodreads on January 1, 2018
31 likes · 16 comments
The Chalk Man is a creepy coming-of-age murder mystery that bounces between 2016 and 1986, when readers first meet 12-year-old Eddie and his friends. They invent a game: drawing chalk figures on the ground to pass secret messages. But the game turns sinister when the figures start to appear on their own and lead them to the body of a girl.

Thirty years later, Ed thinks the past is behind him. Then he receives a letter containing just two things—a drawing of a stick figure and a piece of chalk.

The Chalk Man is a debut thriller from English author C.J. Tudor. Although Tudor says she's always loved writing, she didn't "really knuckle down to it" until her mid-thirties. Tudor left school at age 16 and has worked a variety of gigs, including waitress, copywriter, and radio scriptwriter. She wrote this first novel while she was running a dog walking business. She chatted with Goodreads about the innocent spark for her creepy novel and the allure of childhood fears.

C.J. Tudor: A friend gave my little girl a tub of colored chalks for her second birthday. We spent the afternoon drawing stick figures all over the driveway. Then we went inside and forgot about them.

Later that night, I opened the back door and was confronted by these weird chalk drawings everywhere. In the darkness, they looked incredibly sinister. I called out to my partner: "These chalk men look really creepy in the dark…"

GR: How do childhood fears play into your development of your debut?

CJT: I think we spend a lot of our time being scared as children. Our fears are both real and imagined, and sometimes the two collide. Yet, conversely, as children, we're also drawn to things that make us scared. We want to see a ghost or go into the woods and find something creepy.

Children live in a strange parallel world. One that adults can't enter. There is stuff going on when you're a child that you would never discuss with your parents or teachers. You can't tell them how one playground is off-bounds because the big, scary kids play there or how you won't walk a certain way home from school because the man at Number 43 freaks you out. Or why you don't like going to the garage to get the washing when it's dark (because a zombie might get you)!

In a way, I think our childhood fears never leave us. I used to live in a house with a cellar. The door was in the living room. There was no lock, and it used to gape open just a bit. I could never relax—I always imagined a hand creeping around the edge. In the end, I put a bookcase in front of it!!

GR: Let's talk twists! How did you pull off the twist in your novel?

CJT: Well, I do believe in the adage that you have to earn your ending. A twist is no good if it comes out of nowhere. It must be something that the reader could reasonably piece together themselves, or it's just a big, fat swizz!

So although I knew the ending I had in mind, it was important for me to leave bread crumbs throughout the book so the reader might have an idea of what happened, but, hopefully, not a full one. And if they did guess, they could feel pleased. Guessing a twist just before it's revealed is half the satisfaction. You know, that "Damn it, I was right all along" feeling!

GR: Tell us about your main character, Eddie. What were the challenges of writing him both as a child in 1986 and as an adult in 2016? And what drew you to Eddie? 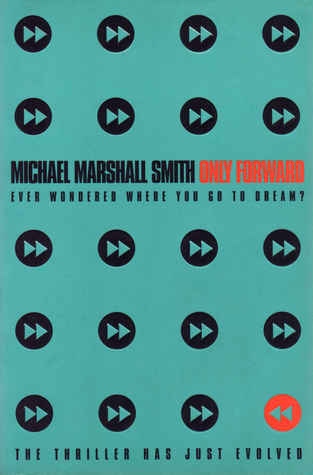 Error rating book. Refresh and try again.
Rate this book
Clear rating
1 of 5 stars2 of 5 stars3 of 5 stars4 of 5 stars5 of 5 stars
CJT: Well, I wrote the 1986 and 2016 sections separately. I wrote all of 1986 first and then threaded in 2016. So I was fully immersed in young Eddie's voice, and I think that helped when I moved on to older Ed. I already knew exactly who he was and what had shaped him, so it all felt really organic.

I love Ed, although, in many ways, Ed is the opposite of a likable character. As a child, he's odd, a bit of a nerd. As an adult, he's awkward, unsociable, cynical. He doesn't make good decisions. He's not heroic or handsome or sexy.

But then in real life, people aren't. It's their flaws that make them interesting. If someone was amazingly nice, clever, and good-looking, they'd be unbearable, wouldn't they?!

And despite his flaws, Ed has an endearing dark sense of humor, and he does try to do the right thing, even if it doesn't always work out. I see a lot of myself in Ed, which is perhaps a tad worrying!

GR: Which writers are you influenced by, and how do those influences show themselves in The Chalk Man?

CJT: Well, obviously Stephen King is a huge influence. I make no secret of the fact! There are even a few cheeky nods to King books in The Chalk Man. But then, in a way, the book is an homage to all the stuff I loved as a kid in the '80s: King, Spielberg, The Goonies, etc.

Another favorite writer is Michael Marshall [Smith]. He has an amazing imagination, and I love his bleak humor. I'm also a big Harlan Coben fan. I've always been drawn to dark, creepy stories. But I never wanted to write typical procedural crime fiction. It doesn't interest me. Nor does domestic noir. I like to take a mystery and then twist it a little, take it down a different path. A more unusual one. 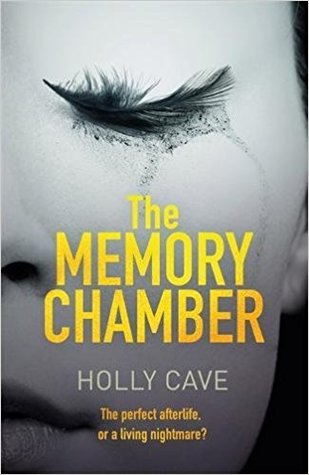 CJT: I am about to start The Memory Chamber by Holly Cave. Books I have recently recommended to my friends are The Dry, Behind Her Eyes, The Innocent Wife, You Don't Know Me, and The Woman in the Window.

When Joe Thorne was 15, his little sister, Annie, disappeared. And then she came back. Twenty-five years later, in the same small community, a ten-year-old boy is bludgeoned to death by his own mother. Joe returns to work as a teacher at the failing school, but also to find answers. However, coming back to the place where he grew up means facing the people he grew up with, the things they did…and what they found!

I think it's darker and twistier than The Chalk Man. I have definitely upped the creepy. So be prepared!

LOVED The Chalk Man. Looking forward to her next book, I'm intrigued! I enjoyed the question about Ed - he is a great character because he is imperfect and he did come across as very organic to me as a reader.

Thank you for this Q&A on how CJ came about her characters for her amazing book! I agree on the question about Ed; he is a character you hate to love, almost... The Chalk Man was my favorite thriller read of 2017! And I am beyond excited you have another coming out!!

I'm still blown away that The Chalk Man was a debut novel. It's nearly perfect! Well done. And, I'll be attacking your next book for certain.

Thank you for sharing this with me. It's great to know about where an author gets their inspiration from and how they write. Interesting that the two time lines were written separately as they work so well together you can't see the seams where they have been worked in together. Brilliant writing. I am really excited about books 2 and 3!

Nick wrote: "I'm still blown away that The Chalk Man was a debut novel. It's nearly perfect! Well done. And, I'll be attacking your next book for certain."

Yes, I totally agree. Some writers never get so close to perfection in a lifetime of trying. CJ has done it straight out of the box

Awesome interview! The Chalkman is now one of my absolute favorites! I have told everyone I know to read this book and have purchases copies for friends. I can not wait for more!

What a great interview! Just a great background story of this author who is going to be HUGE! Can’t wait for book #2!

Fantastic interview! I loved The Chalk Man and agree 100% on twists and earning your ending. I feel tricked if there isn’t a trail of bread crumbs. Love the thoughts on Eddie too. He’s quite the memorable character.

What a debut! I can’t wait for the second book!

Great interview. The Chalkman was a fantastic read. Soon it will be released in dutch and I hope it will be a good sell !
And then we go waiting for the next book...

I LOVED The Chalk Man! I have been passing around my copy,
making all of my friends read it.

I enjoyed the interview and loved reading The Chalkman. Thank you for sending the info.

I didn’t want to read The Chalk Man but was I glad I did. Couldn’t put it down and didn’t want it to end either. Can’t wait for her next book.

Thank you for an excellent Q&A. Because of this, I not only feel a real introduction to knowing CJ Tudor, I can't wait to read her books & have a great journey with her throughout many twists & turns.

I'm still waiting for my turn at the library. This book is going to take weeks to become available.

What a wonderful interview and a great introduction to a debut author. Well done Goodreads! I am definitely going to read The Chalk Man now and look forward to the upcoming book as well!!!

Is this book ok for a 13 yr old boy who likes darker stories about teens dealing with problems? 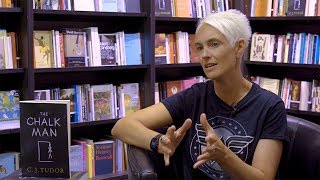