Posted by Goodreads on November 8, 2017
26 likes · 0 comments
We all know how it goes: "Tale as old as time, song as old as rhyme." Our heroes meet, fall in love, overcome their enemies, and ride off into the sunset.

But what happens after happily ever after?

Three years ago Michelle Hodkin concluded her haunting Mara Dyer trilogy, the New York Times bestselling series that began with The Unbecoming of Mara Dyer. Readers thought they had to say goodbye to Mara's world of paranormal thrills and gothic romance. They were wrong.

The Becoming of Noah Shaw continues Mara's story…from the point of view of the young man who loves her. As Noah and Mara fight to keep their secrets safe, the truth behind their supernatural abilities threatens to tear them apart.

Hodkin answers your questions about one of her favorite "dark, twisted, and sexy" scenes in The Becoming of Noah Shaw, the classic fairy tale she'd love to retell, and the stories that give her the creeps (in a good way, of course).

Michelle Hodkin: 2013. I was deep in the weeds writing The Retribution of Mara Dyer—on my fourth draft, to be exact. Originally, Noah was in that book all the way through, and while I knew the story had to be told from both his and Mara's perspective, Noah's story had so many layers. I finally realized that in order to wrap up the beginning of Mara's story, I would have to leave Noah out of a lot of it. Luckily, my editor at the time felt the same way, and he acquired three more books to wrap up Noah's personal journey.

Gwen: OK, I know spoilers are probably not allowed, but what was your favorite scene to write this time around?

MH: It's a toss-up between a scene between Noah and Jamie that takes place while they're playing pool and a scene between Mara and Noah that I've been sharing excerpts of on social media. I love the first one because Jamie and Noah are such different characters with completely different perspectives of the world (and the people they mutually care about), so it was fun having them play off of each other. I love the second one because it's dark, twisted, and sexy.

MH: Such a great question! I've always had a soft spot for The Little Mermaid. The Disney version (1989) gave the protagonist a happy ending (and I'm not sure I could top Ursula—definitely one of the best villains of all time), and that's the story I'd love to revisit if I could. The original tale by Hans Christian Andersen is so brutal; I almost feel like the character deserves as many happy endings as writers can think to give her.

Kate: What books do you want to read before the end of this year?

MH: There are so many incredible books I haven't been able to get to just yet—my nightstand is threatening to topple under the weight of them. The next ones on my list are There's Someone Inside Your House by Stephanie Perkins and Kendare Blake's One Dark Throne. And I know I'm shamefully behind, but I'm planning to read the Cormoran Strike novels by Robert Galbraith (aka J.K. Rowling) right after.

Cindy: Your writing has been (accurately) described as "deliciously creepy." What creeps you out—in a delicious way?

MH: I love a good horror trope; horror is probably my favorite genre. So when I come across books and movies that do interesting, fresh takes on old genre standbys—like The Passage by Justin Cronin (vampires), House of Leaves (haunted house) by Mark Z. Danielewski, or the film Raw (cannibalism)—it's really thrilling to me. My favorite scares are the ones I don't see coming.

Rachel: Who's your book best friend, the fictional character you just know you'd get along great with?

MH: There are so many! If I have to pick just one, I'll say Simon Lewis from The Mortal Instruments. Who wouldn't want a best friend like Simon?

Missy: When did you know you wanted to be a writer?

MH: When I was 27. It honestly never occurred to me before—I thought books were magical objects written by geniuses, and I was most definitely not a magical genius. I was always quite practical, so I went to law school and became an attorney…and thought that was that.

But then I got an idea for a story that held me hostage; not writing it didn't feel like an option. That story was The Unbecoming of Mara Dyer. I didn't know how to write a book, get an agent, or get published, but I left the law firm I worked for and managed to do all three. I haven't looked back since.

Elle: How often do you write every day? And how do you power through the dreaded writer's block?

MH: I don't always write every day, but I do try to devote each day to some sort of writing task. On the best days, that's writing. But sometimes it's plotting, and other days it's revising, which often involves cutting more words than I add. The revising stage is much more fun than the drafting stage, which is painful—the seemingly infinite number of possibilities can be so overwhelming, it's crippling.

In my case, writer's block usually stems from uncertainty about which plot choices to make, so the way I power through it is to go through my bin of scenes I know I want the book to include and choose one I'm most excited to get to. If I can get myself to commit any words to paper, it's often enough to unstick me—and because I'm never sure what direction the scenes will take me in, I think that helps make my books feel fresh and surprising to readers.

Jordan: All good things don't have to come to an end! (At least not yet for Mara!) Which book series do you wish could also get a companion series?

MH: It'll never happen, but I'd love to see the Harry Potter books written from Hermione's point of view. Not just because I wish I could go back to Hogwarts, but I really do think that from her perspective they'd be entirely different books.

Hilary: If you were a character in Mara and Noah's world, what kind of character do you think you would be?

MH: This is a tough one. There are parts of myself in each of the characters, and I definitely used to identify pretty strongly with Mara and Jamie. But writing Noah's trilogy has highlighted how much I have in common with him—much more than I ever would have thought when he first popped up in my consciousness eight years ago. Noah has always surprised me the most, and I think readers are going to be surprised by him, too. 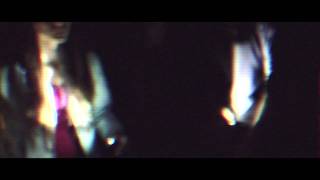