Posted by Goodreads on March 14, 2016
78 likes · 19 comments
The Bridgertons have a mind of their own. When Julia Quinn introduced the feisty family in The Duke and I in 2000, she planned on it being the first in a Regency romance trilogy. The characters had other ideas. By the time the beloved series ended, there were eight books, one for each of the Bridgerton siblings.

So what's next for the bestselling writer? Quinn, who lives with her family in the Pacific Northwest, has the Smythe-Smith Quartet and the Bevelstoke series to further explore her passion for historical romance, but she—like her readers—can't get enough of the Bridgertons. Her new book, Because of Miss Bridgerton, is the start of an irresistible new prequel series. This time the focus is one generation back, on tomboyish Billie and the Rokesby brothers. Everyone expects Billie to marry convenient Edward or sensible Andrew, so why must the sparks fly between her and George, the most arrogant and aggravating brother?

Read on as Quinn answers your questions about what to do with "extremely challenging" characters, how she picked her pen name, and why she would never, ever want to actually live in the Regency era. 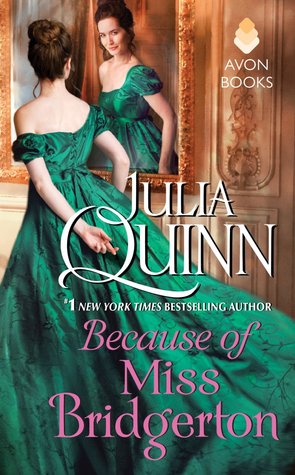 About life in general: Be patient.

Marziye: I'm a big fan from Iran! When I want to read a historical romance, you're always my first choice. Have you ever been tempted to write in a different genre?
Nope. I'm not a very fast writer, so if I wanted to do something different, it would have to be instead of what I'm doing rather than in addition to. I still really enjoy writing historical romance, and I'm fortunate enough to be making a good living at it, so it really doesn't make sense to do something else.

Diane Bowden: Did you imagine The Duke and I? Did you have any idea then that you'd still be writing about them all these years later?
Not at all! In fact, when I started The Duke and I, I thought it would be the first of a trilogy. I planned to write about Daphne, Anthony, and Colin. For the life of me, I can't remember why I gave Daphne seven brothers and sisters.

Lakauz: I love each of your books—the mix of comedy and romance is beyond compare. I work in Outreach Services and Reader's Advisory at my local library, and I always feel like I've found a friend when a patron loves your books as well. I was wondering if there is any hope for more Smythe-Smith or Bevelstoke stories? As a writer, do you enjoy revisiting old characters or creating new ones more?
The Smythe-Smiths had always been conceived as a quartet of books, so I don't think I'll be doing any more in that series. (That said, they will likely show up as secondary characters from time to time; I have too much fun at their musical performances to let them go.) I probably will write more for the Bevelstokes, though. Winston in particular needs a book, and probably Louisa, too.

Julia Quinn: I first picked up Everything and the Moon because the author was Julia Quinn and that is MY name—and has been since I married 25 years ago! I fell in love with your sense of humor and fun and, of course, the happily ever afters. So my question: Where did you think of your great pen name? Because it is a really awesome name! ;)
LOL! It's an excellent name. Here's the story: When I sold my first book, I had just been accepted to Yale School of Medicine and was planning to begin my studies four months later. I wasn't sure what sort of doctor I would become, but pediatrics was high on my list. I changed Julie to Julia because it sounded a little older. (I was pretty much the youngest historical romance writer around at that point, and I wasn't sure if people would take me seriously.) As for the last name, I had recently bought a book by Meagan McKinney that I had discovered because I was at the bookstore hoping that Judith McNaught had something new, so I thought—whom do I want to be near on the shelves? I thought that readers who liked Amanda Quick would like my books, so Julia Quinn was born!

Here's something funny: My family doesn't call me Julia, nor do they use Quinn for anything, but in correspondence I am ALWAYS referred to as JQ. When we've got one of those crazy, involved group emails where everyone is trying to coordinate their schedules for Thanksgiving—it always says: Mom, Dad, Em, Abi, and JQ.

Karen: Greetings from Honduras! Which of your characters has been the most challenging to write for? What about the most fun?
I found writing about Gregory and Hyacinth Bridgerton extremely challenging because they had originally been created as children. I had to "grow them up" in my head before I could make them romantic leads in their own stories. Hyacinth in particular was difficult because she's such a piece of work. Her character was well established as being outspoken and occasionally annoying. I had to figure out how to make her a sympathetic heroine without giving her a lobotomy.

The most fun is definitely Lady Danbury. There's a reason she shows up in so many of my books!

Marusya: Would you like to live in the time period and places you write about in your books?
No way! I am very much a creature of the modern age. Plus, I'm a science geek married to a doctor of infectious diseases. If I don't have access to antibiotics and vaccines, I don't want to live there!

Hannah: If you could go back and change one thing in your Bridgerton series, what would it be and why?
Ooooh…. Good question! The answer is actually more of a behind-the-scenes thing. Because I hadn't originally planned to write eight books (see above), I didn't really plot out the entire arc of stories very well. As a result, there were a few times when I found I'd written myself into a corner. I'd put characters in places that were extremely inconvenient to the current story I was writing. Also, I didn't have a very good system of keeping track of smaller details.

Olivia: Every reader I know has their favorite scenes in your books. What's your favorite in Because of Miss Bridgerton?
I'm not sure I have a favorite, but I definitely have a soft spot for the Pall Mall scene. It was such an iconic moment in The Viscount Who Loved Me. I really enjoyed showing how the Mallet of Death got its name!

Ellaine Patalinghug: If you could choose one character from the Bridgerton series to spend a day with, who would it be? And where would you take them?
Any of my heroines, really. I would take them somewhere that would show them how far women have come since the early 19th century. My heroines aren't chomping at the bit to break down barriers or change the world, but I think they have all felt frustrated by the limitations placed on women. Penelope would have liked to leave home and travel the world, I think, and Eloise would have liked to become a doctor. But you don't see them talking or even thinking about this; such ambitions were so far outside the realm of possibility, it wouldn't have even occurred to them to dream about it.

Great article. I like the tidbit for writing advice to, honest and makes sense.

I loved the book! As always enjoyed this one. Hope there will be many many more.

Thanks for sharing your thoughts and your writing! Whenever someone asks me for a romance book recommendation, your books are first on the list. I'm thrilled to be getting more of the Bridgertons! (& the mallet of death -lol )

Can't wait to read the next book. I just love the combination of fun and romance. When my hubby hear me laughing out loud when I'm supposed to be reading, he knows I'm reading a JQ book.

I've also love the pall mall game - I have friends, who've always (since the early 90'ies at least) played croquet that way, even down to the black mallet of death. It had me in giggles when I found it in a book too. It can really be recommended to play that way.

I knew there was a good reason I loved this author. I discovered Julia because I was looking for sonething new by Judith McNaught

Things definitely tend to be more hectic and interesting in big families (trust me, I know). I'm so glad you have Daphne seven brothers and sisters! Can't wait for your next book to come out!!

Loved it ! Thanks for sharing Julia !

Thank you for all those moments in your books that have relaxed my mind from the stress of our present time. You are also a healer because you have taken my mind off my physical pain when I read your novels. We might have come a long way in medicine and choices for women, but I enjoy being sent back in time with your novels. It's like wandering back in time with all the wonderful descriptive scenes. You have a way of showing the rules of the times and, how a strong heroine who knows what she wants breaks them in a charming, innocent, humorous, witty and sexy manner! Always looking forward to your novels. Thank you!

Hi Julia, my favorite book of yours is Splendid. Alex and Emma's chemistry was just so much fun. I love Emmas spirit and determination to be more. I got hooked on your books and read all of them. Will you do more 2nd epilogues for your other series.

Oh great, hi julia, I am waiting your new book. Always looking forward to your novels. Thank you!

Mary wrote: "Oh great, hi julia, I am waiting your new book. Always looking forward to your novels. Thank you!"

Hi julia do you allow anyone to adapt your romantic writing i belong to Pakistan n want to translate your writing in urdu.

I read JQ's books a long way back! Definitely need a revisit!

I am obsessed by JQ's books and ran through them at a vast rate of knots when I first discovered her writing. My personal favourite is still The Duke and I.

The Duke and I is one of my favorites. I wasn't too much of a fan of Hyacinth's story but that had more to do with her love interest than her. I love Julia Quinn's books.

i noticed how she got in the brag about getting into yale med school. has absolutely no relation to her answer but i guess she had to get that out there. just sayin'. (psychology minor; i dissect alot of chatter- not at yale.) 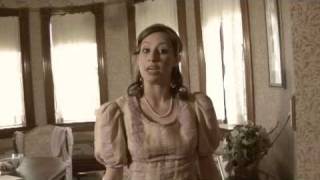