Posted by Goodreads on January 18, 2016
46 likes · 15 comments
As far as we know, Christine Feehan doesn't have psychic, telekinetic, or shape-shifting powers. Those belong to her irresistibly sexy characters. But what the California-based author may lack in paranormal might, she makes up for in paranormal writing. In 1999, she published her first book, Dark Prince. It made an impression, taking home three Pearl ParaNormal Excellence Awards and kick-starting a beloved, bestselling series that is now at 28 books and counting. That might be enough to keep an ordinary writer occupied, but remember, she's a little supernatural herself. In addition to the Leopard People and Sea Haven series, there's her GhostWalker series, which focuses on the hot and heavy exploits of genetically enhanced military men. The next chapter unfolds in Feehan's latest book, Spider Game. In a dangerous and godforsaken swamp, trained killer Trap Dawkins comes face-to-face with the one woman who could be his undoing—a woman of breathtaking beauty and desire…whose kiss can kill.

Read on as Feehan answers your questions about what makes a seductive hero (besides being "incredibly strong," of course), why she can't write in silence, and which of her kick-ass characters she'd like to trade lives with for a day. 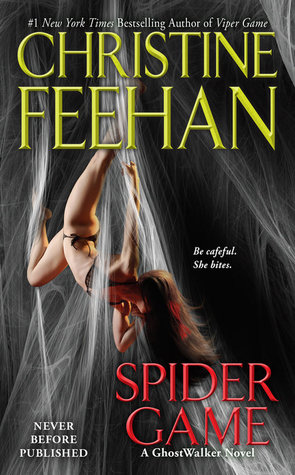 Error rating book. Refresh and try again.
Rate this book
Clear rating
1 of 5 stars2 of 5 stars3 of 5 stars4 of 5 stars5 of 5 stars
Ana: You are my absolute favorite author. I'm so excited for Spider Game! What have you learned about yourself while writing all these wonderful stories?
I learned I had a lot more discipline than I thought I had. That I have way more voices in my head…. LOL! Writing has made me more compassionate because of the many types of characteristics and personalities my heroes and heroines have that I might not have myself.

Melissa McNamee: What do you like to read when you have downtime and just want to unwind?
I read almost every genre. So I bounce around a lot. I love Laurie R. King's Mary Russell series. I'm stuck on Kristen Ashley and read almost everything of hers. I'm also a huge Lee Child fan.

Annette Miranda: Your stories and characters are so well written—it all feels so real! What inspires your characters? Do they come to you as you're writing, or are they based on people you know?
Most of them come to me in my head first and get stronger and stronger until their story is told. A few have had characteristics of people I know.

Sasha: I'm so obsessed with your GhostWalker series! In Spider Game Cayenne has "a heart of pure venom." If you were a character in the GhostWalker world, what would be your paranormal identity?

If I could be anyone? I loved Cayenne from Spider Game. I thought the things she could do were so cool. She was kick-ass and someone you really wouldn't want to cross.

Aurora Russell: What do you think is the most important part of creating seductive heroes readers can't get enough of?
I have to write a hero who appeals to me personally. He's always incredibly strong and protective of his woman but is broken and needs to be healed in some way.

Jan Springer: I would love to know about your writing environment. Where do you write? Do you need absolute silence, or do you like to listen to music while you work?
I learned to write, first surrounded by my family—which is huge—and then by my children, so there has to be some sort of noise in the room while I'm writing, whether it is music, rain, or background noise.

Candy: Which one of your characters do you think you would get along with the most? What about the least?
I would love to hang out with Gator from Night Game. I love his sense of humor and sense of family, and I love Louisiana. He is interesting and fun. I think I would have a hard time getting along with Rafael from Dark Secret…. LOL!

Alyssa Mayley: As a writer, I struggle to finish a book because halfway through the edit, I always put it away to start something new. How do you push through the boring aspects of editing to finish a story before moving on to the next one?
It is a very common thing when you have books pushing at you, but that is where the discipline comes in. To get through it, I treat the book as if someone else has written it, and I read it from page one as if it's a great adventure. As the book unfolds, it is like a movie in my head, and I can see the errors and change them. I never allow myself to move on until I have finished the edits. I figure however long it takes me to read a book is how long it will take me to do my edits.

KatieV: Do reviews and reader feedback shape your work? Or do you feel like it's better to avoid the feedback—both positive and negative—so that it won't interfere with your vision?
I don't read reviews. Reviews tend to paralyze me. I can't use suggestions because of the way that I write. The characters dictate to me the direction of the story.

Angela Johnson: If an Evil Genie offered you three wishes, would you take them? (He may be evil, but he's still a genie!) And if so, what would you wish for?
Any wishes I have would sound pretty trite. I would wish children in the world would no longer suffer. No more war. No more evil done to children.

Thank you so much for giving me this opportunity to reach out to my readers!!!!
Like · 46 likes · 15 comments

I haven't read a book of hers that I didn't thoroughly enjoy. Can't wait to read Spider Game.

I love your 3 wishes. I think it's everyone's responsibility to protect children. They are vulnerable and they are our future. Protect them. I Love your Ghostwalker series vest.

I love your Leopard series. Please give us more. I also love the Dark series. You are a fantastic author.

When I went to Canada on holiday I no books to read. I went in to a charity shop and got a book by Christine Feenan, since then that's all I am reading. I am totally hooked.When ever I see her books I just get them.I can not afford to buy new ones, but Amazon have used ones, they are just as good. Once I start a book I can not put it down. Like I am lost in fantasy. Brilliant.Spellbinding.

I love the dark series! Can't wait to see where it is going next.

I so, so love all your series. Like you, I could hang out with Gator also (his book is my favorite of the Ghost Walker series). Except for the new Spider Game book, I have read everyone of your books and I have quite a few of them on audio. Please keep writing. To me you are THE QUEEN OF PARANORMAL.

I am a devoted fan Christine, you are one of my most favorite
authors. I have read all your books and I anxiously wait for every new one. I Don't think I could possibly choose a favorite series, I love them all equally. I love to escape into the worlds you create. Your books are always a guaranteed "Good Read"

I was on vacation and went into a Walmart looking for a book to read on the road. I picked up Lair of the Lion. I had never heard of you at this point. I couldn't put the book down. When I finished it I went back to another bookstore looking for anything by you. I picked up Dark Prince I was hooked I went to every discount store with in reach and what I couldn't find there I ordered at Barns and Noble. Then I think there was only 12 in the series. Now in my bookshelf in my living room I have all your books . I have a nook and kindle but , I keep yours in book form on my shelf. I love the way you write .

Thank you so much for this interview.
Love seeing how you write ♡ I fell hard for the GhostWalkers first.
Kadan & Tansy started it all for me. However, Gregori~the Dark One~Rules!

Can't wait for your new series

i love your books cant wait to read this!!!

I have enjoyed every single one of your books but I wonder why you repeat names and have look alike sound alike names? I don't like seeing the name Maxim repeated as Maksim in another book or have two different characters named Eli and Elijah in the same book. It doesn't quite ruin the book for me but.... I don't like it.

Love your writing!! Just started Fire bound, with Dark promises in the wings and Spider game as well. You are delightfully creative with all your characters. I thank you for allowing me to spend so much time with all the hunky and protective men you created. 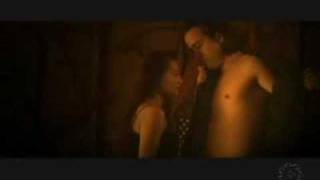