Posted by Goodreads on August 17, 2015
55 likes · 12 comments
If Sherrilyn Kenyon once sold her soul to an ancient goddess in return for supernatural writing skills, we wouldn't be surprised. The bestselling author officially kicked off her Dark-Hunter series in 2002 with the dangerously seductive Night Pleasures, and she hasn't looked back since. In her beloved paranormal fantasy world, Dream-Hunters stalk the night and immortal warriors trade their souls for acts of vengeance. Dragonbane, the newest addition to Kenyon's Dark-Hunter series, is Maxis and Seraphina's story. He's a Katagaria, a shape-shifter with a wild dragon heart, and she's Arcadian, his kind's natural predator. Thrown together by the Fates thousands of years ago and parted by betrayal, the two are reunited in modern-day New Orleans, where an undercurrent of evil threatens to overtake everything and everyone they both love.

Read on as the author answers your questions about how she keeps all her story lines straight (two words: string theory), why she doesn't worry about writer's block, and which of her characters she'd want to be stuck with on a desert island. 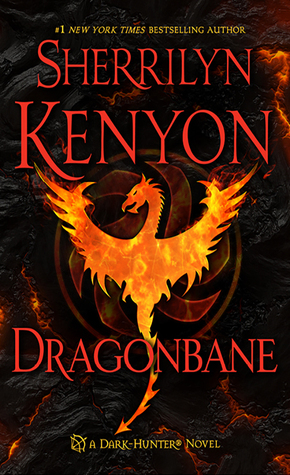 Error rating book. Refresh and try again.
Rate this book
Clear rating
1 of 5 stars2 of 5 stars3 of 5 stars4 of 5 stars5 of 5 stars
Bryanna: Your characters are known for their charming wit and biting sense of humor. How do you create the hilarious retorts that give life to your characters?
Spend five minutes with my family, and you'll know instantly. One-line zingers are our specialty and forte. My sons can get away with a lot, so long as it's intelligent and humorous.

Amy: How do you come up with names for all your awesome characters?
Believe it or not, they come to me with their names. It's really weird, and I admit it. As soon as the character is in my head, the name is with them. It's like it's an intrinsic part of them. I don't know if it's my subconscious that kicks it out or if, on some esoteric level, they're real people who exist in an alternate universe and I'm simply channeling them. There are times when that's what it feels like.

Cinsai: How do you keep all your story lines organized? Do you have them outlined from the start? I like to imagine you have a room with colored string connecting various characters and plots until it looks like a crazy web, but that's just me!
I don't outline anything. It's as if I'm channeling spirits in an alternate world. I'm a big believer in string theory and multi-universes. There have been plenty of theories that writing is an alternate state of mind, and perhaps that's true. I leave that for others to philosophize, and I have my own theories on the subject. All I know is that the people in my worlds are so real to me that it's simply like keeping up with family. Just as you remember all the small details of those who are familiar to you in your daily life, I remember the people who inhabit my books. Their likes, their dislikes. Their traumas and happiness. Of course, I can't remember anything else, like where I put my keys or the drink I just had in my hand three seconds ago. But I know what Ash had for breakfast, by golly!

Kimberly: What does a typical day of writing look like for you? Is there a specific time of day that you enjoy writing the most?
I don't think there is ever a "typical" day. If you've ever seen Galaxy Quest, that's basically it. My days are me trying to get through the giant chompers without getting smushed or crushed. Total chaos. As for a favorite time? Late, late, late. When everyone is in bed and no one disturbs me.

Robin: Your characters are so three-dimensional, and they always find interesting ways to work through their emotional issues. Do you have a background in psychology? You just have such a good grasp of what makes people tick! Do you have any tips for writing complex characters like yours?
I do, actually. I was a psych major in college for a while, and my best friend from childhood is a psychologist. But parapsychology and cognitive functioning were more my areas of focus/interest.

The best thing to do is observe people and ourselves. Listen to them and how they rationalize their behaviors, especially contradictory behaviors. A lot of my interest came from the fact that my father was a combat vet. I grew up trying to understand the different sides of a very complex man who was both a father and a trained soldier. Nothing teaches a writer better than real life and real people. Not to mention, people are fascinating, and everyone has an incredible story of inner strength and beauty. You just have to take the time to listen to them.

Jessica: How did you get your start as an author? You inspire me to follow my dream of writing novels, and I would appreciate any pointers.
It's been almost 40 years since I started. Back then you went to the library, to the reference section, looked up the publisher's information and had to call them to get editorial acquiring and market information. Everything was done manually. I don't have a clue on how they do it today for beginning writers. The best advice I can give you is to stick with it and listen to your characters more than anyone else. Good luck with it!

Jenna: Do ever get midway into writing a book and hit a wall? How do you get through that and into the writing zone??
No, by then I've hit the stride. I know the characters and am eager to see where they're going to take me and how it'll all tie together in the end. I just wiggle the mouse to wake up my PC. Seriously. That's all I have to do. I'm always in the mood to write.

Donna: I love the way you mix different mythologies together! It quickly pulled me into the Dark-Hunter/Dream-Hunter world. What is your favorite mythology?
I love them all. I always have. There's never been a religion or mythology that hasn't fascinated me. I love learning about history and other people's belief systems. I think it comes from having been raised in a multicultural home/background, among radically different belief systems.

Michelle: Which of your characters is the most fun to write?
Hmmm. I know where we're headed with the second book, and there will always be a main focus. But as for the books being dedicated to one specific person in the story, I don't think I'm going to follow that one. The first is dedicated to my husband, without whom I would never have ended up in the South.

Juls: If you were trapped on a desert island, which three characters from your books would you want to be stuck with?
Any of the characters who have wings and could fly me off it. Or one who had the powers of teleportation. Sav would be good, too. We could use that surfboard. Have you seen my skin tone? Not a beach person :) The rest of my family has nice dark skin that tans and never burns. Never. I do not. I burn to a nice crispy red within minutes. Solarcaine was the scent/perfume of my childhood. You've no idea how many times as I child I was traumatized by my nonburning family, who didn't understand why I needed 1,000-proof sunblock. Or why I burned on overcast days. I was their science experiment.

But if I was trapped during a zombie apocalypse—or on Antarctica in a cabin—Bubba for the sheer entertainment and the fact he'd probably set fire to Mark and keep us warm. Simi because she'd keep us well fed. And Dagger because he's really good at surviving in bad situations. (Dagger is a new hero I'm currently working on for the next League novel. OMG! He's awesome! Like Zarek on steroids.)
Like · 55 likes · 12 comments

Thanks for the great interview questions and answers. I can't wait to meet Zarek.
Carol L

Me too! Can't wait for Zarek!

If I am not mistaken, Zarek already has a book. He is the protagonist from Dance With the Devil. It might help to read book two before you dig into this one.

Sara wrote: "If I am not mistaken, Zarek already has a book. He is the protagonist from Dance With the Devil. It might help to read book two before you dig into this one.

You are correct Sara. I believe she was saying that Dagger is the new character and he's like Zarek.

I recently added DRAGONBANE to my Kindle library. I've just started reading it and I can already tell y'all its a winner!
I have yet to come across anything by this lady that isn't amazing, awesome, filled with characters that I really wish were real and I could be buds with and hang around with!!
Sherrilyn's League series is the first of that genré that interested me and I have loved every one of them. So looking forward to the next and the next and the ones after that.
Last year I had hoped to get the (nearly complete ) DARK HUNTERS series. However, life interfered so it sits on my wish list.
At least I can borrow the books from the library and as already mentioned, I pre ordered DRAGONBANE and am loving it as I have all of the others.
I can't always get into every thing some authors create but I have a blast reading any and every thing from you Sherrilyn.
Actually, the LEAGUE novels have brought out a new creativity that I am exploring with my own writing!
Mérci, Renée

Wow!!! The new Dragon series and a new League book you are spoiling us thankyou thankyou xx

I just love you lots have almost all your books!

You are my very favorite author. I love everything you write. I'm totally intrigued with the world's you create. Thank you for hours of amazing stories. You are the master!

Traci wrote: "Sara wrote: "If I am not mistaken, Zarek already has a book. He is the protagonist from Dance With the Devil. It might help to read book two before you dig into this one.

Oh yeah! I think he will be fun. xD

As much as I enjoyed this interview, I was disappointed that none of the questions pertained to her latest book, DRAGONBANE.

Great interview and look forward to getting acquainted with Dagger. 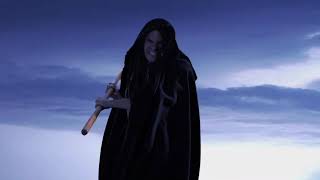