Join Group
Reviews are very important for Self-Published (SP), and Indie authors, just as they are for others. Unfortunately, though, many SP/Indie books don't get the review attention they deserve. In this group, authors can gain honest reviews from other author members. All members are encouraged to participate fully in the review process, rather than concentrating only on obtaining reviews for their own work. We are all in the same situation.
category
Goodreads Authors -> General
tags
reviewers, reviewing, and reviews
group type
This is a public group. Anyone can join and invite others to join.
rules
*** Please be aware that requests/of…more
[close] *** Please be aware that requests/offers for Reciprocal Reviews are not permitted in this group. We are also not a forum for authors to request reviews outside the official reviewing groups set up by the moderators. ***
flag this group (?)
Flagging a group will send it to our team for review. We take abuse seriously, so please only flag groups that clearly need our attention.

topics: all | new | unread
Discussion Board

The Four Treasures of Eirean 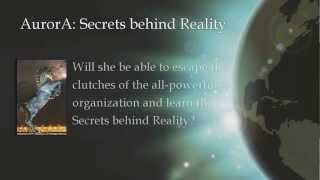 Friends in This Group

You have no friends in the Review Group group. Invite some »

Myself and the other mods have been surprised at the enthusiasm members have shown for the 'one time only' genre specific review rounds that have been set up for the 100th group celebration.

Which leads to the question, should the group move to genre specific rounds?

The downsides are that some genre rounds, especially more 'niche' ones might be difficult to fill, and after a few groups, organising non-reciprocal reviews, if the same people join over and over again, could be problematic.
Upsides would be that authors could be confident that their reviewers understand their genre.
As always, groups are set up when we have mods willing and available. Some mods only mod one group at a time, so instead of a 'general' group being set up every couple of weeks, you could wait months for another group in your specific genre.
The number/types of rounds we can run depends on the number of mods, their availability and their willingness to mod a particular group.


Both.
54 votes, 53.5%
No, keep it as it is, with general, clean and 18+ categories.
14 votes, 13.9%
Only genre specific rounds
14 votes, 13.9%
Both genre specific and general (write-in)
10 votes, 9.9%
Both (write-in)
7 votes, 6.9%
Genre specific would produce better reviews for the author, but my novel is a YA and I am concerned that the group might not include enough YA authors to make genre-specific reviews practical.
1 vote, 1.0%
Both .. please. (write-in)
1 vote, 1.0%
Silent Guy and its around ebooks on reviews and comments you like theme for to me
0 votes, 0.0%
101 total votes
12 comments
Sign in to vote »
More polls…
Group Home Bookshelf Discussions
Events Photos Videos
Invite People Members Polls

Warren
last active Jan 27, 2020 01:31AM
This moderator is inactive. If you'd like to help out in this group, send them a message asking to be made a moderator. If they are unresponsive, please contact Goodreads and state your request.

Why are you flagging this group?