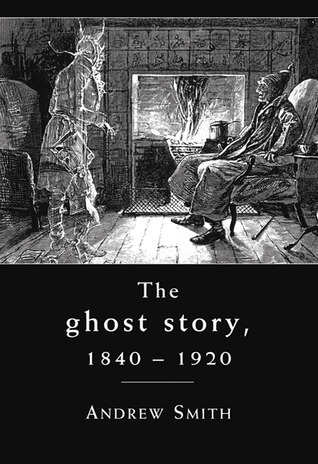 3.44
16 ratings1 review
Rate this book
"The Ghost Story 1840-1920: A Cultural History" examines the British ghost story within the political contexts of the long nineteenth century. By relating the ghost story to economic, national, colonial, and gendered contexts it provides a critical re-evaluation of the period. The conjuring of a political discourse of spectrality during the nineteenth century enables a culturally sensitive reconsideration of the work of writers including Dickens, Collins, Charlotte Riddell, Vernon Lee, May Sinclair, Kipling, Le Fanu, Henry James, and M.R. James. Additionally, a chapter on the interpretation of spirit messages reveals how issues relating to textual analysis were implicated within a language of the spectral. This book is the first full-length study of the British ghost story in over 30 years and it will be of interest to academics, graduate students and advanced undergraduates working on the Gothic, literary studies, historical studies, critical theory and cultural studies. 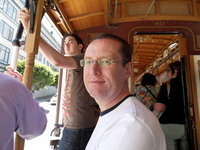 18 books9 followers
Professor of English Studies, Head of English and Modern Languages and Co-Director of the Research Centre for Literature, Arts, and Science at the University of Glamorgan.

"My research interests are in Gothic literature, literature and science, nineteenth century literature, and critical theory. I have published widely in these areas and have given conference papers on related topics in the UK and in North America, Canada, Spain, France, Sweden, Germany and the Netherlands. In 2007 I delivered a keynote address at the International Gothic Association conference held in Aix-en-Provence. I was elected Joint President of the International Gothic Association in 2009 and re-elected in 2011. I was elected a Fellow of the Royal Society of Arts in 2007 and elected a Fellow of the English Association in 2008."

3.44
16 ratings1 review
5 stars
1 (6%)
4 stars
8 (50%)
3 stars
5 (31%)
2 stars
1 (6%)
1 star
1 (6%)
Displaying 1 of 1 review
Mary
815 reviews44 followers
August 27, 2015
Sometimes people write the book you would have written, if only you had thought of it earlier, worked dreadfully hard and been a lot more clever. General idea is that the ghost in late English 19th-century has a lot to do with the immaterial forces, political and especially economic, that shaped everyone's lives. Especially nice chapters on economic ghosts, colonial ghosts (Dickens, Kipling) and M.R. James.

General thesis ghost stories reflect “estrangement and alienation … series of grand political debates about economics, national and colonial identities, gender and the workings of the literary imagination” (2) “By transforming the self into the liminal form of the ghost the fragility of the self (as a social and cultural construct) is made apparent” (4). “The ghost is thus a disembodied body through which the wider body politic is radically reassembled in a projected form” (187)

from Freud “within our notion of the familiar there exists another thinly consealed presence that disturbs us, haunts us, and yet defines us”

Esp. M R. James “such tales might be narrated from a position of comfort but this does not negate the effects of horror within the tales themselves” (170). In James’ Lost hearts “The children represent a physical rather than a strictly psychological danger” (174) [indeed, in most of James’ work] “Far from trying to lay the Gothic to rest … James is attempting to bring it back to life and its resurrection does touch the apparently bland lives” of his characters (177) “It is because James cannot imagine a future that is not touched b the past that he addresses this lack of progress in the way he does… the Gothic represents a fragmented present which cannot be developed into a coherent vision of the future” (182). “In James, history requires by seemingly eludes analysis. His scholars find themselves confronted by animated figures from their areas of historical expertise and the disjunction between their world of quiet scholarship and the embedded Gothic narratives is striking” (188)

Good chapter on the economic theory of the ghost story “the subject under capitalism becomes turned into alienated, disembodied labour, in which objects are granted a life that resurrects the transformed subjectivity of the laborer” (13). “The ghost story’s way of making the invisible visible is linked to this culture in which commentators were attempting to make the apparently secret processes of the financial system visible to a wider public” (18).

Also very nice chapter on colonial ghosts
“self-haunting thus provides Dickens with a vehicle through which to explore feelings of psychological and cultural alienation” (144). Qtd. Sally Harris “The past, like a ghost, is a haunting force which works supernaturally in this world; it cannot be explained by science or materialism. Although it has no physically properties, the presence of the past is eenly felt in the events of the present” (151). Ultimately, images of laughter in Kiplin representa highly politicised language of male hysteria in which men’s sense of social identity becomes compromised because it is either subject to mimicry or otherwise merely present as a nervous projection” (165).

Dickens’ Christmas Carol ghosts “the economically powerful have become disempowered because of their wealth. It also suggests that the economically powerful have failed because of their inappropriate use of wealth. The ironic is that it is only when they have become ghosts that they recognise the insubstantiality of wealth” (37)

qtd. A. C. Benson “all the best stories in the world are but one story in reality--the story of escape” (114)
qtd. Jerrold E Hogle “the Gothic is inherently connected to an exploitation of the emptied-out past to symbolise and disguise present concerns (127)