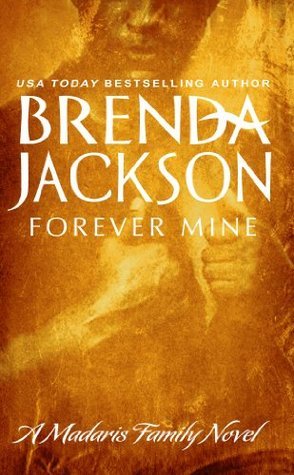 THE SWEETEST TABOO
The moment Sonya Morrison gazes into Mike Kelly's deep blue eyes she knows that he wants her. But she also knows he is wasting his time. She doesn't do vanilla, and is surprised when he boldly informs her that he's never acquired a taste for chocolate. Mike and Sonya are in for quite a surprise when struck with an urge to sample the forbidden, and that can only mean one course of action for this couple who risks savoring the sweetest taboo.
* Mike and Sonya were first introduced in - THE SAVVY SISTAHS

>A MADARIS NOVEL - At age six, Kimara Stafford had a crush on Kyle. At sixteen, she hoped he'd be her Valentine...just as he announced his love- for someone else. Now grown-up, gorgeous Kimara doesn't need or want the playboy heir to the Garwood fortune in her life. Little does she know that an eccentric but wise Cupid has other plans for Kimara and Kyle.

In order to keep his twin daughters with him while he travels and works, widowed dad Parnell Cabot needs a wife of convenience and Rose Woods wants the job. She also wants Parnell. Rose makes him an offer he can't refuse. Parnell wants nothing more than a strictly business affair, but the intense sexual chemistry between them dictates otherwise, and Rose tests Parnell's level of endurance at every perfect moment.
*Rose and Parnell were first introduced in PERFECT FIT

684 books2,945 followers
In 1994, Brenda Jackson’s first novel, Tonight and Forever, was released. Since then she has had more than 100 novels and novellas published (the first African-American author to accomplish such a feat) and has over 3 million books in print.

In 2012, Brenda received the Romance Writers of America’s Nora Roberts Lifetime Achievement Award—one of the highest literary awards a romance author can receive. In 2013, she was recognized by the mayor and the city of Jacksonville as being a Trailblazer in the literary field.

In 2010, she collaborated with Five Alive Films to turn her Truly Everlasting title into a feature film. Brenda’s 2011 novel A Silken Thread is scheduled to be filmed with Debbie Allen attached as director in 2015.

Email Brenda at authorbrendajackson@gmail.com or visit her on her website at brendajackson.net.

"Sweetest Taboo" was an interracial romance with main characters, Mike Kelly and Sonya Morrison who were first introduced in "The Savvy Sistahs" and they were godparents to Jesse and Carla's kids. I loved rereading this slow burn story because this couple tried extremely hard to fight their feelings for one another until they just couldn't! Even after these words were said...

“It’s straight,” he said grinning at her. “Because I’ve never developed a taste for chocolate.” - Mike

Well, Mike was attracted to Sonya's spunk so after some grand lusting and 'that kiss', Mike figured that one romp in the sack with Sonya would get her out of his system but that one romp made him realize that he was in love with Sonya and wanted to marry her. Now Sonya Morrison was a harder nut to crack but Mike laid down the law and sure enough, Sonya knew that yes, she loved Mike... and yep, Mike Kelly was ONE!

Truly this couple were explosive together surrounded by their best friends, Jesse and Carla and their active kids!

"Cupid's Bow was Kyle Garwood and Kim Stafford's memorable story. Kyle "Poppa" Garwood's will brought Kyle and Kim back together after their own parent's death eight years later. Even after Poppa's death, he would get what he wanted from these two since naming one of his properties Special K... their marriage and grandchildren to continue the Garwood legacy with a Stafford.
Loved this story!

A business deal leads to marriage!

"Perfect Moments" was a very quick read but very engaging. Widower, Parnell Cabot loved is twins but his job was very demanding and involved traveling. So after much thought, Parnell and his kid's babysitter, Rose decided into a marriage of convenience.

Although Rose thought up this plan, she loves the twins, Joya and LaToya. Parnell thinks of it as a business arrangement and of course Rose wants the job! 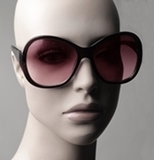 They were sweet, sexy romances that seemed like cases of instalove, but they were not. At least not in the first two books.

They were ok, but they were so short, it felt like you were being handed three short tales that were being contemplated for full novels. Then the decision was made to not develop them and cram them into one book. At least, that was what it felt like to me.

Very quick reads that can probably be read in one sitting. I normally enjoy Brenda Jackson's books, but in all honesty, if I had known they were this short, I probably wouldn't have spent the money.

I'm going with 3 stars because I would really like to do 2.5 stars, but I don't have that option, and the book wasn't bad enough for two stars. 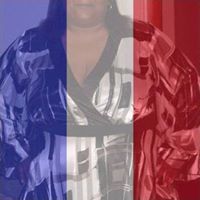 I love everything about these books. The words are written so beautifully and will hold your attention until the very end.

I loved it. I haven't read a B. Jackson book that I didn't enjoy. The men are so handsome and successful the women are beautiful, and intelligent and there's always an HEA. What more could I ask for.

Ikaika
30 reviews1 follower
February 15, 2011
Sweetest Taboo - This story wasn't as good as I expected but I love Sonya and Mike's chemistry.

Cupid's Bow - Great Story. I love the history of the Garwood and Stafford families' connection. I also love how Kyle and Kimara's story came together.

Perfect Moments - Great Story. I loved Rose's drive to help and to receive at the same time. 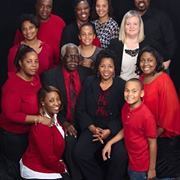 Brenda
369 reviews
January 16, 2014
I love me some Brenda Jackson! Her books are phoenomenal and they draw you in from page 1! I've just read "The Sweetest Taboo", "Cupid's Bow" and "Perfect Moments" and I loved each of them! I was spell bound from the first page and couldn't put down this book. So needless to say, I had a sleepless night last night because I couldn't stop reading :)
Dorel
3,821 reviews32 followers
June 10, 2014
All the story lines in this book are really good. I loved the hot & steamy scenes. I really liked how Mike showed Sonya his love. I really liked how Kimara & Kyle got together & I also liked how Kimara proved Kyle wrong. I loved the scenes with Parnell, Rose, & the girls. I really enjoyed all 3 stories I just wish they wasn't so short.
This entire review has been hidden because of spoilers.
Tanya Mayes
695 reviews23 followers
July 30, 2014
I read only Cupid's Bow so far will go back later to read the other. I loved Kyle and Kimara. Made just for me took on a new meaning and it put a smile on my face because of his matchmaking grandfather even in death he know what was best for them and they wouldn't deny him. Short and Sweet. 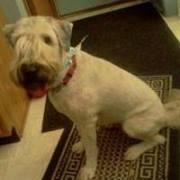 All three stories overwhelmed me with warm feelings. Brenda Jackson has a way with words. Once I started reading I couldn't stop.

Cheryl Doughty
1 review1 follower
March 28, 2014
It's Brenda Jackson Madaris Family, nothing else needs to be said!
Displaying 1 - 19 of 19 reviews