Goodreads helps you keep track of books you want to read.
Start by marking “Bossy Bear” as Want to Read: 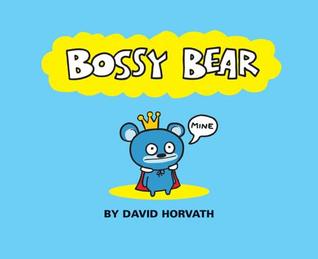 We’d love your help. Let us know what’s wrong with this preview of Bossy Bear by David Horvath.

Bossy Bear is very bossy. He wants everything his way and he wants it NOW! In his picture book debut, the founder of the hugely successful Uglydolls franchise has created an irresistible new children's book character. With bold graphic art and hilarious, simple text, this book will have young readers recognizing -- and laughing at -- their own bossy tendencies.

To ask other readers questions about Bossy Bear, please sign up.

Be the first to ask a question about Bossy Bear

Start your review of Bossy Bear

Aug 03, 2008 karen rated it it was amazing
Shelves: kiddiwinx, les-animaux
my biography...
View all 14 comments

Oct 29, 2013 Caroline rated it really liked it
Very cute and funny - enjoyable for all ages

2006 Toy of the Year award-winner David Horvath makes his picture book debut with Bossy Bear, a colorful and humorous look at a bear whose To Do List reads, “Do what I want. Take me where I want to go. HURRY UP!” Fans of his Uglydolls will recognize many of the same design elements in his cartoon art illustrations. Throughout most of the book, the reader finds Bossy Bear with his hands on hips, poin Bossy Bear. By David Horvath. Hyperion Books for Children, 2007. 32 pages. $12.99 ISBN: 142310336X

2006 Toy of the Year award-winner David Horvath makes his picture book debut with Bossy Bear, a colorful and humorous look at a bear whose To Do List reads, “Do what I want. Take me where I want to go. HURRY UP!” Fans of his Uglydolls will recognize many of the same design elements in his cartoon art illustrations. Throughout most of the book, the reader finds Bossy Bear with his hands on hips, pointing his finger, or shoving his fists in the air while yelling at others to “CLEAN MY ROOM!” and “GIVE ME EVERYTHING!” The book comes to a hasty end when Bossy Bear demands a small turtle give him his red balloon. When the turtle consents with an “Okay,” Bossy Bear looks confused and asks the turtle “You don’t think I’m bossy?” The turtle tells him, “You are bossy, but you don’t have to be.” The final pages show Bossy Bear giving the turtle a gold crown, like the one he wears, with no explanation. Bossy Bear ends the book with the same tight-mouthed, wide-eyed expression he started the book with, leading to confusion as to what sharing is and how children should appropriately deal with loud-mouthed, demanding bullies.
...more

Nov 23, 2009 Sebastien rated it it was amazing
I don't agree with the moral of this story. Don't let all the haters bring you down Bossy Bear, sharing is for suckers. Bossiness is what it's all about.

Sep 07, 2011 Ashley Allen rated it it was ok
Shelves: children-s-actions, picture-books, emotions, behavior, own-it
Bossy Bear would be a ok (I think there is better books to use) book to use when you notice children in your classroom not sharing or being in control. The students and you can talk about the behavior Bossy Bear has and what behavior they think he needs to change. The conversation can then be geared toward what actions and behaviors are appropriate in the classroom.

Dec 07, 2009 shui rated it it was amazing
The first bossy bear book which is about a very bossy bear. Although bossy bear doesn't really change his bossy ways in the end, but he meets a new friend through which we see that Bossy Bear despite his bossiness , Bossy Bear really has a big heart . The characters are so precious and let's face it, we can all be a bossy bear sometimes.

Apr 01, 2012 Irina rated it it was amazing
Shelves: friends, bossy
This book is about a bear who is very bossy and learns that he doesn't have to be that way. This book has very few words with some pages that consist of no words. It is very self explanatory, and children love reading the pictures!

Sep 14, 2009 Robina rated it really liked it
Shelves: family-reads
while i don't think my toddler quite gets the cautionary tale that is "bossy bear," she does enjoy chanting "ceen my yoom! make my bed!", "gimme ever-thing!" and "bossy bear all alone!" as she turns the pages.

May 01, 2009 J-Lynn Van Pelt rated it it was ok
Shelves: picture-books, nyra-2010-books
Bear always tells others what to do until he gets a friend who tells him not to and then is happy.

The illustrations are bright, including a blank page to symbolize when bossy bear loses his friends and is all alone.

Feb 28, 2012 Thomas rated it liked it
I thought it was fine/okay but after only one read my kids had memorized the entire story and kept asking questions about, "What's bossy mean?" and, "He took the balloon from the turtle, why?" So Horvath is getting an extra star for being that effective in a short amount of space.

Jul 01, 2009 Tricia rated it liked it
enjoyed more than the 2nd title by this author with the same character. bossy bear is well...bossy and suffers loss of friends because of it---until he finds a friend who accepts him as is.

Jul 25, 2015 Aphie rated it really liked it
Shelves: children-s, picture-book
Wryly hilarious. Great for shoring up my beginner reader's confidence, and giving him a challenge or two, as well.

Aug 31, 2007 Kate rated it really liked it
Recommends it for: the bossy people in your life
Shelves: picturebooks
Loved it!

Nov 15, 2012 Sara rated it really liked it
I think the pictures in this book are really cute. Plus Bossy Bear is really funny!

Jun 15, 2007 rachel rated it really liked it
Recommends it for: People with dominating friends, turtles.
So cute.

Mar 05, 2013 Heather rated it liked it
Shelves: favorite-kids
This is a book we get for each child from the library when the 'it's mine' stage goes around. Its been helpful for us.

Nov 07, 2007 Cat rated it really liked it
Shelves: picturebooks
how cute is this book?....and you can download the wallpaper. (thanks for the recommendation, lynette and derek)

Mar 26, 2013 Marcie rated it it was ok
Recommends it for: Choice Literacy
Shelves: respect-books, too-didactic
OK, but not my favorite. Perhaps preschoolers and their parents will go for it.

Aug 20, 2010 Jen rated it really liked it
Shelves: childrens
Theo really liked reading this one, and I thought it was fun, too. The simple illustrations and life lessons remind be of Elephant and Piggie, but no quite as good. They are hard to top.

Feb 01, 2014 Claire rated it it was ok
Shelves: read-2014, picture-book
This was alright... I don't really think that Bossy Bear comes out the other side a better bear. Maybe just more aware of his actions/behaviour.

Nov 12, 2014 Lrubin rated it really liked it
Such a fun read! Great for babysitting!

Nov 25, 2012 Rosa rated it it was ok
Shelves: childrens, picture-book
Bossy Bear is bossy and greedy so no one wants to be friends with him (and I can't say I blame them). The illustrations are cutesy and the colors are vibrant. 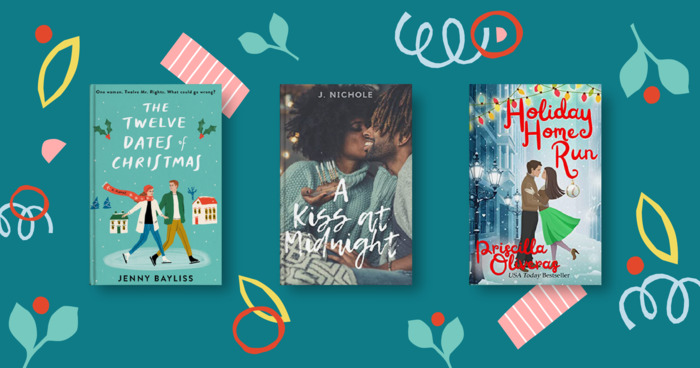 Heat Up the Holidays with These 27 Winter Romances
Are you spending this season bundling up against the chill or enjoying summery southern hemisphere vibes (in which case we are...
Read more...
77 likes · 28 comments