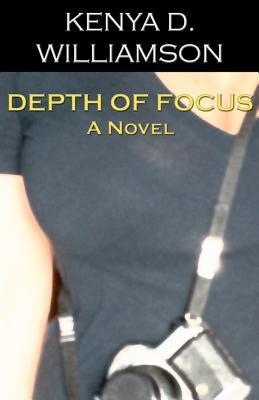 3.50
4 ratings3 reviews
Rate this book
Danni wants a life - her own. She's paid her dues. She moves to New York to study photography. But, there's a small problem. Several people think she hasn't paid her dues. And they're ready to collect what they imagine she owes them. Whether it's love, respect, sex, an apology, money, commitment, forgiveness or something else entirely, Danni feels like she's being pulled in a million directions that all wind up at the same dead end. A meddling roommate, nosy neighbor, former lover, current lover, mostly-absent father, jealous sibling, insecure best friend, demanding boss and suicidal mother vie for attention while Danni tries to balance her lousy waitressing job, approaching (see: dreaded) birthday party and shrinking college fund. She'd gladly run and hide. But, they all know where she lives. And she can't afford to move. Besides, if she continues keeping everyone at arm's length, she'll lose a lot more than a promising career. This verse novel - that can be read in stanzas or what looks like ordinary prose - tells the story of a young woman's quest for independence and career success. Complicated by relationships that pull her in different directions, that path leads Danni to an awakening she never expected - and isn't quite sure she wants. Plans can change. But, Danni wonders... can people?

7 books4 followers
Kenya D. Williamson is a verse novel and short fiction author, screenwriter (TV, film and the web), actress and poet from Levittown, Pennsylvania. After several years of acting -- and performing in dozens of TV shows, films and commercials -- she returned to her writing roots, studying screenwriting and more firmly embracing her loves of fiction and poetry.

Kenya wrote "Depth of Focus: A Novel" and "Depth of Focus: The Stanzas." Verse novels, both books tell the same story of a young woman's quest for independence, love, career success and the healing of her broken family. But, one version of the book ("The Stanzas") is broken into the poetry/rhythm she heard when she wrote the original manuscript. Currently living in Los Angeles, she's writing her 2nd and 3rd verse novels -- "Siblings & Other Torture Devices" (comedy) and "Windmills" (drama/suspense). For each, she plans to release two versions.

Parts of her resume are posted on the Internet Movie Database (IMDb) at www.imdb.me/kenya . The full resume and samples of her work -- including short stories and excerpts from her novels and works in progress -- can be found on her website, www.kenyadwilliamson.com .

3.50
4 ratings3 reviews
5 stars
1 (25%)
4 stars
1 (25%)
3 stars
1 (25%)
2 stars
1 (25%)
1 star
0 (0%)
Displaying 1 - 3 of 3 reviews
Kristen Wunder
149 reviews
November 17, 2021
I was a bit bored with this book. I appreciated the way the author focused in on subjects (like you would in photography) and then pulled back out and then focused on a new subject. But I wasn’t very connected to the characters and found myself literally falling asleep while reading- which is why it took so long to finish it. I’d be curious to see the version she wrote in stanza though. (Read this book for Itasca Year of Reading category- author with my initials).

Shell
64 reviews
March 5, 2012
Depth of Focus is a story line about a 20 something finding her independence. Danni, the main character, has been taking care of others her whole life. At age 5, her father left the family, as he had difficulty dealing with Danni's mentally unstable mother. He left behind his old camera, which Danni treasured. The responsibility of taking care of her mother fell to her aunt Jackie, until Danni was old enough to help. Through suicide attempts and a rarely functional mother, Danni grows up, not trusting anyone except her aunt.

At age 24, exhausted from taking care of her mother, Danni finally leaves for New York to go to photography school once she can save the money. Before she gets through her first day, she has her digital camera stolen. He father's camera gets saved by a homeless man. When Danni finds a job as a server in a restaurant, she brings him dinner every night.

She dates, but is afraid to let anyone near her. She's afraid of having her heartbroken, afraid of getting to close just to have someone leave. Her sister's friend, April, comes to stay with her until April can get back on her feet. This unusual relationship leads to Danni wanting to be a better person.

The story in written in both stanza and a novel. I read the stanza version, but I just couldn't find the rhythm of the verses. It made me wish I would have just read the novel instead. I wasn't please with the story line, but I wasn't displeased either. Some of the story lines were tied up to nicley, and some weren't tied up at all. It seemed to move to fast, without a depth of focus. There is much potential in Ms. Williamson's writing, but I don't think this book was her best.
ILoveBooks
977 reviews10 followers
June 23, 2011
The first quality the reader will note is the ability of the author to make every scene and character in the novel feel real. The characters are very dynamic, the reader will feel as if he/she has met them before; the characters each have very unique personalities and quirks. The events are fairly quick, but not too quick so as to affect how the reader digests the heavier information and scenes in the novel. The whole story seems very realistic to the reader, there will be no rolling eyes over this novel. Danni, the main character, is a pleasure to read about. She enjoys photography to the point of influencing the reader to think about taking up the hobby. Photography may be Danni's redemption; the ending is perfect and harmonious. This book is recommended for young adults/adults who enjoy eloquent novels.


I received this book to review, this in no way influenced my opinion
Displaying 1 - 3 of 3 reviews