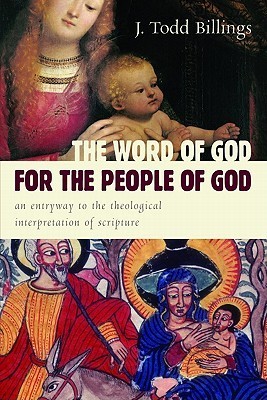 The Word of God for the People of God: An Entryway to the Theological Interpretation of Scripture

4.13
143 ratings17 reviews
Rate this book
This book fills a real need for pastors and students. Though there is currently a large body of material on the theological interpretation of Scripture, most of it is highly specific and extremely technical. J. Todd Billings here provides a straightforward entryway for students and pastors to understand why theological interpretation matters and how it can be done. / A solid, constructive theological work, The Word of God for the People of God presents a distinctive Trinitarian, participatory approach toward reading Scripture as the church. Billings's accessible yet substantial argument for a theological hermeneutic is rooted in a historic vision of the practice of scriptural interpretation even as it engages a wide range of contemporary issues and includes several exegetical examples that apply to concrete Christian ministry situations.

12 books37 followers
J. Todd Billings is the Girod Research Professor of Reformed Theology at Western Theological Seminary in Holland, MI (Th.D. Harvard). His first book, Calvin, Participation, and the Gift, won a 2009 Templeton Award for Theological Promise. His third book, Union with Christ, won a 2012 Christianity Today Book Award. His 2015 book, Rejoicing in Lament, gives a theological reflection on providence and lament in light of his 2012 cancer diagnosis. His latest book, The End of the Christian Life, explores how the journey of authentic discipleship involves embracing our mortal limits. He is married to Rachel M. Billings, an Old Testament scholar (Ph.D., Harvard). They have a lively household with two young children and a very opinionated cat.

Garrick Bailey
3 reviews12 followers
August 29, 2014
I really wanted to love this book. I agree with Billings' over all goal to get us to read Scripture for the purpose of formation, not merely information. What this book lacks, in my opinion, is clarity and conciseness. He just leaves things muddy and in the clouds at points. I also don't love his view of Scripture as instrument, but I could get past those things if he would have helped me have a crystal clear picture of what he was saying. Oh well, a quick and fun read on my journey to read Scripture well. Thank you, Dr. Billings.
Giovanni Generoso
163 reviews34 followers
April 25, 2015
Billings thinks that, when it comes to reading the Bible, becoming followers of Jesus in daily life is more important than studying the Bible's original meaning in its ancient context. He calls out a lot of the ways in which the Enlightenment methods have infiltrated the church's approach to reading Scripture. What we need is to return to a more or less premodern interpretation of Scripture in which we read the Bible as God's love letters to us, speaking to us again today, right now, as we are center-stage in the drama of God's reconciliation of the world to Himself. We should be more concerned with what God is saying to us in the text, and less with what the text used to mean back then, or with a historical world "behind" the text, like both liberal and conservative approaches the Bible would have us to. Rather, we should read the Scripture theologically, with the church's presuppositions, that God is speaking to us through these words which testify to the Word, Jesus Christ who is the fullest revelation of God, by the power of the Spirit.

Brian Zhang
14 reviews4 followers
February 28, 2022
Much of the book's focus is corrective, in terms of unraveling paradigms of how we think Scripture should be read. Much time is spent confronting the idea that we can come to Scripture without theological pre-understandings and walk away with a set of Christian doctrines. Along the way, Billings also critiques other patterns of reading, such as only relying on historical-critical methods (Chs. 2 & 5), over-emphasizing the category of experience (Ch. 4), and so-called Deistic readings of Scripture (Ch. 3) that focus on the church's action instead of God's triune activity.

I thought a strength of the book was that it referenced many other authors, across traditions / history / context. I was introduced to a sketch of many authors' thoughts for the first time, from George Lindbeck to Kevin Vanhoozer. I thought Billings' constructive proposal for theological interpretation of Scripture (within a triune drama of salvation, Ch. 6) was weaker than his deconstructive work--it came across as abstract and vague at times. This may be due to weaknesses in the drama metaphor that Billings relies on. The constructive proposal also felt a bit dated, with the cited works mostly coming from 2000-2008. I wanted to rate this 3 stars for its conclusions / climax, but feel 4 stars represents the enjoyment I had discovering different authors / ideas / critiques along the way.

Billings' own summary of his work:

"The theological interpretation of Scripture is, in many ways, simply the church's attempt to read Scripture again after the hubris and polarities of the Enlightenment have begun to fade. In comparison with theories of the interpretation of Scripture that see its beginning and end in historical-critical judgments (both liberal and conservative), the church through the centuries has had a remarkable amount of clarity about an alternative way: that we should read all of Scripture within a theological framework, a rule of faith that assumes that God's promises and purposes culminate in the incarnation, life, death, and resurrection of Jesus Christ. Christians have no other place from which to read Scripture than as those who are united to Christ by the Spirit. While there are important practices of reading that apply to nonbiblical books as well as to Scripture, ultimately we should not read Scripture as we read other books. We should read it in prayer, memorize it, speak and sing it with the congregation in worship--worship that delights in telling and tasting the story of God's saving work in Christ, accessed through Scripture. We should come to Scripture, as we do to worship, with an expectation of meeting the mysterious triune God, with the prayer that we would grow in our love of God and our neighbor--becoming more like Jesus Christ. Scripture is a divinely authorized instrument that the Spirit uses to make Jesus Christ present to us. It is the means for discerning the in-breaking kingdom of God in the world around us. It is the God-ordained set of writings to be used as a script for our action, which witnesses to the gospel of Jesus Christ in word and deed." (224-225)

"... the ideal exegete not only uses a broad range of tools and methods, but the ideal Christian exegete lives a life of discipleship in community, approaches Scripture with humility and a measure of suspicion about sinful interpreters (like herself), and seeks nothing less than an encounter with the mysterious triune God via the reading of Scripture. These dynamics, in which the nature of salvation and the church are implicated, are not peripheral add-ons to the foundational work of the historical critics who discern the text's meaning. They are constitutive of the joyful struggle of discerning from Scripture the script for entering into the triune drama of salvation." (225)
Marylou
183 reviews2 followers
November 11, 2017
Deep

The book is deep but engaging and worth the effort. It presents a Trinitarian Bible theology that highlights the role of the Holy Spirit in explaining Christ to the glory of God (my phrasing not the authors).
Frances
476 reviews2 followers
January 15, 2018
This is a book on interpreting the Holy Scripture in terms of being a person who seeks to allow the Scripture to change us as we recognize the Word of God (Jesus) by the power of the Holy Spirit thus understanding the triune nature of God. He urges us to see ourselves as children of God.

Anthony Rodriguez
334 reviews2 followers
May 30, 2019
I really, really like Todd Billings. I think this is great work.

Jack Hayne
132 reviews3 followers
April 1, 2020
Paradigm shifting for me. Maybe everything can’t be as neat as we want it. Folding our exegesis into a larger framework shaped by spiritual disciple and a Rule of faith.
Gan Jia Jiat
8 reviews
November 18, 2022
Great read. Ill need to revise the last 2 chapters as the author speaks of premodern exegesis, lectio divina, and liturgical services. 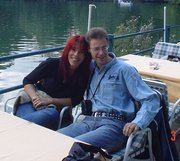 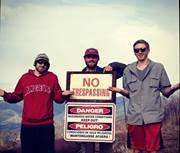 Zachary Cobb
3 reviews1 follower
January 31, 2014
An excellent intro into a theological interpretation of scripture. Most books I have read on this subject are almost entirely writing about others who have advocated for such a practice or are entirely theoretical. Billings' work stands out because he is actually demonstrating the implications and practices of TIS throughout the book. To those who are skeptical of TIS, this book is a good place to observe what TIS looks like in practice. Bravo to Billings for allowing the theoretical aspects to take a break on this one in order to embody the practical outcomes of TIS.
CCCfaithathome
21 reviews2 followers
Read
April 17, 2012
CCC's pastors used this book to prepare for the 2012 Winter Series: How to Read the Bible. If you are looking for a bit more academic look at the history of interpretation as God's people seek to meet him in the biblical text, then this is a good resource to use.
Olga
31 reviews
November 1, 2012
An excellent and accessible book detailing the importance of theological interpretation of Scripture and how it can be done.
Rob
111 reviews5 followers
April 25, 2014
This book is excellent. It's not what I would call a quick read because the author presents ideas that need to be wrestled with and properly understood. But it is worth the effort. 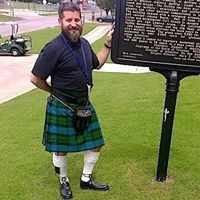 Mark
8 reviews1 follower
January 14, 2013
Will want to reread periodically to challenge my growth in biblical preaching. 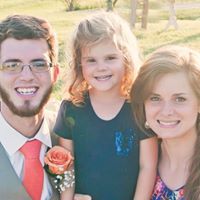