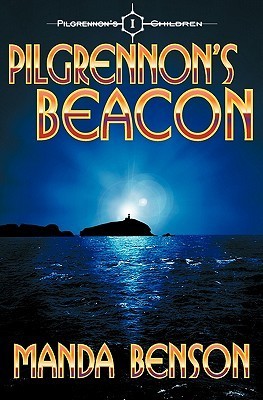 4.00
14 ratings5 reviews
Rate this book
A mildly autistic girl with a secret ability to mentally control computers becomes caught up in a feud between the two greatest minds of her time and attracts the wrath of a government supercomputer.

4.00
14 ratings5 reviews
5 stars
6 (42%)
4 stars
3 (21%)
3 stars
4 (28%)
2 stars
1 (7%)
1 star
0 (0%)
Displaying 1 - 5 of 5 reviews
iambic
2 reviews
June 25, 2018
Unique and ambitious, if flawed.
This series got brought to my attention in a pub discussion about Brexit, of all things. It was the only work of fiction anyone could come up about a future where the UK wasn’t a member of the EU. Considering the first one was published in 2010 they have some disturbing prophetic moments, and probably deserve to be better known. The second book, The Emerald Forge, is the better of the two, and I’d go as far as to suggest that if you aren’t familiar with the series, you should read that first.
Fiction about autistic characters is popular today, but most novels of this kind are written by a parent or relative of a person with an autistic disorder to help the non autistic understand how it feels to have autism. Benson had Asperger’s syndrome as a child and didn’t relate to teen romances and novels about feelings marketed to children her age and sex, so as an adult she sat down and wrote the book she would have wanted to read. Whether you like the books or you don’t, it’s important to understand this as it explains why this technical, violent series with plots driven by action and mystery features a girl central character with a superpower of being able to sense and control computers and other hardware using electronic signals. The books seem have been compared unfavourably a few times to the more typical type of autistic fiction, and it’s not a fair comparison as Benson has tried to do something rather more ambitious, successful or not.
The first book, Pilgrennon’s Beacon, suffers from an overcomplicated plot, and most of the conflict comes from a tug-of-war between the central character Dana and two feuding adults. Neither of these two characters is the villain, but they’re both unlikeable and neither seems to place any sort of priority on Dana’s safety and wellbeing, and Dana tends to get pulled along in their slipstream and doesn’t often have a great deal of autonomy in the plot. Benson did state in correspondence that the character triptych was a deliberate attempt to avoid the hero/villain trope, and inspired by an alternative idea of creator/preserver/destroyer borrowed from Hindu mythology. Again, the ambition was there, and sadly the book would probably have been more successful if Dana had been a boy pitted against a cardboard villain. What the first book does have in spades is raw inspiration and a very compelling first part, until the mystery gets solved and is replaced by a convoluted subplot, although this is a problem that besets a lot of technothriller movies and novels, so PB by no means alone with its faults. The other two characters, Blake and Pilgrennon, while they are immoral and unlikeable, are certainly human characters with their own motivations, and the tension comes from not knowing what they’re up to. But it would help if Dana had just one ally she could confide in and trust apart from the foster parents she left far behind to come on the adventure.
Both books are consistently dark and feature descriptions of violence and gore, but this doesn’t seem to be a problem in fiction for children these days. While not everyone may like the books and what they try to achieve, I don’t think anyone can truthfully say they’ve ever read anything similar, and they do seem to have been well received by the young people on the autistic spectrum they were written for.
Disclaimer: after reading the books I exchanged a few emails with the author, and she suggested I write an online review.
L.A.
Author 3 books54 followers
April 24, 2011
“Freak” It is a word Dana hears often at school. But what is it that makes Abigail consistently go out of her way to bully and hurt her. Using her ability to make technology work for her just by thought, she finally finds sanctuary in Pauline and Graeme’s rambling home. Her brother Cale ignores her as is his wont but she knows he understands and cares about her. He too is autistic, and she has to suppose that this difference in her is what draws Abigail’s ire.

Because of the constant bullying at school she hates it, and it extremely uncomfortable going. To make it even worse this time she has closed herself in the bathroom, and when Abigail finally gets in, a tremendous fight breaks out. Dana holds her own and actually smashes Abigail’s nose in the process, but as she falls backwards, she loses her balances and smashes her head on the porcelain. The next thing she remembers it being in the hospital having x-rays taken of her head. She is not afraid of the hospital, the machines and their interface’s sooth her, but when the x-rays show a piece of metal in her head, all of a sudden her life begins to change.

Trying to get away, feeling for the first time like the freak she is, she sneaks out of the hospital only to be found by a woman who claims to know about her, named Jananin. She knows about her abilities, and actually claims to be her mother. Convincing Dana that she can help her, she tells Dana stories about her own past. She also gives Dana a rendition of how she came to be. Ivor Pilgrennon features heavily in the story, and as the tale continues, Jananin includes her own plans to use Dana to destroy him.

As Dana is drawn into the scheme and finds Ivor, she finds him to be everything that is opposite of what Jananine suggests. Not wanting Ivor to know of her duplicity she nevertheless hangs around and finds a comfort that she has been missing. Ivor has realized the damage he caused in his youth and is doing what he could to reverse the damage.

Using Jananine’s computer Dana finds an interesting game called Cerberus to keep her occupied while on Igor’s island. Somehow, this game is the center of everything that is wrong in the country and once Cerberus realizes Dana is somehow able to react in ways it does not understand she then becomes a threat to its existence. Now not only is Dana in jeopardy but everything and everyone she holds dear is no longer safe. She has become the Pandora of modern times and released an evil, which is unrelenting. Can she stop it before it is too late? She is unable to undo what she has done. Will she be able to stop the consequences? Can Jananine and Igor come together in time to help Dana before it is too late?

In Pilgrennon’s Beacon, by Manda Benson we meet an unusual cast of characters. Dana is a young girl, autistic in nature but with extra abilities added through early experimentation by Pilgrennon. She is a product of some genetic splicing as well as the plate being added, which gives her the capability to speak with computers of all kinds. She can work with cell phones, GPSs, and Satellites to name a few. It is interesting to watch the interaction. This also brings her added attention, which at her age in school makes her a freak. This too weighs heavily on her. She is drawn into a life unlike anything she has ever known, and she has to change her concept of reality.

Igor Pilgrennon and Jananine are like an old married couple who hate each other, and yet also find they must work together to save the world from a technological menace. They are a great foil and bring a balance to the story.

This is a fun and fast-paced story, and if you or your child enjoy science fiction, it will be right up your alley. Well written, the characters are strong, and it is easy to visualize the scenes as they progress. This would make an interesting book for a reading group with many things to discuss.

This book was received as a free copy from the author. All opinions are my own based off my reading and understanding of the information.

Noor Jahangir
Author 4 books18 followers
July 7, 2011
Pilgrennon's Beacon is the bleak tale of an autistic child, whose disability was exploited before she was even born. Now Dana is trying to come to terms with the fact that her organic brain is meshed with a computer processor able to communicate with anything giving off a signal, from radio to Bluetooth. Afraid of being lobotomised by curious doctors she goes on the run, only to be kidnapped by a katana wielding sociopath claiming to be her biological mother, who presses her to help locate the mad scientist who stuck the thing in Dana's head. But all is not as it seems.

Think Jonny Mnemonic crossed with the Railway Children and you're a third of the way there. The main themes seems to be about ethics in science and about humanity losing what it means to be human, whilst machines become more sentient.

This is a well written, thought provoking piece, with unexpected plot twists that sustain interest throughout the novel. The author has also thoughtfully included deleted scenes at the end for those who want to go a little deeper. The action scenes are a little rushed, but overall a very decent read.
Nerine Dorman
Author 62 books207 followers
January 1, 2011
It's not often that I award a book a full five stars but this is one of them. What I love about Manda's writing is her world-building and the way she effortlessly immerses me into her setting. Although this is a story told from the point of view of a young person, the themes that occur and are very much topical for an adult readership. As it stands, this story should appeal for a broad range of readers.

Having read Manda's earlier hard SF releases, it was a real treat to be able to see the pre-history that started her Star Archers and all the rest. Manda is one of contemporary SF's fresh voice voices and bright talents.
Doreen Dalesandro
1,060 reviews46 followers
Want to read
December 21, 2012
Kindle freebie, 12/21/12