Goodreads helps you keep track of books you want to read.
Start by marking “Air America: The Playbook: What a Bunch of Left Wing Media Types have to Teach you about a World Gone Right” as Want to Read: 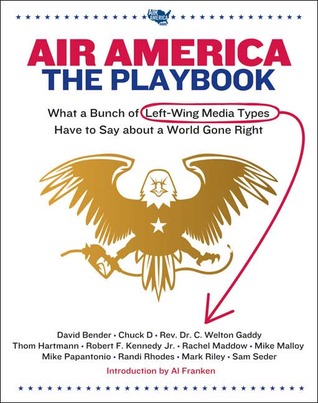 We’d love your help. Let us know what’s wrong with this preview of Air America by David Bender.

Air America: The Playbook: What a Bunch of Left Wing Media Types have to Teach you about a World Gone Right

For frustrated voters who like their politicians left of center, the era of George W. Bush has been a time
What the Loudest Voices on Liberal Talk Radio Have to Say About How Our Country Really Works--And How to Take It Back

For frustrated voters who like their politicians left of center, the era of George W. Bush has been a time of exasperation, eye-rolling, hand-wringing, and even despair. Since Bush's "election" in 2000, millions of blue-tinted Americans have fled in droves from their TVs and radios, no longer able to bear the "Swiftboat-ization" of the mainstream media or the haranguing voices of such "villains" as Bill O'Reilly, Michael Savage, and Rush Limbaugh. Where can these displaced persons go for political asylum?

Enter, in 2004, Air America Radio, a talk radio network exclusively devoted to liberal, progressive talk. With stars like Al Franken, Janeane Garafalo, Chuck D, Robert Kennedy Jr., Randi Rhodes, Rachel Maddow, and many more, Air America has become an oasis in a time of complete domination by a conservative Republican majority. With close to four million listeners on 89 stations around the country, Air America gives all of those voters who still feel Al Gore and John Kerry should have and perhaps even did win the last two presidential elections a place to vent their opinions and talking heads who share their righteous indignation.

However, for readers who don't know what to do when their favorite radio show is over and they're still wide awake, for those who loved Jon Stewart's America, Bill Maher's New Rules, Thomas Frank's The Trouble With Kansas, and books by Al Franken, a new balm in book form awaits.
Air America offers a roadmap to the landmine that is American politics today, through an array of eyes and voices unabashedly left of center. Combining new original material with radio transcripts, useful sidebars and statistics, and interviews, all offered in an irresistibly unexpected mix of humor, outrage, sarcasm, and thoughtfulness, this essential guide to how our government works, who are the best hopes and the biggest offenders, and most importantly how liberals can take back their country from the ruling right wing is a must-read.
...more

To ask other readers questions about Air America, please sign up.

Be the first to ask a question about Air America

Start your review of Air America: The Playbook: What a Bunch of Left Wing Media Types have to Teach you about a World Gone Right 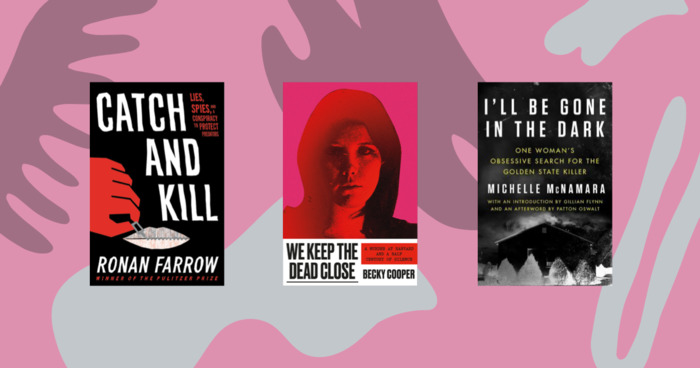 The 30 Most Popular True-Crime Books of the Past Five Years
The true-crime genre is experiencing a huge boom, and it comes as no surprise—podcasts, documentaries, and TV shows have us all addicted to...
Read more...
62 likes · 10 comments

Trivia About Air America: The ...