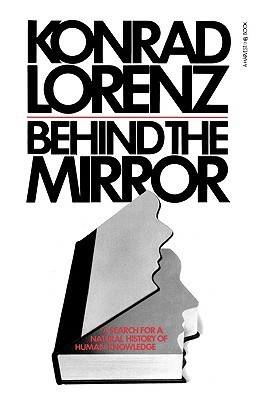 Behind the Mirror: A Search for a Natural History of Human Knowledge

4.03
136 ratings10 reviews
Rate this book
Nobel laureate Lorenz here investigates culture as a living system. From amoebas to humans, he traces the physiological mechanisms that direct behavior and thought. Translated by Ronald Taylor; Index. A Helen and Kurt Wolff Book.

101 books180 followers
Konrad Zacharias Lorenz was an Austrian zoologist, ethologist, and ornithologist. He shared the 1973 Nobel Prize in Physiology or Medicine with Nikolaas Tinbergen and Karl von Frisch. He is often regarded as one of the founders of modern ethology, developing an approach that began with an earlier generation, including his teacher Oskar Heinroth.
Lorenz studied instinctive behavior in animals, especially in greylag geese and jackdaws. Working with geese, he investigated the principle of imprinting, the process by which some nidifugous birds (i.e. birds that leave their nest early) bond instinctively with the first moving object that they see within the first hours of hatching. Although Lorenz did not discover the topic, he became widely known for his descriptions of imprinting as an instinctive bond. In 1936 he met Dutch biologist Nikolaas Tinbergen, and the two collaborated in developing ethology as a separate sub-discipline of biology. A Review of General Psychology survey, published in 2002, ranked Lorenz as the 65th most cited scholar of the 20th century in the technical psychology journals, introductory psychology textbooks, and survey responses.

4.03
136 ratings10 reviews
5 stars
41 (30%)
4 stars
67 (49%)
3 stars
21 (15%)
2 stars
5 (3%)
1 star
2 (1%)
Displaying 1 - 10 of 10 reviews
Scassandra
231 reviews7 followers
July 2, 2022
Ma il livellamento di tutte le popolazioni comporta anche un altro effetto, questa volta distruttivo: nel momento in cui tutti gli uomini di tutte le culture si trovano a combattere con le stesse armi, a competere fra di loro servendosi delle stesse tecniche, e a cercare di frodarsi a vicenda sul medesimo mercato mondiale, la selezione interculturale perde il suo effetto creativo.
Jason
9 reviews2 followers
August 7, 2021
A compelling account of how human intelligence and cognition has phylogenetically evolved and transcended the animal kingdom through the perspective of a zoologist, Konrad Lorenz. I have been taught only the viewpoint of intelligence as a information processing system, akin to a computer, but the understanding of this model is hypothetical at best since the finest biological and cognitive experiments can't explain any higher order cognitive functions. On the other hand, evolution provides a phylogenetic tree of increasing complexity from amoebas to humans of higher order nervous systems; something that is observable and amenable to inductive reasoning. Simpler systems allow for perturbations and causal analysis to infer what natural selection has designed in the course of millions of years. In this sense, the book is a historical and empirical account of intelligence rather than an attempt at modeling or formalizing it.

The analysis and arguments of the book are closely related to "evolutionary epistemology", coined by the social scientist Donald Campbell. Evolution and its products in the observable world is the true testing ground of cognition and knowledge. Any theory of evolutionary epistemology is founded on the philsophy of "hypothetical realism", the condition that sensory perception (external world) is a uncontroversial reality all humans and organisms share in our mental models (internal world). Like how axioms of mathematics reconciles all mathematical branches, hypothetical realism is the axiom that reconciles the internal and outer reality to avoid pathological fallacies of realism in existential philophy (search this up, it would take forever to explain this). Hypothetical realism permits analysis of evolution and natural selection as a "mirror" to study knowledge. This is the book's thesis:

The realist persists in looking outward only, unaware that he is a mirror. The idealist persists in only looking into this mirror, averting his eyes from the external world. Thus, both are inhibited from seeing that there is an obverse to every mirror. But the obverse does not refelct, and to this extent the mirror is in the same category as the objects that it reflects. The physiological mechanism whose function it is to understand the real world is no less real than the world itself. This very obverse is the subject of my book.

I reflected about this book a lot. The book conjured many new perspectives. I learned of this book while reading Bernhard Scholkopf's paper "Towards causal representation learning" where he argues causality is a necessary ingredient for artificial intelligence - using *Behind the Mirror* as an example. It has also convinced me of the needs of counterfactual reasoning in artificial intelligence. My only gripe was with the too many anecdotes from the author of his personal life and animal examples, half of which I could skim or skip while not losing understanding.

I also learned a new favorite quote which I may or may not overuse to sound refined in poetry:

"If the eye were not sunlike, it could never see the sun"
- Goethe 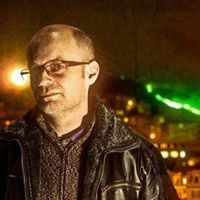 Patrik Sahlstrøm
Author 6 books11 followers
January 30, 2017
This is a book about the theoretical framework for why it may be productive to consider society and culture as a living organism, and why that approach in studying it may lead to valuable insights. A point of view which I wholeheartedly agree with.

But the book is very badly written. It is highly obtuse and technical, possibly because these thoughts may have been very radical when they were proposed 40 years ago. Lorenz spends many pages "kicking in open doors", preemptivly countering objections that could only possible be made by the most stubborn and nitpicking academics. This book would have been much more accesible and valuable if Lorenz had spent much less energy on tackling potential objections and focused on the implications of his theories instead. Still a good book, though
real_sandro
12 reviews3 followers
September 11, 2020
A splendid introduction to ethology and a valuable manifesto for a modern natural philosophy.
Pasha
9 reviews
September 17, 2015
Life forms evolve from one to another with the increase in complexity. More advance forms of life are more successful in surviving since they create more accurate models of reality. Lorenz implies that human brain and human consciousness is nothing more than a part of this evolution. The next step of complexity is our culture. Lorenz describe a number of principles of brain functioning that are used by evolving systems to increase complexity and expand information-storage capacity.

Jamie Bernard
46 reviews
December 25, 2015
Why I am an animal. Bit more technical and less accessible than On Aggression.