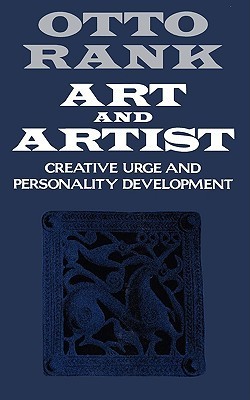 4.27
206 ratings13 reviews
Rate this book
Along with Adler and Jung, Otto Rank was one of the intellectual giants in the inner circle around Sigmund Freud. Art and Artist, his major statement on the relationship of art to the individual and society, pursues in a broader cultural context Freud's ideas on art and neurosis and has had an important influence on many twentieth-century writers and thinkers, beginning with Henry Miller and Anais Nin.

Art and Artist explores the human urge to create in all its complex aspects, in terms not only of individual works of art but of religion, mythology, and social institutions as well. Based firmly on Rank's knowledge of psychology and psychoanalysis, it ranges widely through anthropology and cultural history, reaching beyond psychology to a broad understanding of human nature.

75 books178 followers
Born in Vienna as Otto Rosenfeld, he was one of Sigmund Freud's closest colleagues for 20 years, a prolific writer on psychoanalytic themes, an editor of the two most important analytic journals, managing director of Freud's publishing house and a creative theorist and therapist. In 1926, Otto Rank left Vienna for Paris. For the remaining 14 years of his life, Rank had a successful career as a lecturer, writer and therapist in France and the U.S..

I was in for a surprise that I found this quite unreadable, it felt like trying to read Heidegger all over again. I could understand parts of what he was trying to say sometimes, but I'm sad to say on a whole, most of this went quite over my head, which is rare for me (I'm not that stupid I hope).

I might reread this after also rereading denial of death(which I highly recommend to everyone) and then see if I can figure this out.

I'm really kind of mad that I didn't get most of it, because I really wanted to.
Linda Robinson
Author 4 books129 followers
June 10, 2010
I'd not heard of this psychoanalyst, inner-circle colleague of Freud's, until following a trail regarding art, artistry and personality. Dr. Rank committed heresy by writing that maybe Freud's beliefs might be a little...well, narrowly focused. Oops! Drummed out of the corps., Dr. Rank continued to write prolifically on the new "science" of psychoanalysis, with a refreshing perception as an artist/playwright. I started taking notes during the introduction, and on and on, until it dawned on me the book Dr. Rank wrote was...already written. I was thrilled to find that it's common for creative types to experience a letdown after finishing a project, or major work. YaHOO! I'm not entirely bonkers! It confirms what I've learned: that bliss is in the creative process. Just like life. The joy is in the journey.
M. Sarki
Author 16 books199 followers
March 1, 2014
A very difficult book to get through but nonetheless an important one to read.
Donovan
21 reviews
September 30, 2010
Art and Artist is an extensive and exhaustive work. I found Otto Rank to be very exacting in his descriptions of the Artist problem. His vast knowledge of historical art, and mythologies, was helpful to the understanding of how the artist ideology is influenced. Although this book contains older ideas on the psychology of the arstist mind, I found most of the work to be applicable to present time artists. I was referenced to this book while reading Ernest Beckers book "Denial of Death". The correlations between Ernest Beckers ideologies about death and living are very influenced by Otto Rank. Art and Artist is a superb study of the artist drive to create and how the artist comes to his conclusions for the art he creates and becomes. I recommend this book to those who are interested in the psychology of the mind of an artist. I grew up with and live with artist who fit Otto Ranks descriptions of the artist life.
Ari
2 reviews3 followers
September 20, 2012
I can't give a thorough review to this book for I haven't finished it yet. I think, however, that this is the type of book that will require multiple readings for me. So far, I think this book is intellectually stimulating, so if anyone is interested in puzzling into his or her own brain, this is the book to read. I first heard of Otto Rank through Ernest Becker's great book Denial of Death. Okay, let me get back to reading this oh, so difficult book.

Isla McKetta
Author 6 books50 followers
June 8, 2019
Five stars for the chapters that made me feel seen as an artist - the understanding that play is part of what I must do, that separating myself into workaday and artistic endeavors causes deep pain. Three stars for the art history rehashes (even if they did inspire a poem and help me see something that's happening today in a new light). I bought this book when I still thought Anais Nin was everything. I resisted reading it when my opinion of her changed. Now I find I've needed it for a long time and I'm glad I finally read it. Even if the editor did allow the continual (but consistent) misspelling of Shakespeare.
Richard
258 reviews9 followers
May 11, 2012

Amazing, fascinating & rich. This far reaching text traces art from primitive to classical to contemporary. Touches on myth, religion, gaming & aesthetics. Primarily it dwells on the psychology of the artist, unconscious motivations and consequences.
Requires several reading to absorb.

Katy Budget Books
454 reviews18 followers
April 13, 2011
Richard says: A psychologist examines the artistic impulse and makes some shocking discoveries concerning the structure of the human mind itself. I would definitely recommend this book.
Paloma Etienne
Author 1 book28 followers
September 8, 2013
How can you make it without Otto??

Zachary Bunch
32 reviews3 followers
April 16, 2022
Otto Rank, for quite a while, was Sigmund Freud's "right hand man". Freud looked at Rank as his "heir", the man who would carry Freud's ideas after Freud's passing. Rank, however had different ideas; these conflicting ideas were first published in Ranks book entitled 'The Trauma of Birth' whereby Rank challenged Freud's "discovery" of the 'Oedipus Complex'.

After the book was published Rank and Freud split. To be completely honest, I believe this split was one of the best things that could have happened to psychoanalysis. His ideas seem to be far more in line with reality in regard to the 'human condition'. In my opinion, Otto Rank should be recognized with the men and women responsible for existential psychology.

I found Rank while reading Ernest Beckers 'Denial of Death' — a book that remains in my top 5 of all nonfiction reads to this day. Becker refers to many of Ranks ideas, especially the idea of "death anxiety" and the ways in which man deals with this anxiety and or makes himself belive he is immortal. I would be lying if I said this was an easy book to read. Rank goes into excruciating detail with regard to art, the ideological underpinnings of such art, the relationship between art and religion and overall the human condition (a concept seemingly impossible to fully understand).

I would highly recommend this book to anyone attempting to further understand the reasoning behind why man has an urge to create art. Moreover, I would recommend this work to anyone seeking to sharpen their understanding of the human condition. 5 stars!
This entire review has been hidden because of spoilers. 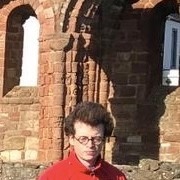