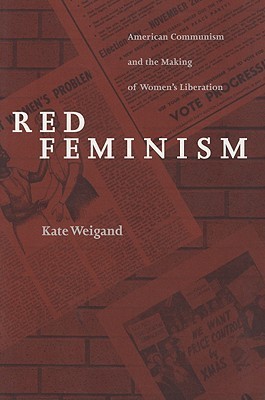 Red Feminism: American Communism and the Making of Women's Liberation

4.16
32 ratings4 reviews
Rate this book
Drawing on substantial new research, Red Feminism traces the development of a distinctive Communist strain of American feminism from its troubled beginnings in the 1930s, through its rapid growth in the Congress of American Women during the early years of the Cold War, to its culmination in Communist Party circles of the late 1940s and early 1950s. The author argues persuasively that, despite the devastating effects of anti-Communism and Stalinism on the progressive Left of the 1950s, Communist feminists such as Susan B. Anthony II, Betty Millard, and Eleanor Flexner managed to sustain many important elements of their work into the 1960s, when a new generation took up their cause and built an effective movement for women's liberation. Red Feminism provides a more complex view of the history of the modern women's movement, showing how key Communist activists came to understand gender, sexism, and race as central components of culture, economics, and politics in American society. 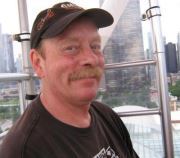 David Anderson
225 reviews38 followers
April 2, 2017
This one of the best works of women's history and/or history of left and progressive movements I've read. Weigand successfully demonstrates the connections between American communism and the second wave of feminism that came into focus in the 1960s and 1970s, focusing on women who were members of or connected to the Communist Party (CP) and detailing the evolution of CP doctrine from the 1930s through the 1950s.

"The gulf between first-and second-wave feminism seems less broad, thanks to this thoughtful analysis of women's activism within the Communist Party U.S.A. between World War II and the mid-1950s. Weigand, an archivist in the Sophia Smith Collection at Smith College, traces the history of this "red feminism" within the context of shifting ideologies within the CPUSA and the steady anti-Communist opposition of mainstream U.S. culture. Party women wrote about women's issues within a Marxist perspective that demanded attention to ethnicity and race as well as gender and class; in the party and later the Congress of American Women, ideas like "the personal is political" had their birth. Weigand argues this forgotten generation of American feminists influenced the development of second-wave feminism both indirectly, through works like Eleanor Flexner's Century of Struggle and other literature now taught in women's studies programs, and directly, as parents of feminist "red diaper babies" and as informal consultants to early movement organizations. An important supplement to standard histories of American feminism. --Mary Carroll, Booklist review.
Rosalie
2 reviews1 follower
September 19, 2011
Not surprising that the feminist movement would do all it can to destroy the family. Not at all surprising that

Sanger would be affiliated with it and communism. These people were determined to wipe out the black race. They have succeeded in ruining the family and they enjoy and celebrate the end of patriachy in favor of single households of improvished children, morally deprived youth and the rise of gay marriage as a way of destroying the nuclear family entirely. Its the marxist wet dream.
Dan Sharber
226 reviews72 followers
January 30, 2012
this book was a good corrective to the myth that there was no good feminist organizing going on between the suffragette movement and 2nd wave feminism in the 60's. it is also a good corrective to the narrative that the cp was bad on the woman question. this book shows the great work that was done by the cp during the 40's and 50's as well as explaining the context within which this work was done. the problems and missteps are not glossed over but nor are they simply taken for the entirety of the work done on the issue. the book also rescues from obscurity some early innovators of marxist feminist theory who laid the ground work for the work done in the 60's and 70's.

Nate
17 reviews6 followers
March 19, 2008
Red Feminism consists primarily of a close reading of Communist Party and CP front group members take on what used to be called "the woman question." Red women developed an analysis of male dominance in society and in the party, and used it to challenge both. Weigand succeeds in her goal of showing that feminists existed between first wave and second wave feminism, with the CP being one of their homes. Other historians often overlook this, and paint the CP and its millieu (sp?) with too broad of strokes as not caring about male dominance.

Weigand's study deals almost exclusively with the period from 1940-1956, and does not place the CP and its affiliates in any sort of context within the broader left - either more or less radical than the CP. The CP appears as the only game in town for most of the book, especially for radical women. This may have been the case, though I doubt it, but only attention to the wider left in this era would really help establish this. Likewise, it's hard to tell if the CP from 1940-1956 is unique or not because there's so little attention to "the woman question" as treated in the earlier CP or to other earlier left groups.

That said, the book is definitely worth reading. It attempts to rescue some important contributions to the theory and practice of feminism, some of which made an anacknowledged contribution to later feminism.
Displaying 1 - 4 of 4 reviews