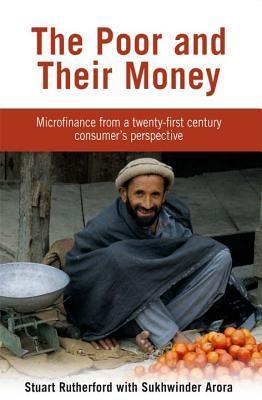 The Poor and Their Money: Microfinance from a Twenty-First Century Consumer's Perspective

3.83
94 ratings12 reviews
Rate this book
The Microfinance revolution is usually considered to have been led by the NGOs, donor agencies, and more recently banks who offer poor people financial services. But what can we learn from the ways that poor people already manage their money? What are the essential elements that they prize so much that they are willing to pay high interest rates to money lenders, or spend time and energy setting up elaborate savings clubs? The poor and their money emphasizes the pivotal role of savings in the lives of the poor, and in so doing overturns the common misconception that they are 'too poor to save'. Building on the huge acclaim that followed its first publication, the second edition of The Poor and Their Money brings readers up to date with microfinance developments in the twenty first century, including India's self-help group movement, village banks, and microfinance on Wall Street. It also describes the most detailed accounts to date of poor people's day-to-day financial strategies - their financial diaries. The book's clarity and avoidance of jargon make it appealing not only to microfinance students and practitioners, but to general readers as well.

As a practitioner: Stuart Rutherford is the founder and Chairman of SafeSave, a financial services Co-operative which pioneers ultra-flexible savings and loans services for urban and rural poor in Bangladesh. He helped a Co-operative Bank replicate an earlier version of the SafeSave model and that scheme now has over 30,000 accounts. He is also a Board Member of ASA, a Bangladeshi NGO which is the world’s fastest growing and most cost-effective microfinance institution for the poor. He runs Binimoy, a not-for-profit venture which promotes innovation in financial services for the poor and develops products.

As a writer: In late 1995 Stuart Rutherford published the first full-length book which examines NGO involvement in micro-finance in Bangladesh from an historical and critical perspective. He has also published two medium-length works on user-owned financial services, (commissioned and published by DFID [official British aid] and ActionAid) and has contributed articles to academic journals. He is a Visiting Research Fellow of the Institute for Development Policy and Management at the University of Manchester, UK.

As a consultant: Stuart Rutherford has carried out field-work commissions, including research studies, product design, and programme evaluations, for many clients including DFID, ADB, EU and many NGOs including Oxfam, CARE, Save the Children, ASA, Proshika, and ActionAid. He first came to Bangladesh as Country Director (1984-1990) of ActionAid's development programme in Bangladesh, where he devised and executed a system of offering savings and credit facilities to over 20,000 landless families in a remote southern District of the country, and set up the first-ever urban replication of the Grameen system. The programme was supported by funds from several major donors. He is also working as Advisor to ActionAid's Vietnam programme, where he has developed a savings and loan bank for poor communities of indigenous people in the northern mountain areas.

Stuart Rutherford has a first class degree from Cambridge University (1966), and is also a qualified architect. He speaks good Bengali, and is in good health. 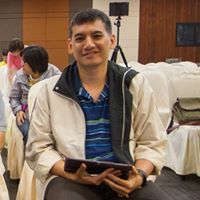 For the story behind the conclusions presented here, see the longer and more detailed exploration of poor people's financial management in Portfolios of the Poor.

Sakares Saengkaew
21 reviews14 followers
January 2, 2021
Just wow. I never realized that my habits are somewhere closed to the book's definition of the "Poor." It turned out it gave me a lot of wisdom and choices you could leverage and secure the risk in some life aspect. The book translator from the SALT publisher also did a great job, which helped me understand some technical terms.
Diana
2 reviews2 followers
October 9, 2007
Not a book you read for pleasure. As an Anthropologist I enjoy his straightforward comparison of a variety of ways that poor from around the world handle their finances. Very informative if you are interested in the subject of small scale finances.
Jennifer Kern
63 reviews2 followers
May 14, 2012
“From the best reporter on finance and the poor that I have ever seen, The Poor and Their Money shines a brilliant light on a world about which people are in the dark.”
- Thomas Easton, Asian Business Editor , The Economist
Displaying 1 - 12 of 12 reviews