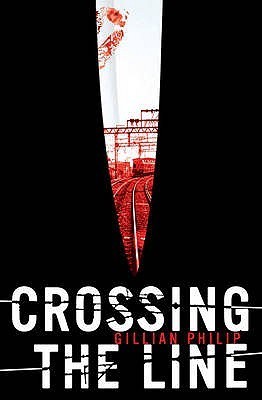 3.91
68 ratings14 reviews
Rate this book
Nick Geddes's life is a mess. His sister's boyfriend was killed in a school stabbing. His grandmother is decending into a world of her own, his mother has a 'god-slot' on local radio, and his father is drinking way too much. But that is nothing, because he is also crazy in love with Orla, the sister of the boy who has been killed, and she blames Nick! How can Nick make sense of this chaos, and look after his sister, and hopefully get lucky with Orla?

45 books165 followers
Gillian Philip is the author of more than 20 books for adults, young adults and children, including the Rebel Angels series (Firebrand, Bloodstone, Wolfsbane and Icefall). Her debut novel, the dystopian mystery Bad Faith, was published in 2008.

As well as fantasy she writes crime: Crossing The Line and The Opposite Of Amber are published by Bloomsbury. She is one of the Erin Hunters, working on the Survivors series, and has written as Gabriella Poole (Darke Academy). Her short books for Key Stage 3 are published by Ransom and by ReadZone Books, and include Life Of The Party, Mind's Eye, Sea Fever and Cyber Fever.

She lives in the north-east highlands of Scotland, with one husband, two children, three dogs (Cluny, Milo and Otto), two psychotic cats (the Ghost and the Darkness), a slayer hamster (Buffy), a fluctuating population of chickens (including Mapp, Lucia, Mrs Norris and Honey Boo Boo), and a lot of nervous fish.

"Writing for a living is (a) what I always wanted to do; (b) occasionally frustrating; (c) a lot of fun – I take dictation from the characters in my head, who spend their lives telling me what’s going to happen next.

"But I like it that I never know just how it’s all going to end – not till the fat lady sings, the villain meets a suitably sticky end, and the boy gets the girl (or indeed the boy)."

Nick is a teenage boy who gets involved with the wrong crowd, becomes a bully, seeing life as a fight for survival, and then turns against the crowd as he sees them for who they are, so finds himself with no friends. In the complicated dynamics that ensue, his sister's boyfriend is stabbed to death, and the sister of the murdered boy, whom Nick has a big crush on, blames Nick. Nick can't rely on his parents, and his grandmother is losing her grasp of reality.

I guess it's a sort of coming-of-age novel. Nick has to work out who he is, outside of any schoolyard gang, and what he wants from life, and deal with his feelings of anger, frustration and guilt. It's a story that is moving, sometimes humorous, and sometimes gritty.

What I found odd was how Nick's life is portrayed in all its grit and mess, and his sister Allie is portrayed in a sort of idealised fairy-tale way. She seems almost a mythical creature, and I several times wondered if the novel was hinting at the supernatural with her and her powerful eyes and her 'knowing'. It seemed an odd sort of contrast with the gritty realism of Nick's life, and I couldn't really work out the purpose of it. It seemed like an odd sort of polarising of men and women.

I also found Nick wasn't quite believable as a narrator - I guess this is largely unavoidable with a female author writing a teenage boy character in the first person. This bothered me a bit at the beginning, but then I just suspended my disbelief and got into the story. And enjoyed it a lot. Although not sure if 'enjoyed' is the right word for a novel that involves so much violence and pain - more that I was impressed by it, and I was absorbed by it, I guess.

Ali
1,242 reviews333 followers
May 31, 2009
I found this an excellent and engrossing read. I can see it certainly appealing to a YA audience. I would have liked to get to know Lola Nan a bit better, and hear more of her story, but I can see that would have distracted the reader from the main story. Every day it seems we hear about teenage violence, and so this novel is very current, and very believable. The destruction visited upon three families in the aftermath of that violence is bad enough, but it is the voices of those young people themselves that are so memorable, and again so very believable. I thought this was a well written pacy novel, with great characterisation, a great quick read for a lazy Sunday.

Weebly
233 reviews8 followers
April 23, 2009
I found this book quite disturbing as a Mum of a teenage boy, on the cusp of relationships like the ones portrayed in this book, with friendships, girls and growing up all being an issue. All the problems seemed very real and so easy to fall into with all the posturing that goes on with teenage boys. I too could not put the book down, and went for a bike ride to Salcey Forest this afternoon to sit in the sunshine and finish the book.
Ginette Doyle
121 reviews2 followers
April 21, 2018
Nick has a lot of worries, his sister appears to be holding conversations with her dead boyfriend, his Nan is suffering from dementia and the girl he loves blames him for the death of his brother... a good teen read.
Elen Caldecott
Author 50 books49 followers
April 11, 2011
Trains are an important element in this book; not just as part of the plot, but also in the relentless, unswerving way the story is told. We know that Aidan will be killed by Kev, we are told this very early on. Like a train moving along its tracks, it seems inevitable. What had me gripped was the repercussions of this event for everyone involved - for Nick, once part of Kev's gang; for Allie, Nick's strange younger sister and Aidan's girlfriend; and for the adults around them who are all struggling to cope.
This is a timely and important book, but it also a fantastic story with great characters (Shuggie should have his own book next, please!). I thoroughly recommend it.

Nicky Schmidt
16 reviews
January 18, 2012
Gillian Philip has created a gripping read which deals with the very real dangers of knife crime, showing how easily it can all go wrong, and the devastating consequences it brings. She writes with a strong and compelling voice which results in powerful characterisation. And she has created in Nick a believable and identifiable character, whom you can help but relate to in all his moments and through all his emotions.
Crossing the Line is strong story, interwoven with drama as well as humour, it is well told and richly evocative.
If you are a fan of Kevin Brooks or Meg Rosoff, read this.

Amy
205 reviews12 followers
April 16, 2012
Probably one of my favourite books and narrators of all time. Nick is so achingly real, hurt, and strong - he's not perfect by a long chalk, but that's what makes him such a wonderful character. And I love the way Gillian Philip writes such great secondary characters, too - Orla, Shuggie, Allie and even Aidan (who didn't get many scenes, being dead and all), each one was a 3-D, multilayered person.
Seriously, read this, it's awesome! I rarely write reviews, but when I do it's only for the books I really love.

Helena Pielichaty
3 reviews69 followers
April 11, 2012
It takes a good writer to create a thuggish, flawed central character like Gillian Philip's Nick Geddes and still have the reader rooting for him. Nick's sister Allie was interesting, too. She had an imaginary friend - nothing new there - except Allie is a young teen and the imaginary friend is her dead boyfriend. I also enjoyed Philip's authentic dialogue - it sparkles with a wee hint of Scottish thrown in. I'm adding Philip to my list of 'must read' YA writers.

Ellen
204 reviews2 followers
February 20, 2016
This book is about Nick, and his little sister Allie. Allie's boyfriend Aidan was stabbed by Nick's ex-friend Kevin. Kevin caught, but his big brother wants revenge. On top of all that Nick is madly in love with Aidan's sister Orla, not to mention his new found lack of friends and security guards always treating him suspiciously in shops. Although a wee bit boring at times, this book is pretty good, and very realistic - a great read.

Tamsyn Murray
Author 30 books118 followers
April 9, 2010
I loved this gritty story about turning your life around from the brink of disaster and the good things which sometimes grow out of horrific events. Nick isn't a bad person, he just made a few bad choices and paid a heavy price, although not as heavy as some. Ultimately, this is a story about taking responsibility for yourself and realising that it's never too late to change.
Rebecca E.
Author 2 books14 followers
November 22, 2011
Gripping YA thriller with beautifully drawn characters that pull you into their world. My only complaint is I wanted more of everybody, but that's possibly just being greedy...
Kate Millin
1,519 reviews22 followers
July 28, 2014
A gripping tale about the pressures of school life and how it can lead to children taking knifes to school with bad consequences
Becky
391 reviews72 followers
March 9, 2013
Crossing The Line had me wanting to stay up way past my bedtime to finish it. 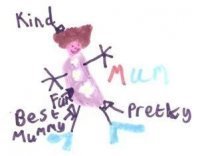