Goodreads helps you keep track of books you want to read.
Start by marking “Sex Offender Lives Here” as Want to Read: 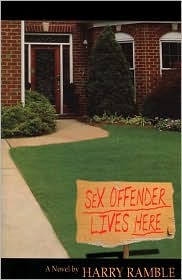 We’d love your help. Let us know what’s wrong with this preview of Sex Offender Lives Here by Harry Ramble.

by
Harry Ramble (Goodreads Author)
0.00  ·  Rating details ·  0 ratings  ·  1 review
It should have been an ordinary divorce battle, with its familiar portions of malice and chicanery. But then things got ugly. In Sex Offender Lives Here, a father attempts to gain custody of his son, only to be caught up in an epic clash of cultures.

Once, Fletcher Geffney had everything: a lovely wife, wealthy and influential in-laws, an estimable literary career. Now he s

It should have been an ordinary divorce battle, with its familiar portions of malice and chicanery. But then things got ugly. In Sex Offender Lives Here, a father attempts to gain custody of his son, only to be caught up in an epic clash of cultures.

Once, Fletcher Geffney had everything: a lovely wife, wealthy and influential in-laws, an estimable literary career. Now he stands to lose it all, including his 10-year-old son Christopher, after his wife makes a series of alarming accusations in the course of a preliminary child custody hearing.

Under normal circumstances, Fletcher might have successfully defended himself against criminal charges he insists are false and unfounded: the statutory rape of a 15-year-old fashion model, possession of child pornography and endangering the welfare of a minor.

But these are uncommon times. The Balloon Man, a sexual predator with a capacity for almost supernatural stealth and savagery, is preying on children. Even as the Balloon Man's reign of terror unleashes a frenzy of outrage and fear across several states, an opportunistic local politician seizes on Fletcher's newsworthy predicament to campaign for new and frankly unconstitutional enhancements to his state's registry system for convicted sex felons. In response, the controversial leader of an advocacy group called Sex Offenders Solidarity (SOS) seeks to make Fletcher the public face for the legal and social plight of sex offenders.

Soon persecuted felons, some dangerous and some merely abject victims of circumstance, begin showing up at Fletcher's door seeking shelter and safety in numbers. Fletcher's neighbors grow restive, then openly hostile. Activists, ideologues, andvigilantes on both sides of a cultural divide join the fray. With unnerving swiftness, Fletcher finds himself at ground zero in a pitched battle between an agitated, frightened citizenry and a shadowy underground of deviants and criminals.

Out of options and out of time, Fletcher conceives a plan to kidnap his son from his wife and flee the country. Just as he is about to put this plan into action, a tragic event-the disappearance of a local 10-year-old girl-triggers a final, deadly escalation of violence. Fletcher's day of reckoning-with both his angry community and with the family he has wronged-arrives at last.

To ask other readers questions about Sex Offender Lives Here, please sign up.

May 24, 2014 Kim added it  ·  review of another edition
Poorly written and could not finish

Harry Ramble
48 followers
Harry Ramble is ongoing, unresolved. He used to come in here sometimes; I ain’t seen him around. He’s a ringing telephone in a vacant apartment. He’s the root of the problem. He’s the wide band of static at the top of the dial. Listen. Listen closely. There. Do you hear that? 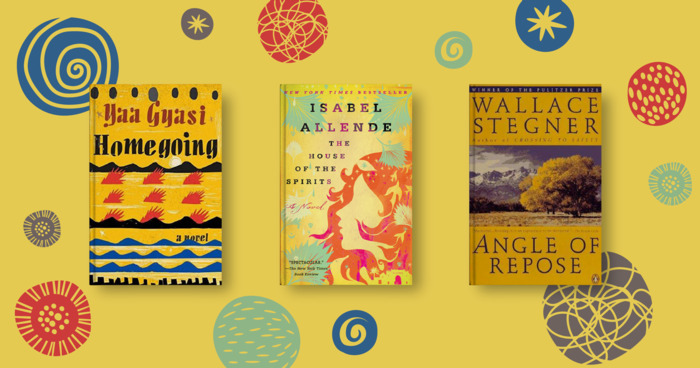 33 Sweeping Multigenerational Family Dramas
Why not focus on some serious family drama? Not yours, of course, but a fictional family whose story you can follow through the generations of...
Read more...
175 likes · 64 comments