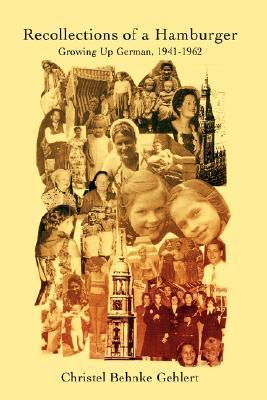 4.33
3 ratings1 review
Rate this book
Born in Hamburg, Germany, in 1941, Christel Behnke Gehlert vividly recounts her early childhood years in the war-torn country and weaves in memories from friends and family. She tells of the numerous dashes to the neighborhood bomb shelter as the city exploded under the Allies' assault, the gnawing hunger from a lack of food and fuel, and the personal upheavals her family endured. But even in the midst of tragedy, Christel found joy. She warmly recalls family and friends, German customs and celebrations, school days, and vacation. From the excitement of playing in ruins to the incessant longing for material goods, Christel describes the games and pranks she and her friends played, the joy of singing in a community choir, and the hearty, timeless traditions of growing up German. In post-war Germany, Christel began to think critically about her country's role in the conflict, but she also plunged headlong into adolescence: daydreaming at school, becoming aware of the opposite sex, taking dance lessons and class trips, and, most importantly, developing a passion for America. Recollections of a Hamburger intimately captures one young woman's coming-of-age during her nation's recovery from war and reveals how the power of memory shapes our lives forever.

I liked her writing style. I felt like she was in the room talking to me - honest and humorous. I'm looking forward to the next book about moving to the US and adjusting to life here.
Displaying 1 of 1 review