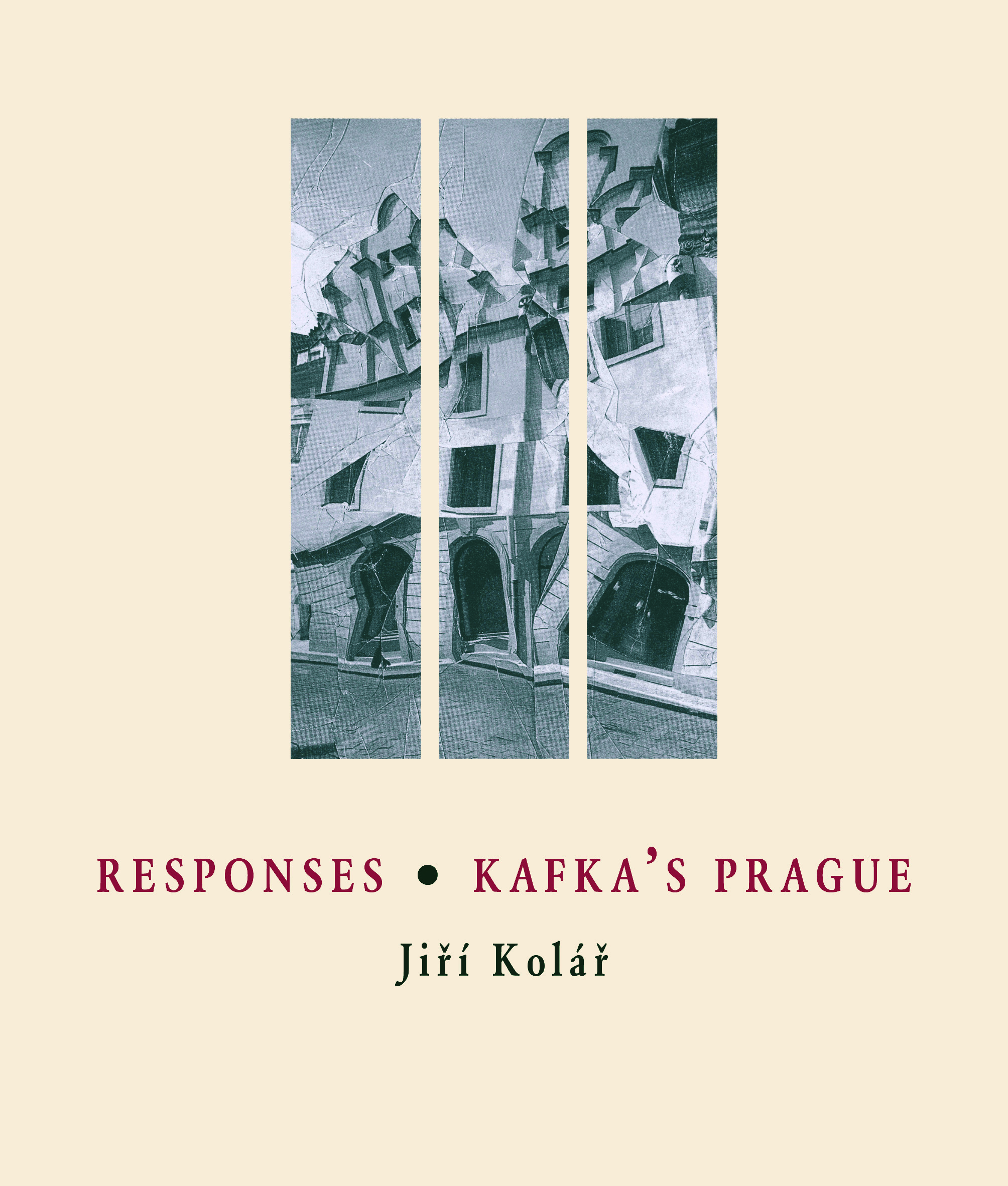 4.00
6 ratings3 reviews
Rate this book
Written and compiled in the 1970s but facing virtually no prospect of being published in communist Czechoslovakia, “Responses” and “Kafka’s Prague” first appeared together in 1984 with the exile publishing house Index based in Cologne, Germany. The text discusses Kolář’s influences and his wide variety of collage techniques as well as his views on art and literature in general. “Kafka’s Prague” is a series of color crumplages of Prague’s buildings, streets, squares, and gardens accompanied by short extracts from Franz Kafka’s work, which was likewise banned by the regime, as a sort of homage to the city whose artistic vitality was being snuffed out by communist repression. Taken together, the result is a fascinating document akin to an artist’s book that captures Kolář’s creative flux at a particular moment in time.

Crumplage is a technique developed by Kolář in which a sheet of paper or reproduction is crumpled at random and then flattened out and pasted onto a backing, creating a deformation of the original image or a new image. As he explained it in his Dictionary of Methods: “Crumplage washed over me on a huge wave of gesturalism during a period when the graphic artist Vladimír Boudník was running his marathon in Bohemia fueled to the hilt by Explosionalism and structural prints. The first crumplages I made were monochrome, either white or black. Anyone can crumple wet paper, and if that doesn’t work, all you need to do is toss a few magazine pages onto the sidewalk in the rain. The rain and the trampling of passersby or the tires of cars will do the trick. Believe me, I’ve tried this many times, and Boudník was the only one who didn’t thumb his nose at me. This didn’t surprise me. He was one of the very few who knew how to read a picture in creases, on walls, etc. ... The analogies to events in life and explosions of fate, which can ‘crumple’ a person so suddenly and profoundly that the consequences of such an inner tornado can never be smoothed or straightened out, convinced me that this technique of mine was indeed useful for gaining insight.” 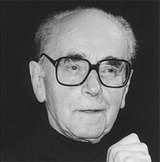 4.00
6 ratings3 reviews
5 stars
1 (16%)
4 stars
4 (66%)
3 stars
1 (16%)
2 stars
0 (0%)
1 star
0 (0%)
Displaying 1 - 3 of 3 reviews
Joseph Schreiber
409 reviews114 followers
January 10, 2022
A unique and handsomely presented volume combining Responses, Czech poet/visual artist Jiri Kolar's interview-without-questions-styled reflections on art, literature and the approaches he developed with his project Kafka's Prague which combines quotes from Kafka with "crumplages" of Prague buildings and landmarks. Created during the 1970s, Kolar was unable to publish these works under the Communist regime, so they first appeared in Germany in 1984. Now they are available in English. I read his "A User's Manual" several years ago, this work shows the development of his thought and art which was ever inventive and restless.
A longer review can be found here: https://roughghosts.com/2022/01/10/a-...
Tom
977 reviews
September 10, 2021
Jiří Kolář was a Czech writer and artist whose life (1914-2002) spanned most of the 20th century and included life under the thumb of, first, Nazis then, second, the Soviet Union. In practice, this meant that his work was banned from publication and thus circulated mostly under the table as samizdat (clandestine) literature. Responses • Kafka’s Prague brings together two works by Kolář, an essay (“Responses”) on how he arrived at a technique for producing images, called “crumplage,” and an opus (“Kafka’s Prague”) that combines quotes from Kafka along with altered images of the streets of buildings of Prague that Kafka would have been familiar with. Each work is lucidly translated by Ryan Scott (“Responses”) and Kevin Blahut (“Kafka’s Prague”).

In “Responses,” Kolář’s essay on art, poetry, and history, he notes that the best of the arts consciously places itself within the historic continuum and conversations within and among the arts: “Without a critical attitude, skepticism, and artistic prescience, without the burden of experience—I’m thinking here about those who came before me—nothing at all can be achieved.” In extending the techniques and topics of the past to match the contingencies and urgencies of the present Kolář felt as if neither images nor words by themselves was enough: “When you have a fateful encounter, you generally have to communicate in some way other than merely with words.”

Kolář experimented with a number of techniques—some developed by others, some newly developed by him. One of those methods—“crumplage” (crumple + collage)—involved taking found images from books and newspapers and altering them. The impulse for this was beyond producing Dadaist or Surrealist pictures but was intended to convey senses of loss and beginnings:

"Crumplage doesn’t work all that well with dry paper. It has to be properly moistened and the work done quickly. Crumpling must be done fast and carefully, and it’s difficult to predict results with this technique because it’s always the brother of chance. Because the moist paper is crumpled and the work has to be finished fast, hardly any adjusting can be done. Its meaning can be demonstrated on yourself, in that I think each one of us is burdened by countless moments when something has collapsed and we have to get on with our lives, even if reluctantly—don’t we all live with something broken inside? . . . [C]an we then say with any certainty that destruction doesn’t represent the beginning of something new?”

“My intention was to create something that should be more than read, so that what we call poetry could be felt. . . [T]he word wasn’t enough for me. I felt it were charged with an energy different from what had thus far been utilized.”

The following 60 pages or so make up the work “Kafka’s Prague” (1977-1978) to illustrate the broken and potential for new. One of my favorite lines from Kafka quoted in this work: “. . . as long as you do not stop climbing, the steps will not stop, they will grow upwards under your climbing feet.”

A tip of the hat to Twisted Spoon Press for publishing these works. Twisted Spoon was founded nearly 30 years ago in Prague by a group of ex-pats (if I recall right) dedicated to making available to English speakers writers from the Czech Republic and Central Europe unknown or underrepresented in English translations. My general rule of thumb is, if Twisted Spoon publishes it, it’ll be worth reading.
Elif
943 reviews133 followers
September 13, 2021
A good read for all the artists out there.
Displaying 1 - 3 of 3 reviews