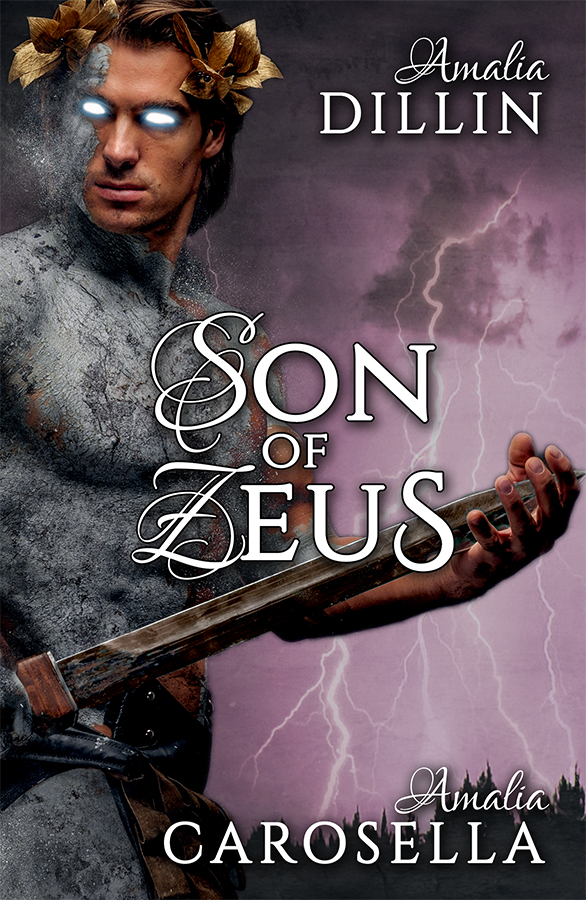 4.60
5 ratings5 reviews
Rate this book
Pirithous is back!
But after 3000 years trapped in Hades, what does he have left to live for?

Pirithous, son of Zeus, stumbles out of the Underworld into Upstate New York, a land nothing like the one he left behind so long ago. The price of his freedom: revive the worship of his gods and build Persephone a temple for her help in his escape. But the world is so changed, Pirithous, once a wealthy and honored king, doesn't know where to begin.

Raised in a strict Greek Orthodox family, Thalia has always been something of a wild child. Wild enough to pick up an attractive man off the side of the road in exchange for his help, no questions asked. When he claims he's a son of Zeus, she gives him the benefit of the doubt. But Pirithous is more pirate than anything else, and an interstate road sign isn't the only thing he's happy to steal...

Hunted by centaurs sent by Hades himself, Pirithous is a danger to more than the woman who’s taken him in, and even for love and the help he needs to repay his debts, it's hard to justify the risk. Pirithous must find a way to work around the threat of his gods and the complications of the modern world to become the man and the hero Thalia deserves. Unless he’d prefer to return to the Underworld—without any hope of coming back.

A fan-favorite hero in Helen of Sparta and Tamer of Horses, Pirithous returns for another adventure, set in the world you know.

28 books285 followers
Amalia Dillin began as a Biology major before taking Latin and falling in love with old heroes and older gods. After that, she couldn't stop writing about them, with the occasional break for more contemporary subjects. She lives in upstate New York with her husband, and dreams of the day when she will own goats--to pull her chariot through the sky, of course.

Amalia is the author of the Fate of the Gods trilogy, and the Orc Saga, beginning with HONOR AMONG ORCS. She also writes historical fiction under the name Amalia Carosella.

You can find links to all her work online at http://blog.amaliadillin.com/p/public...

4.60
5 ratings5 reviews
5 stars
3 (60%)
4 stars
2 (40%)
3 stars
0 (0%)
2 stars
0 (0%)
1 star
0 (0%)
Displaying 1 - 5 of 5 reviews
Emily
81 reviews1 follower
May 28, 2021
Amalia has a particular skill at taking a novel and turning it into something SO MUCH MORE. This isn't just a romance, isn't just an action-adventure, isn't just a variant on the "man out of time" - it's all of those things, and so much more.
I hesitate to give spoilers, because you should really read this fresh, but it is a VERY satisfying story. Fully recommend it (and all her other books!!!)
Romina
12 reviews
March 17, 2022
As with all other works by Amalia Dillin, this story was great. I could barely put it down and once again I found myself in love with Pirithous. My only issue is that now that the centaurs are gone and he’s found love in Thalia, what happens? Does he stay a stateless man in the woods behind her house? Does he leave with her? Does he find other people to pray to Olympians like Persephone intended? So many questions which I hope are answered in future books perhaps.
This entire review has been hidden because of spoilers.
Zenobia Neil
Author 8 books49 followers
May 20, 2021
I don't normally read rom-coms, but this one won my heart. It's fun and fabulous and Pirithous is the perfect son of a god to get in bed with or take shopping (his attempt at trying on shorts is hilarious.) I loved seeing the modern world through Pirithous's eyes, and he and Thalia make the sweetest couple. I can't wait to read more books by Amalia Corosella!

Juliet Smith
95 reviews7 followers
November 9, 2021
This books was amazing like the majority of Amalia Carosella's works, with an excellent mix of action and romance. While some of Thalia and Pirithous' decisions were frustrating, Carosella does provide fairly good explanations for their motivations. I was torn between wanting to yell at Pirithous and wanting to hug him. I'm definitely looking forward to the sequel.

Look for SON OF ZEUS in mid-May!