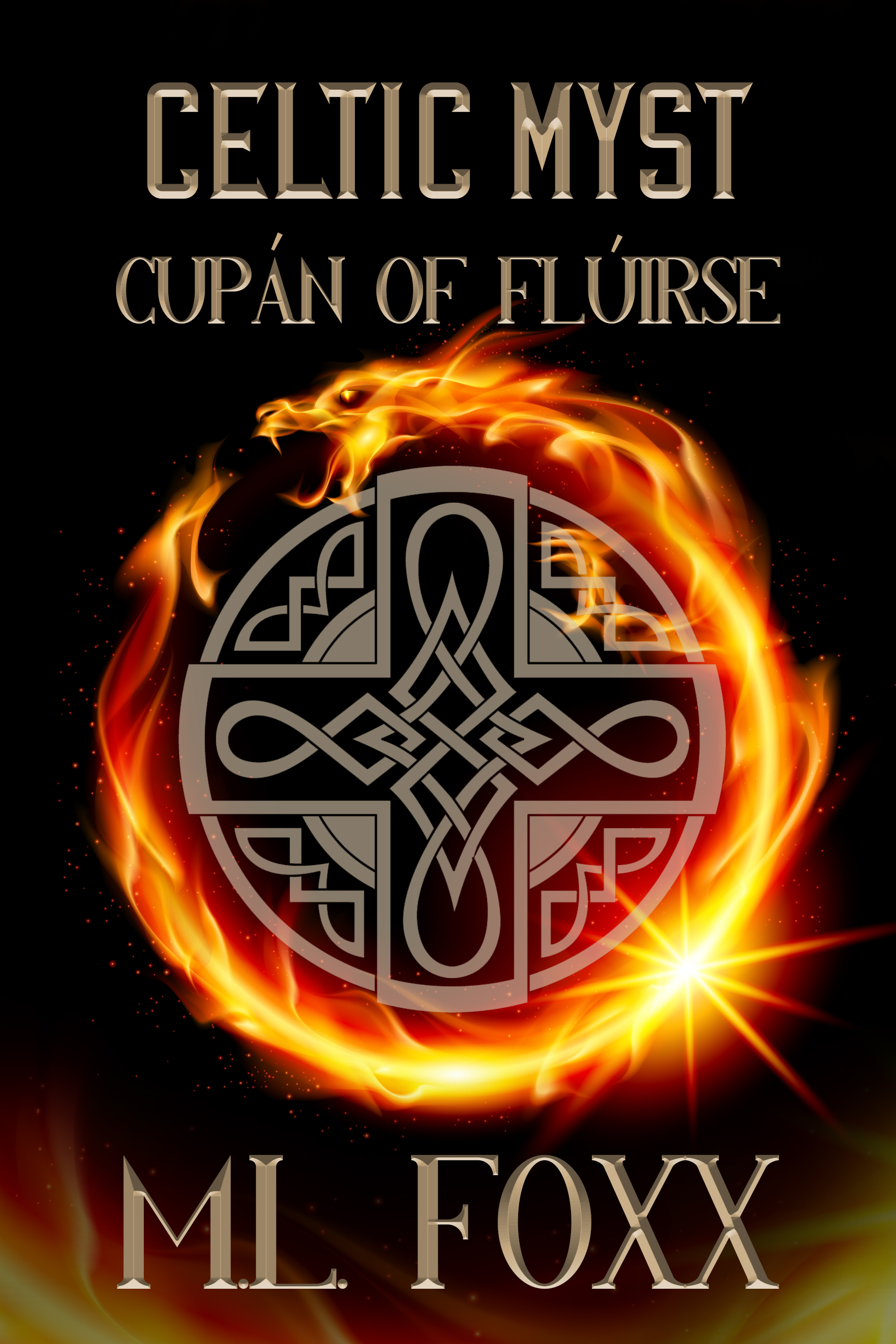 5.00
1 rating1 review
Rate this book
Forged by the gods, the Cupán of Flúirse is born under the thunder of Taranis, fashioned with symbols of the elements to bring peace and abundance to the de Danann clans.

Element of the air, Amergin is a faithful protector and guardian. Through the years, he’s guided the other elements and reigned over times of peace, prosperity, and royal births.

However, the witch Mourdra, is plagued with jealousy over the clans. They hold dear all she desires…and has been denied. The fire dragon and Klenidalf, an evil wizard are tasked to do her bidding, to plunder the clans…and steal the Cupán of Flúirse.

Aibell Brid, heir of the de Danann clan will need more than courage to find the lost relic of her clan. When the time comes, will she be ready to face her greatest enemy? With protector and guardian, Amergin, she plans for battle, honing her skills, preparing for the day she can reclaim the Cupán of Flúirse.

Amergin knows that knowledge is power and strength is in numbers. But he must also trust in the words of Gaylord the Great when he speaks of: A prophecy, a final epic battle, and a mystery revealed.

Amergin will know when the time is near. With Aibell and a force of brave, trusted souls, they will face the witch, destroy her dark forces and reclaim the Cupán of Flúirse. To fulfill the prophecy, the Cupán of Flúirse needs to be returned to its rightful place, the Tomb of the Tuatha de Danann. However, through the centuries the location has been lost.

Amergin is again entrusted with the responsibility to guide the de Danann’s to fulfill their destiny. On their mission, Gaylord the Great foresees they will encounter three foes in order to reach their destination. To find the lost tomb, they must travel in darkness in increments of three. They must survive battles with their nemesis and make their way across Inis Fail on foot and horseback in six dark moons.

Amergin discovers sometimes the most important quests sought in the future, must be accomplished in the past.

5 books9 followers
ML has lived her life in Utah. She loves the mountains. Some day she’d like to move to Ireland, home of her ancestors. ML and her hubby love to travel anywhere. As long as they’re together and it’s an adventure. Her favorite places she has visited is Ireland, Scotland, and Tuscany, Italy.

She loves to hear from fans. This is her first jaunt into Fantasy and Sci-Fi, she loves it. It gives her freedom of choice. She also loves to go to the movies and you got it… Watch the Avengers, Dead Pool, among others.

When ML is not writing or traveling she is hanging out with family.

Aibell, the heir of the de Danann clan, trains for her quest to find the lost relic. With the help of Amergin and an army willing to fight to the death, she will face her greatest enemy and reclaim the chalice. Nothing is ever easy, Aibell soon learns, and she’ll need the strength of her ancestors to be victorious.

But reclaiming the Cupán of Flúirse is not enough, it must be returned to its rightful place, the Tomb of the Tuatha de Danann. Through time, the location has been lost. Amergin is once again tasked to guide the de Danann in order to fulfill the prophecy. They must travel through darkness, battle plenty of foes, and reach their final destination. Will they complete their quest or will the sacred chalice be lost forever?

Celtic Myst: The Complete Trilogy is a brilliant epic fantasy from start to finish. The world-building is exceptional and truly transports the reader. What makes it such a compelling read is how M.L. Foxx layers in classic Celtic mythology. The plot progression is paced perfectly, with natural ebbs and flows. The characters are so well developed, they became a part of me. It’s been a long time since I’ve read such a sublime fantasy trilogy and yes, I believe Professor Tolkien would agree. If you’re looking for your next epic fantasy to binge-read, pick up Celtic Myst: The Complete Trilogy. Highly recommend!

Disclaimer: I received a copy from the author in the hopes I'd review it.