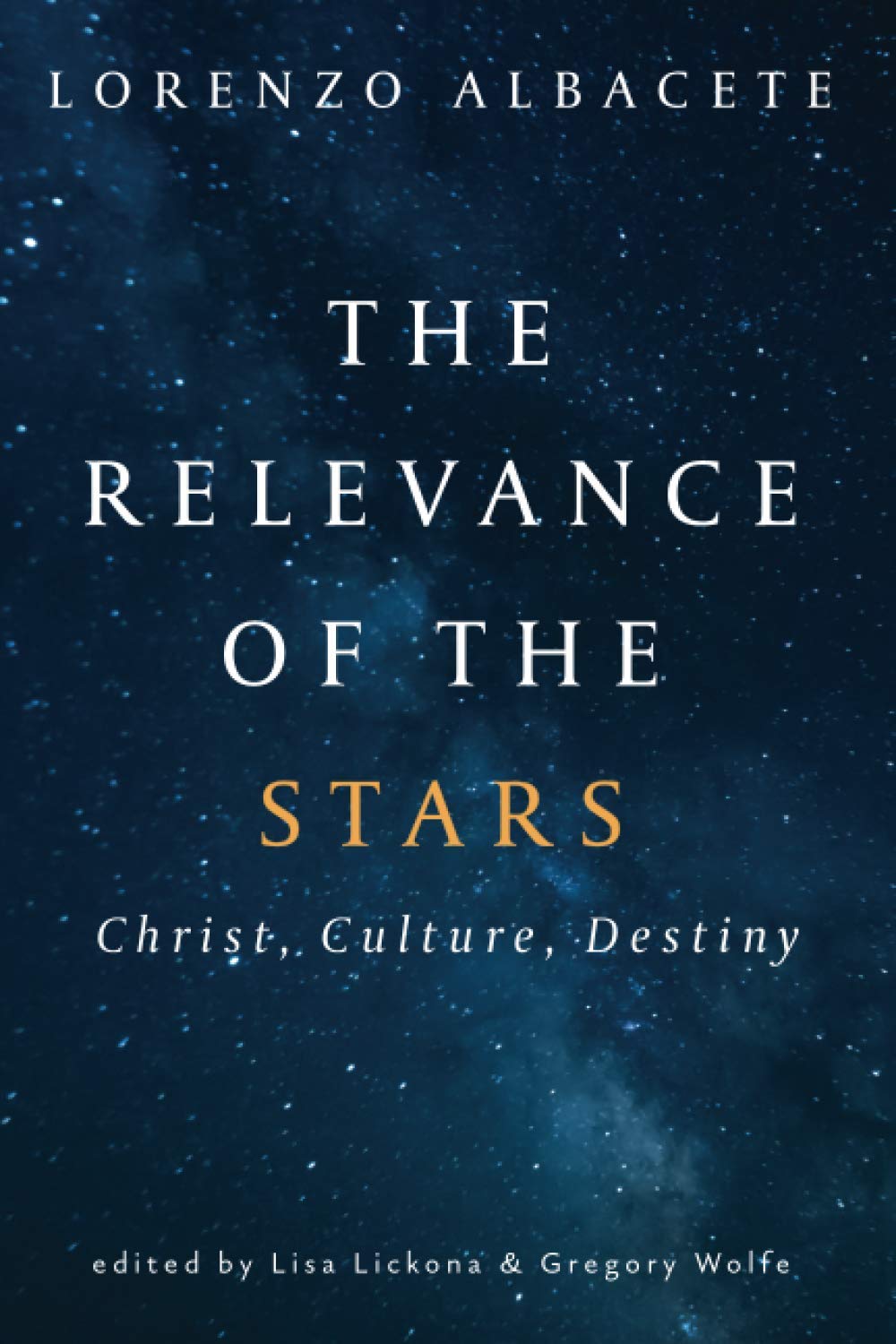 The Relevance of the Stars: Christ, Culture, Destiny

4.67
21 ratings2 reviews
Rate this book
From popes to television personalities to high school students, everyone who encountered Monsignor Lorenzo Albacete knew there was no one like him. He could engage you with a joke about a New Yorker cartoon, move on to a keen commentary on the state of the culture, and finish off with a meditation on the Gospel of John. In his talks and essays, Albacete made profound theological and philosophical insights accessible without ever losing their depth and breadth. But with the exception of a single book published in his lifetime, much of Albacete's wisdom has been scattered and hard to find. The Relevance of the Stars fills this vacuum. With his characteristic wit and ease, Albacete engages the thorniest questions--the relation of faith and reason, the problem of modernity, the possibility of a Christian culture--as they play out in science and politics, money and love, law and finance. He speaks to families, youth, and his friends in the media. The New Yorker cartoons feature here, of course, alongside Dostoevsky, Flannery O'Connor, and Elie Wiesel. Albacete masterfully engages the thought of John Paul II, Benedict XVI, and Father Luigi Giussani, the founder of the international lay movement Communion and Liberation, whose passion for the infinite Albacete made his own.

4.67
21 ratings2 reviews
5 stars
14 (66%)
4 stars
7 (33%)
3 stars
0 (0%)
2 stars
0 (0%)
1 star
0 (0%)
Displaying 1 - 2 of 2 reviews
Fred
Author 1 book6 followers
Read
March 29, 2021
A companion to help form a deeper human gaze on our world:
On Chappelle's show, Dave Chappelle did a bit "the Educated Guesser," parodying Miss Cleo, the psychic. I mention this because the author of this book, Lorenzo Albacete, a priest from Puerto Rico, also wanted to respond to Miss Cleo. He says that "In the Bronx where I live, many Miss Cleos open up chickens to discover what the future holds, and in the nicest buildings in Manhattan they read their horoscopes. But a prophet is not one who tells us what will happen in the future. A prophet tells us the truth about the desires in our heart" (143).

I begin this review by mentioning Dave Chappelle, because even though Chappelle and Albacete never met, I see a kinship between them in their curiosity to understand what it is to be human, and in the fearless way they talk to anyone about anything. Who was Lorenzo Albacete? He was a priest who was born and grew up in Puerto Rico, but lived for many years in New York City. He was a physicist who became a priest, and ended up becoming friends with journalists when he shared his perspectives— formed by his encounter with Jesus Christ and his friendship with Luigi Giussani, the founder of Communion and Liberation.

Here's what Albacete had to say about his journalist friends: "One editor of The New York Times told me: 'Monsignor, we have many friends who are priests and who agree with us on almost everything. As a result, what they have to say is not very interesting. Those who disagree with us, however, do not want to become our friends. You are here because you do not agree with us on many issues, but it is obvious that you like us and see us as your friend" (105).

This is a collection of essays on disparate topics to diverse groups: the nature of religious violence, identity in a multi-cultural society, sexuality, desire for the infinite, atheist humanism, liberation theology, the idolatry of moralism, lawyers, investors, youth ministers. This diversity creates a problem for me: how do I recommend this book? Who would benefit from it? Those who have heard of Albacete don't need my recommendation because many will buy it and put it on their shelves anyway. Other Catholics will be disappointed because it would be too much work to reconcile with their favorite ideologies. Protestants may wonder why it shows up on Amazon with C.S. Lewis as Christian Anthropology, whatever that is. And atheist humanists? No doubt, one might be curious enough to pick it up.

What would dear Lorenzo say? If you could pick up an order of chicken wings or this book, what would be better? I know that Msgr. Albacete really loved chicken wings. For my part, I would say that this is a good book if you, like me, feel loneliness in front of the great issues of our day, and want a human companionship when thinking about them. It's a surprising book, one that challenges me to go beyond my customary reactions to everything.

I give this book 4 stars because I think people will find this review more trustworthy than if I gave it 5 stars. And the stars that Albacete was really interested in were the stars of night, those stars that an ant might have seen one time and suffered because she tried to tell the other ants about them.

Zach
38 reviews1 follower
January 10, 2022
Fr. Albacete is hilarious while digging deep into who we are and what we are made for. He is a great introduction to the works of Fr. Luigi Giussani and sets his work in an American context.
Displaying 1 - 2 of 2 reviews