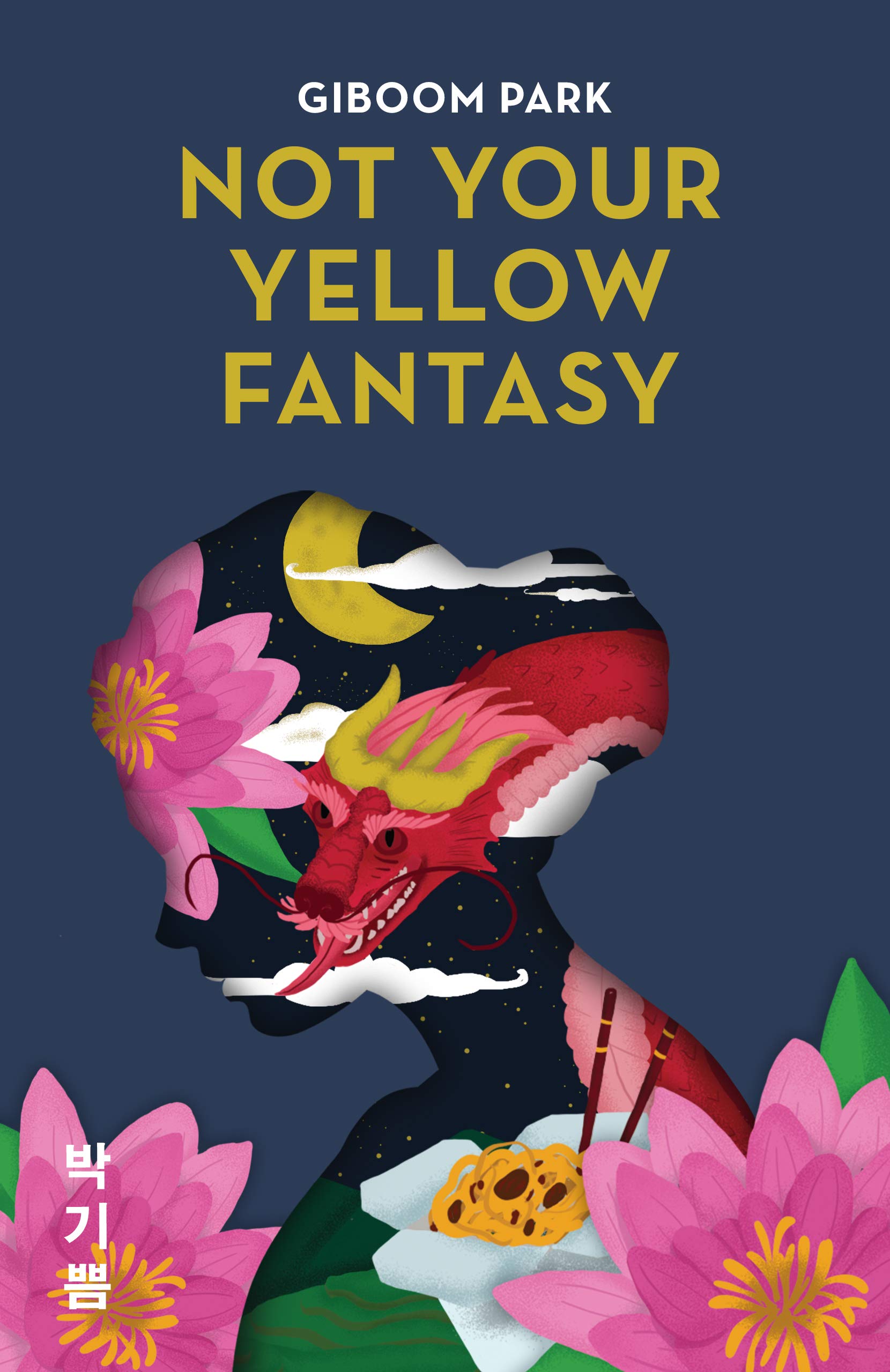 Not Your Yellow Fantasy: Deconstructing the Legacy of Asian Fetishization

4.26
38 ratings9 reviews
Rate this book
The concepts of yellow fever and racial fetishization are often considered topics of conversation many individuals do not care about or actively avoid. Yet their influence on how we interact with our world is more profound than we realize.


In Not Your Yellow Fantasy, Giboom Park examines how individuals are consciously and unconsciously perpetuating the spread and continuous influence of racial stereotypes toward Asian Americans in romantic and sexual relationships. While reflecting on the impact of yellow fever on her own life, Park helps us better understand how we are all impacted by the detrimental effects of racial fetishization.

* How and why Asian women came to be perceived as hyper-sexual, mysterious or submissive and docile beings.

* The influence of Asian fetishization and the derogatory "Yellow Fever" fetish on pornography, trafficking, and dating platforms.

* The consequential oppression of women's rights and BIPOC communities as a result of Asian fetishization.


From the persistence of mail-order brides and white supremacy to sex trafficking, the topic of Asian fetishization can no longer be ignored. Now is the time to address its existence and work toward a world of inclusion and equality.

(Side Note: I never knew that Madame Butterfly is about an impregnated Japanese teenage bride abandoned by an American only to give her baby to them when he returns to her country after a few years with his American wife (?!) and she unalives herself. WHAT).

I also gained from seeing the connection between the hypersexualization of East Asian women with the asexuality of East Asian men and how they both serve to make whiteness the default normal/ideal.

I was curious about trans women and how it fits in to yellow fantasy but there was no mention.

Would have wanted a stronger ending. The conclusion was “hoping for cross-racial solidarity” and I wish that there was an acknowledgement of an existing history of radical and subversive East Asian diaspora fam. And while there was an acknowledgement that this was focused on East Asian and Southeast Asian women, I would have liked more than a few words on how Asians are not a monolith. I understand this was a more personal story interspersed with interviews and research, but Asian is not East Asia, and I think that connotation is also part of the yellow fever problem. That there wasn’t a chapter on Edward Said’s contributions to orientalism is also what I felt missing.

However, it’s 5 stars because it does do a succinct job in explaining how we have normalized what is a mask for sexual dehumanization and objectification through race. It’s like a pretty good podcast episode.

I have the physical copy but the formatting was a bit off. Big empty spaces and images. I think it would have been better to get the Kindle edition.

Nev
995 reviews125 followers
December 31, 2020
This book is a combination of memoir, research, and history lesson surrounding the topic of “yellow fever” or the fetishizing of Asian women. Giboom Park looks at the ways that media has perpetuated the stereotypes that Asian women face and the topics of mail-order brides, pornography, sex tourism, and more. While the main focus of the book is Asian women she does also discuss fetishization and negative stereotypes of Asian men.

I think that the actual writing of this book is closer to 3 stars for me. Because it features so many different conversations it feels like a lot of things are only scratching the surface before it switches to the next topic. Also, sometimes it felt a bit repetitive or unorganized. But I think that the important discussions that this book brings forward outweigh my quibbles with the writing.

Paul
114 reviews
February 15, 2021
Heads-up: Giboom is a dear friend of mine. Met her through a Council of Korean American (CKA) program. Donated to her book campaign back when it wasn't published yet. So I am definitely biased. Keep that in mind, ha. Oh, another thing: I've come to use the star rating system to show how much fun I had with a book—who am I to say anything else about the book, ha ha. 5 stars here because I enjoyed this book without a doubt. It feels a little weird to leave a review for something that a friend wrote and published, but I did want to share some things from the book. So here's my brief takeaway.

First, this sentence that made me pause, and one that I will remember the most: "Normalization does not equate to the erasure of a problem—and yet, we treat it as such." Asian fetishization is often normalized—it's normalized among those who exclusively prefer and date Asian women for problematic reasons, and also increasingly among those who fetishize Asian men due to increased media representation, particularly from Korea. In addition, as Giboom points out, "we have normalized its existence in dating apps, hook-up culture, and everyday conversations. We have laughed about the 'effeminate' Asian men in Hollywood media, fallen in love with the 'exotic' Asian woman, and read articles perpetuating such problematic narratives." Right. And this normalization undermines the complex historical legacies that lurk beneath, and it moves the discussion away from the fact that things are still not quite right.

Second, her story about growing up as an Asian woman is...distressing. It reminds me of Cathy Park Hong's observation in Minor Feelings: "From invisible girlhood, the Asian American woman will blossom into a fetish object. When she is at last visible—at last desired—she realizes much to her chagrin that this desire for her is treated like a perversion. This is most obvious in porn, where our murky desires are coldly isolated into categories in which white is the default and every other race is a sexual aberration. But the Asian woman is reminded every day that her attractiveness is a perversion, in instances ranging from skin-crawling Tinder messages ('I’d like to try my first Asian woman') to microaggressions from white friends." Why can't Asian bodies be left alone?

Lastly, just a broader takeaway. I wish I had read something like this after high school. I grew up somewhat knowing these things but without the sort of clarity and wisdom that books like this one offer—reading this would've helped me better understand the world around me as I was entering college, especially because some of the Asian people around me did not talk about these things and pretended as if there was no serious problem at all.

Fon
169 reviews13 followers
December 28, 2021
As much as the term “racial fetishization” is thrown around, I can’t seem to provide a definitive explanation; for me, it’s “I know it when I see it.” That’s where Not Your Yellow Fantasy comes in. Even though the book doesn’t clear up all of my lingering questions, the book was impactful enough to push me to think further about the overlooked angles of racial fetishization that should be addressed. 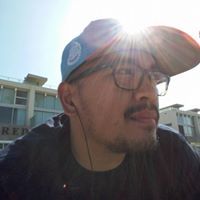 A thorough examination of a personal journey coupled with extensive resources and research on the history of Asian fetishization was a joy to read. Encouraging to folks of the AAPI community to venture forth in a journey for ourselves and the rest of our world.
Rhea
21 reviews
November 6, 2022
not super related to what i though about this book but i will say that me and other asian women who majored in asian studies in college and have come across *those guys* deserve financial compensation…an extremely important topic and am glad it’s being talked about
Jiaqi
4 reviews6 followers
August 13, 2022
One of the few books that exist to discuss this issue. Thank you Giboom.
Angie Lee
5 reviews1 follower
March 30, 2021
Not the most polished style of writing, but this is the least important element of this book. It actually reflects the internal struggles Giboom must have had writing this book. It’s hard to do this much research, even less write a whole book, on a topic you’ve constantly been invalidated of all your life. Addressing the fetishization of ESEA women is central to decolonizing feminism (which is SORELY needed) and this book is invaluable in that it is dedicated to just that. It gives me the language to process my own internalized urge to dismiss yellow fever as a preference and instead reclaim agency over my body and feelings. It’s also an important resource for allies from other ethnic groups, to make this community more visible to others, and to decenter the white gaze from defining non-white communities.

I especially liked how Giboom described the effects of microaggressions from the perspective of mental health. Because it doesn’t leave a mark, microaggressions are often overlooked as ‘micro’, when this isn’t the case at all. The stares, double-takes, sudden change of air, awkwardness - all of these attitudes, when consistent, are bound to make someone hypervigilant, aka socially anxious 24/7, which literally messes with your life expectancy. Microaggressions are anything BUT micro.

ESEA women fight for ourselves, but more importantly we fight so that little girls - our sisters and our children- who look like us would never have to go through what we did. It gives me so much strength to see fellow ESEA women, especially Korean women, fighting for the same cause!
Bookworm
1,799 reviews59 followers
April 11, 2021
A sadly timely book with the recent spate of reports of anti-Asian and Pacific Islander violence, the shooting in Atlanta, etc. It came through my library holds and so seemed like a good pickup to read.

The author looks at the trope of the "yellow fantasy" as the author says. From "yellow fever" to media tropes and stereotypes to seemingly innocent questions such as "where are you really from?" Many of the familiar stereotypes such as sex tourism, hypersexuality, the perceived docility, the way Western media presents and perceives stories involving members of the AAPI community, etc.

While interesting, the book itself is a mess. It's a combination of memoir, thesis, analysis, commentary, etc. I could never figure out what the book was trying to be and it felt very much like a draft that was not hammered out. It was also confusing because endnotes took up pages and made me think I might be the end of a particular chapter when it was really only the end of a section. I'm not sure if this was an issue with my e-book but it also makes the book much longer than it really is.

The topics that Park covers are extremely important. But I'd recommend reading this with supplementary material and perhaps looking up other resources (as mentioned by Park) if you have a specific interest and want to know more.

Library borrow and that was best.
Displaying 1 - 9 of 9 reviews