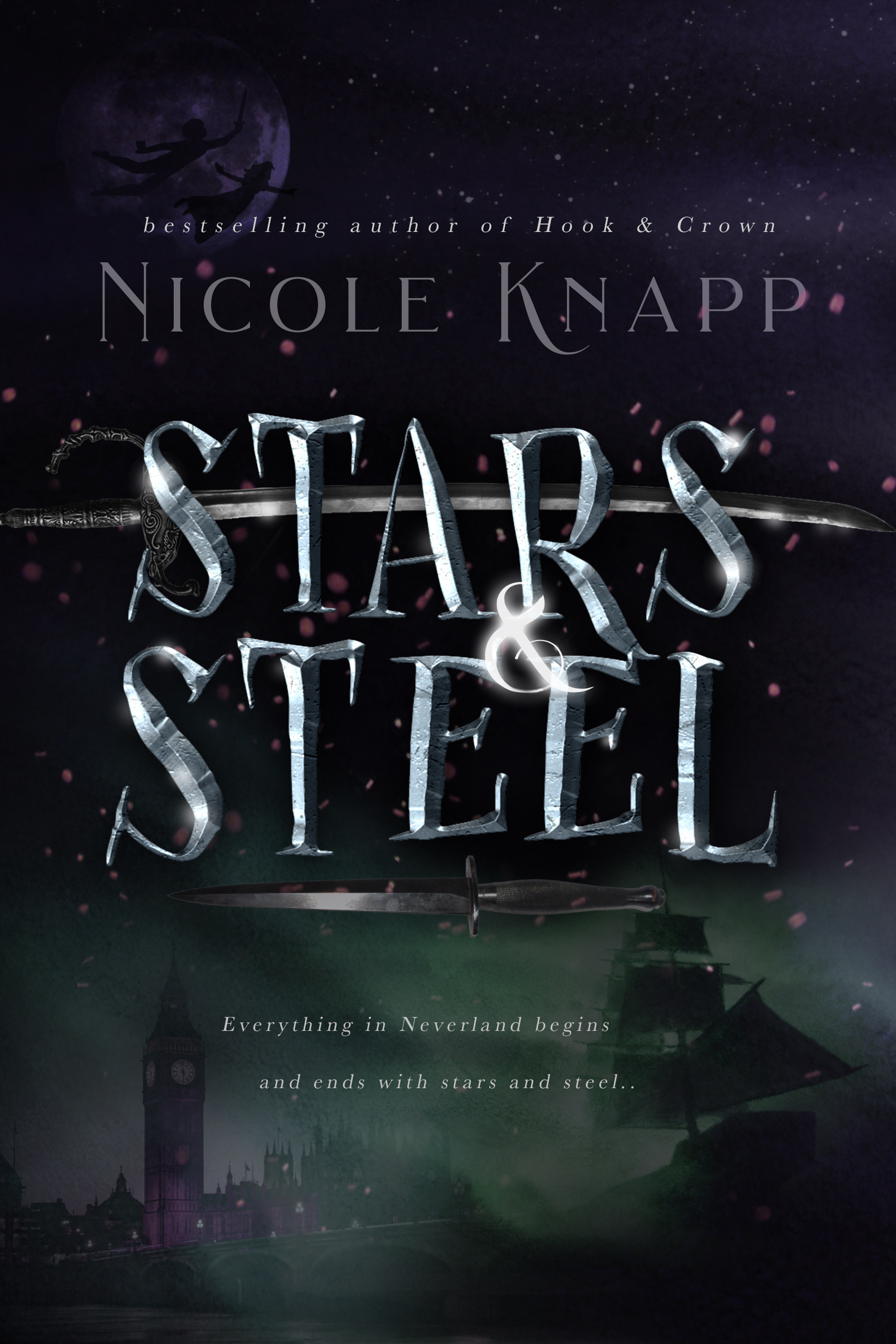 3.20
15 ratings3 reviews
Rate this book
After escaping Neverland, Elena and Will are looking forward to starting over and moving on with their lives. But plagued by nightmares and the harsh realities of the real world, getting a fresh start is proving to be easier said than done. Just when they wonder if things can possibly get worse, an all too familiar fairy appears to burn what remains of their lives to the ground.


Fully aware that they are flying straight into a trap, Elena and Will set off on a rescue mission to the last place they ever thought they would see again. Neverland.


Just as deadly as before, the island awaits, ready to rip them apart and destroy everything they love. Boundaries will be pushed, relationships will be tested, and not everyone will make it out alive. How do you stop a villain who does not die?
When it comes to Neverland, everything begins and ends with stars and steel.

4 books40 followers
Nicole Knapp is originally from California, currently living in Oklahoma. She loves to read and write Young Adult Romance, fantasy, and the classics. The Missing Piece is available from Amazon in paperback and Kindle version. Hook & Crown, a dark and twisted retelling of Peter Pan, is set to release in Autumn 2019 from Parliament House Publishing.

Creeper Pan lives and to take revenge on Not-Wendy, he kidnaps Moneybags, Not-Wendy's one-hour stand (yup, because she was so heartbroken and didn't know if she could move on right after she left Captain Hooker, so she dated the cute guy to cure her heart) because Creeper Pan thought people thought Moneybags is important.

I mean, he literally gets dumped as soon as Hooker shows up again. No one - not a single soul - cares about him.

So I'm surprised Not-Wendy lays her life (and Hooker's) down for a boy she met for 3 minutes, dated and dumped in a less than 5 hours, and gaslighted into thinking he shouldn't be mad at her for all the things she did.

If there's one thing I loved about this book, it's Cash (I'm sorry for calling you Moneybags, but your name is the best thing about you) because he's the only thing that makes sense. Boy wakes up in Neverland, gets tortured by the ex of a girl he dated for not even a day, and he has no clue what the heck is going on. Instead of moping around, he pulls his crap together and calls out the girl for all of this happening to him and what does he get? She blames him for being angry!

Anyway, Cash just realized he doesn't give a single f*ck anymore which is apparently something the author did too with this book because none of it made sense, zero cohesion whatsoever, Creeper Pan mentally saying he has a plan over and over only for his plan to suck, having shifting POVs that lasts for 2-3 sentences and adds zero value to the story, and god-awful sex between an underaged girl with a guy of undisclosed age. Final straw was apparently you could forgive atrocities after a simple declaration of a change of heart (which by the way happens in a snap).

Stars & Steel is a quick read, thankfully. I feel like it needs more beta reads as the story felt so pointlessly repetitive that you could literally read only the first line of a paragraph and skip to the next and still won't miss anything important. It's a waste of a good premise, sadly, with characters having change of hearts so fast I could have snapped my neck in the whiplash, characters that pop in and out of the story with no relevance at all, a practically non-existent plot...

Full review soon on my blog.

Jessica
261 reviews6 followers
January 18, 2022
*I was sent a copy of this book by the publisher in exchange for my honest review. All thoughts and opinions are my own*

I loved how fast paced this was, I loved the fact that this was a dark Peter Pan retelling that I could never tell what was coming next, and I loved how we got more than two POV's in this one.

If you're looking for a dark fairy tale retelling, I'd check this duology out.
Fierymermaidbooks
247 reviews18 followers
May 1, 2021
This was a really good conclusion to the storyline! I absolutely loved watching Will and Elenas story! I really enjoyed how fast paced this book was! I enjoyed the storyline that she developed for Aiden in this one! And the love triangle is one of the best ones that I have read!
Displaying 1 - 3 of 3 reviews