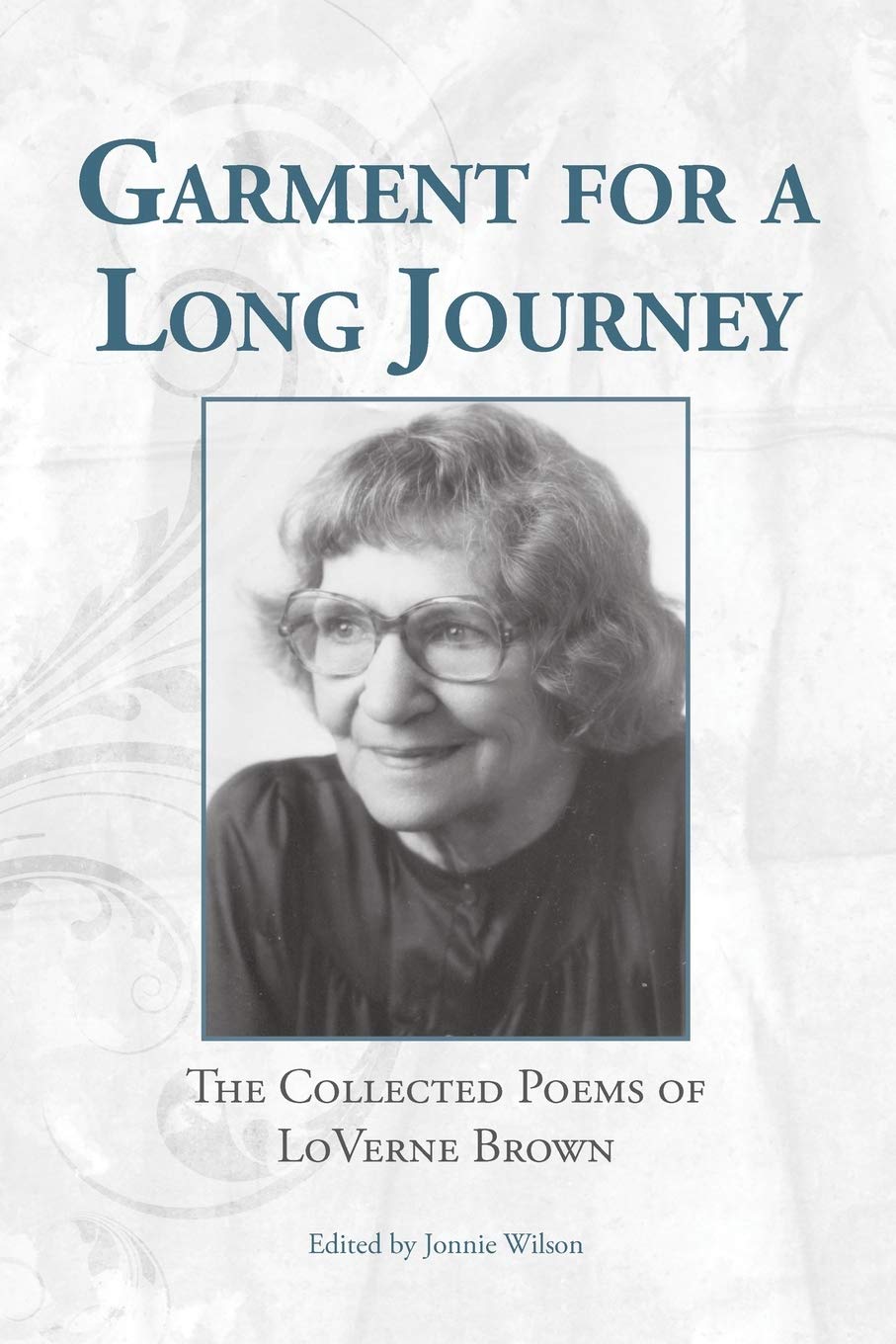 Garment for a Long Journey: The Collected Poems of LoVerne Brown

While “Meeting of the Mavericks” might be her most famous poem (immortalized in The Maverick Poets, edited by Steve Kowit in 1988), her poem “Wild Geese” has become my touchstone for loss: “the perfect rose came perfectly apart,/tossing its petals into a spiraling wind.” The perfection in Brown’s poem is not just her euphony, but her ability to compress language and still get her arms around the multifaceted nature of a person or event. As with so many of Brown’s poems, the narrative has verisimilitude (When Brown’s husband died of a heart attack in 1952, Brown became a single parent long before women had the civil law protections against discrimination at work or in housing).

”The Rapist’s Child,” on the other hand, is a long narrative poem that gives compulsory pregnancy the long, concrete look that the topic seldom gets. When we think of Brown whose life spanned 1912-2000, we get a pre-Roe-v.-Wade perspective. “There was no way to tell you,” the narrator says, nevertheless telling her husband. “It was all locked up in my head....” Poetry is not always a key in these poems. “The Rapist’s Child” ends with an honest lie, honest because it clearly delineates the limits of love.

Brown's love of poets comes through in the number of poems addressed to other poets. Many of them, such as "The Life of a Minor Poet," were sprinkled throughout her earlier books, but Garment for a Long Journey introduces a new section titled "Poems About Poets and Poetry" that shows Brown's practice of using the writing form for the people who appreciated it. One particularly beautiful new poem is "For Wanda Coleman." Although Coleman is often thought of as an LA poet, Coleman read in San Diego frequently, perhaps because her in-laws Franklin and Roselyn Strauss hosted the Poets' Circle in Ocean Beach, which Brown founded. "Some books bleed /when hands touch them," Brown writes. While she is writing of Coleman, she might as well be writing of her own books.

What Brown thought Coleman's poetry might have brought to hers remains unstated. Both poets wrote with an edge. Without doubt, poetry flowed through Brown.

New sections include poems for her family and humorous poems, poetry of everyday use. Her wit cut fast and clean, as in "Modesty Is Where You Find It":

At some point, a book about Brown's life as a working widow needs to be written. Despite her long career with the City of San Diego, Brown came from that generation who lived when a single-women were denied home loans, yet she never used her poetry to attack this personal injustice. Instead, she takes on the larger system in poems like "Shell Games," a devastating poem about the damage wrought by the status quo. The poem focuses on a father, Chandler, nothing like Brown, but in her empathy for him she compresses several major arcs from his life into the poem. "Shell Games," is one of the many poems in the book that "bleeds."

One of the new poems, "The Runner" maintains that empathy to the edge of Brown’s own life. The poem tells of an encounter with an old friend who has lost her mind. I once asked Brown if she'd seen Roselyn Strauss. She and her husband Franklin Strauss hosted the OB Poets' Circle, which had been the energetic core that spun off Kowit, Terry Hertzler, Jesus Papoleto Melendez and ultimately Brown herself. Brown said that although Strauss still walked around OB, she was "gone" in her mind. Strauss had lost poetry. "The Runner" sounds like Brown's attempt to reach Strauss and bring readers as close to the edge as possible. The thought of a poet writing "The Runner" so late in life is daunting but, nevertheless, an excellent example of how long a journey Brown was willing to make.

Garment for a Long Journey is a book that shows if you write away from yourself, you can't help but take yourself farther than life allows.